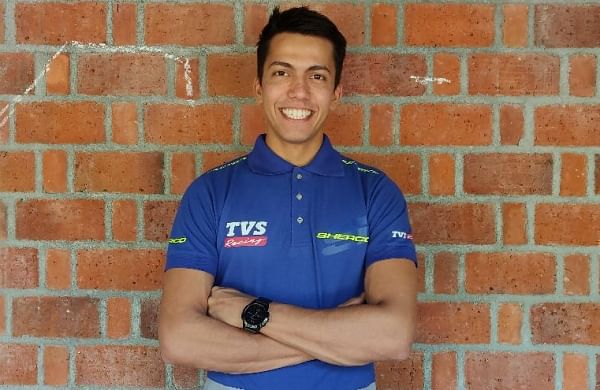 BENGALURU: TVS Racing team’s Harith Noah is all set to represent India at the Dakar 2022, the toughest cross country rally in the world, scheduled to be held in Saudi Arabia from January 1 to 14.

Noah, who is currently training in Spain to fine-tune his navigation skills after training with Sherco star Michael Metge in France, will be leaving for Jeddah about a week before the event.

Noah, who finished his maiden Dakar in the experience class in 2020, became the fourth rider from India to take part in prestigious rally after CS Santosh, Ashish Roarane and Aravind KP.

He excelled with a stunning effort in 2021 to become the first top-20 rider representing India.

This year will be his third at the Dakar.

“I am in the best shape physically after over 6 months of training and riding at the beach in my hometown in Kerala post last Dakar. Since September, I have been in Europe to focus more on roadbooks and navigation training. Two weeks ago, the team went to Morocco again as it is a good place to train with the long roadbooks similar to the Dakar,” the five-time National champion in Supercross said in a statement.

“The bike is brand new and I will be riding a nimble, lighter machine that is easier to ride and much more comfortable in technical sections. Navigation is another area I am focusing on and the goal is to finish the rally,” said Noah, a Sports Science graduate.

The roll call for the 44th edition of the Dakar would be in Jeddah, but things will only get serious in Ha’il.

Riyadh, the capital, will host the rest day, following which the field will head back towards Jeddah for the finale.

The Dakar this year will be part of the FIA and FIM World Rally Championships for cross-country rallying.

The prologue will begin at Jeddah on January 1 with a trek to Ha’il, located at the crossroads of the historical trade routes of Saudi Arabia.

A 19-km mini-special will spice up the long transfer.

Denial of responsibility! TechiLive.in is an automatic aggregator around the global media. All the content are available free on Internet. We have just arranged it in one platform for educational purpose only. In each content, the hyperlink to the primary source is specified. All trademarks belong to their rightful owners, all materials to their authors. If you are the owner of the content and do not want us to publish your materials on our website, please contact us by email – [email protected]. The content will be deleted within 24 hours.
Dakardakar 2022Harithharith noahIndianews updateNoahrepresent
Share

Brightest comet of 2021 to pass by Earth on 12 Dec; here’s all you need to know- Technology News, Firstpost

Inside ‘The Bear’s’ Michelin-starred plan…

ISL: Odisha FC get Raynier Fernandes on loan from Mumbai…

The 18 Best Wireless Headphones for Everyone

Wimbledon 2022: No Russians, no rankings, but Serena is back