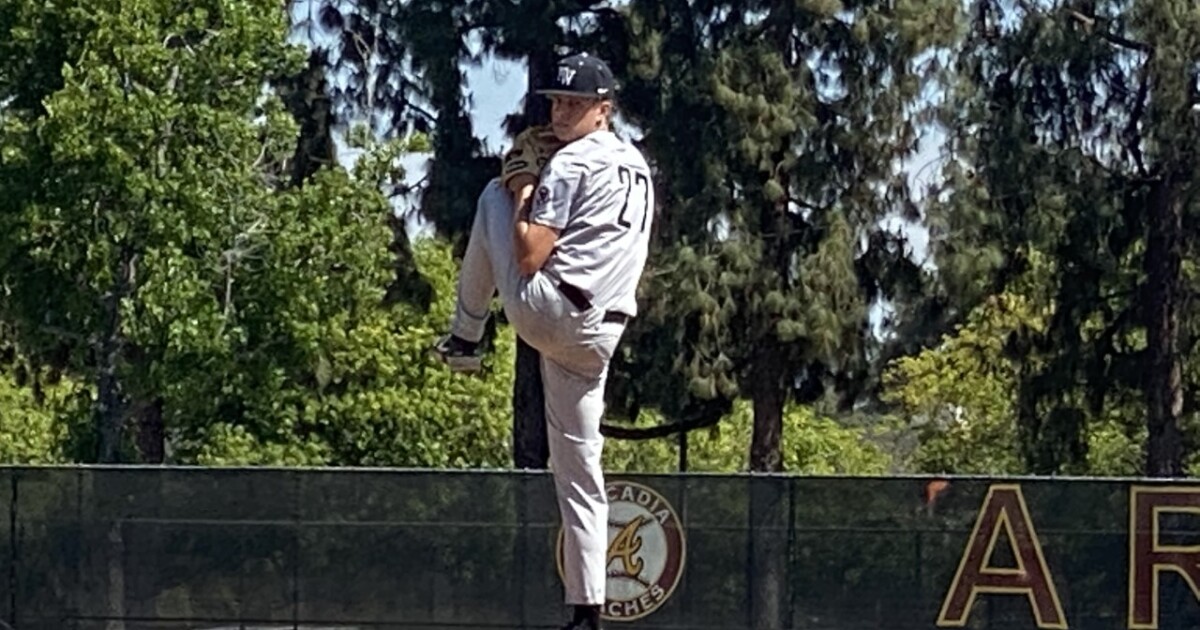 To understand what 15-year-old freshman Bryce Rainer of Studio City Harvard-Westlake has accomplished in his first high school baseball season, you have to be reminded that two first-round draft picks out of the same school, Jack Flaherty and Lucas Giolito, never reached a similar skill level as freshmen.

On Tuesday in a second-round Southern Section Division 1 playoff game, Rainer became the first Harvard-Westlake freshman to earn a playoff victory. He struck out nine in five innings and allowed one hit in a 13-0 victory over Arcadia. He’s 8-0 this season and batting .391. The impact he’s had speaks for itself in comparison to pitchers Flaherty and Giolito. Flaherty was 6-2 with a 2.51 ERA as a freshman in 2012. Giolito was 1-0 with a 5.91 ERA in 2009.

“Lucas didn’t throw enough strikes as a freshman,” LaCour said. “Jack did throw many strikes, but Jack’s stuff as a pitcher was steady progress through the years. He didn’t come in as a freshman with the stuff Bryce has. Bryce is also a pure hitter.”

Yes, Rainer could still end up being a better hitter than pitcher if you believe his coaches. It’s going to be the same situation Flaherty faced early in his high school days when he was a third baseman and pitcher and people wondered what skill he’d be better at.

“I’m not quite sure what he’s going to be,” LaCour said.

Catcher Jakob Galloway said Rainer’s command was his best this season as far as accuracy with his pitches.

The No. 2-seeded Wolverines (26-4) scored six runs in the fourth inning to open a 7-0 lead. Two runs came home on wild pitches. Alex Shane had an RBI single, Andrew Citron contributed a two-run double and George Cooper added an RBI single. Bennett Markinson and Jordan Kang each finished with three hits. Harvard-Westlake will face Cypress in the quarterfinals.

JSerra 4, Capistrano Valley 0: The top-seeded Lions got a combined no-hitter in their Division 1 opener. Gage Jump struck out 13 in six innings.

Cypress 4, King 2: Neil Jansen hit a two-run home run in the sixth to lead Cypress. Braden Genera struck out seven and walked none in six innings.

Calabasas 4, Lakewood 1: Chase Call had three hits for the Coyotes, who will play Hart on Friday.

Yorba Linda 2, Alemany 1: Yorba Linda held on and will play Camarillo in a Division 2 quarterfinal.

Esperanza 5, Murrieta Mesa 2: The Aztecs pulled out the 11-inning win on a walk-off three-run home run from Hannah Coor.

Loading...
Denial of responsibility! TechiLive.in is an automatic aggregator around the global media. All the content are available free on Internet. We have just arranged it in one platform for educational purpose only. In each content, the hyperlink to the primary source is specified. All trademarks belong to their rightful owners, all materials to their authors. If you are the owner of the content and do not want us to publish your materials on our website, please contact us by email – [email protected]. The content will be deleted within 24 hours.
BrycecomparisondeservesDraftfirstroundfreshmanHarvardWestlakenews update
0
Share

5 things to know before the stock market opens Tuesday