Notice: amp_is_available was called incorrectly. `amp_is_available()` (or `amp_is_request()`, formerly `is_amp_endpoint()`) was called too early and so it will not work properly. WordPress is currently doing the `pre_get_posts` hook. Calling this function before the `wp` action means it will not have access to `WP_Query` and the queried object to determine if it is an AMP response, thus neither the `amp_skip_post()` filter nor the AMP enabled toggle will be considered. It appears the theme with slug `publisher` is responsible; please contact the author. Please see Debugging in WordPress for more information. (This message was added in version 2.0.0.) in /home/runcloud/webapps/techilive/wp-includes/functions.php on line 5313
 Have always prepared myself for all three formats: India pacer Bhuvneshwar Kumar - TechiLive.in 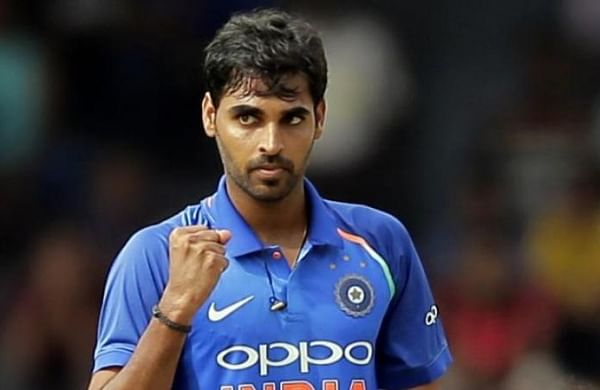 Have always prepared myself for all three formats: India pacer Bhuvneshwar Kumar

NEW DELHI: India pacer Bhuvneshwar Kumar on Saturday said that he has always prepared himself keeping in mind all three formats of the game, and his efforts are not impacted by team selection.

In the 20-member squad selected for the World Test Championship (WTC) final and the five-match Test series against England, Bhuvneshwar did not find a place in the squad.

Bhuvneshwar did get injured in the middle of the Indian Premier League (IPL) 2021 but after missing two matches, he did make a comeback for the SunRisers Hyderabad (SRH).

“There have been articles about me not wanting to play Test cricket. Just to clarify, I have always prepared myself for all three formats irrespective of the team selection and will continue to do the same. Suggestion — please don’t write your assumptions based on sources,” tweeted Bhuvneshwar.

The Board of Control for Cricket in India (BCCI) has made a foolproof plan for the national team before they depart for the UK to play the World Test Championship (WTC) final against New Zealand and the five-match Test series against England.

Speaking to ANI, sources in the know of the roadmap drawn said arrangements have been made for all the players to undergo three RT-PCR tests before assembling in Mumbai on May 19.

“The players will be undergoing three RT-PCR tests at their homes, and once they return negative tests, they will be assembling in Mumbai on May 19. Everyone in the contingent will be undergoing 14-day quarantine in India before they leave for the UK on June 2,” said the source.

Loading...
Denial of responsibility! TechiLive.in is an automatic aggregator around the global media. All the content are available free on Internet. We have just arranged it in one platform for educational purpose only. In each content, the hyperlink to the primary source is specified. All trademarks belong to their rightful owners, all materials to their authors. If you are the owner of the content and do not want us to publish your materials on our website, please contact us by email – admin@techilive.in. The content will be deleted within 24 hours.
BhuvneshwarBhuvneshwar KumarformatsIndiaKumarnews updatepacerPrepared
0
Share