Notice: amp_is_available was called incorrectly. `amp_is_available()` (or `amp_is_request()`, formerly `is_amp_endpoint()`) was called too early and so it will not work properly. WordPress is currently doing the `pre_get_posts` hook. Calling this function before the `wp` action means it will not have access to `WP_Query` and the queried object to determine if it is an AMP response, thus neither the `amp_skip_post()` filter nor the AMP enabled toggle will be considered. It appears the theme with slug `publisher` is responsible; please contact the author. Please see Debugging in WordPress for more information. (This message was added in version 2.0.0.) in /home/runcloud/webapps/techilive/wp-includes/functions.php on line 5313
 Have developed temperament to play against big sides: Indian women's hockey team goalkeeper Savita Punia - TechiLive.in 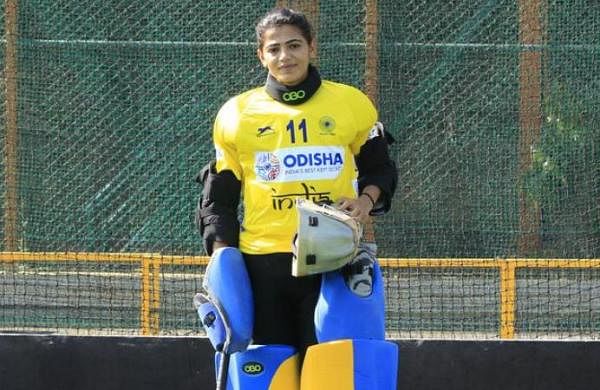 BENGALURU: Over the past couple of years, Indian women’s hockey team has established itself as strong contenders in Asia having won silver at the Asian Champions Trophy 2018, Asian Games in 2018, and Gold at the 2017 Asia Cup.

Now, the team is ready for bigger feats feels India’s vice-captain and ace goalkeeper Savita Punia. “We have achieved good results at the Asian-level tournaments. Playing well in these events has given the team, particularly youngsters, a sense of what it really takes to do well at big tournaments. Now, I feel we are ready for bigger feats,” said Savita in an official Hockey India release.

It has been exactly two years since the Indian women’s team won silver at the Asian Champions Trophy in 2018. Commemorating the success, Savita said there is a lot of difference in how the team plays now.

“In these three years we have grown a lot as a team and many of our young players have stepped up in their roles. We have improved our attack and we play with good speed, there are a lot of positive changes within the group. In fact, our fitness levels have majorly improved over the years which has, in turn, helped us improve our overall performances,” she said.

Throwing light on the mental toughness of the team, Savita feels they have developed the right temperament required to face top teams of the world.

“With the exposure, we have got in this Olympic cycle, I feel we have developed the right temperament to play top-class teams. If you have seen our recent performances, we have tried to come back into the game after initial setbacks or after conceding early goals. We don’t give up until the last whistle,” she emphasised.

Speaking of the ongoing national coaching camp and the areas the team is focusing on, Savita said: “Our focus right now is on fitness and playing high-intensity sessions and setting our body clock to the time we will be playing in Japan. The weather condition in Tokyo is going to be quite challenging and we are preparing for that as well. We are not letting the current pandemic situation hamper our spirit. We are staying optimistic, eyes set on our goal and pursuing each day with an aim to succeed at the Games.”

Denial of responsibility! TechiLive.in is an automatic aggregator around the global media. All the content are available free on Internet. We have just arranged it in one platform for educational purpose only. In each content, the hyperlink to the primary source is specified. All trademarks belong to their rightful owners, all materials to their authors. If you are the owner of the content and do not want us to publish your materials on our website, please contact us by email – admin@techilive.in. The content will be deleted within 24 hours.
Loading...
bigdevelopedhockeyHockey IndiaIndianIndian hockeyIndian Womens Hockeynews update
0
Share