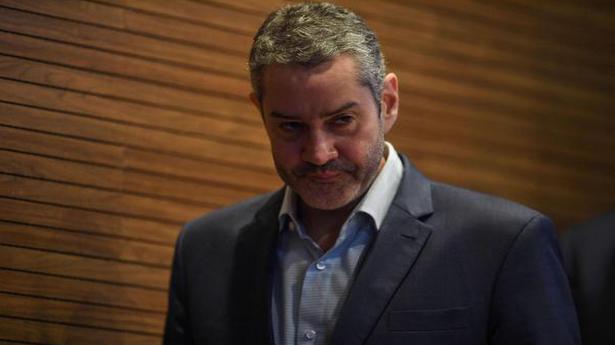 The president of the Brazilian Football Confederation (CBF) has been removed from office for 30 days by the organisation’s ethics commission, it said on Sunday.

“According to the entity’s statutes, by seniority, vice-president Antonio Carlos Nunes de Lima will take over in the interim,” the CBF said in a brief statement.

“The decision is secret and the process will proceed before the aforementioned commission with the aim of investigating the complaint that was presented.”

The decision to remove Caboclo comes just a week before the Copa America is due to kick off in Brazil and amid turmoil on and off the field ahead of a tournament scheduled to run from June 13 to July 10.

Brazil was unexpectedly chosen to host the tournament featuring 10 South American teams last week after Colombia was removed due to civil unrest and co-host Argentina pulled out after a surge in COVID-19 cases.

But the decision appeared to anger the Brazil players and coach and they promised to make a public statement on Tuesday on whether or not they will play in the tournament.

The furore has rocked the soccer-mad nation and came amid reports that Caboclo was under investigation after having been accused of sexual harassment by a female employee.

Globoesporte, the sports web site that broke the news, said the 48-year-old had made sexual comments and was abusive to an unnamed female employee. The newspaper interviewed the employee, and reported her allegations.

Denial of responsibility! TechiLive.in is an automatic aggregator around the global media. All the content are available free on Internet. We have just arranged it in one platform for educational purpose only. In each content, the hyperlink to the primary source is specified. All trademarks belong to their rightful owners, all materials to their authors. If you are the owner of the content and do not want us to publish your materials on our website, please contact us by email – [email protected]. The content will be deleted within 24 hours.
Loading...
Brazilian Football ConfederationBrazilsCBF presidentCommitteeConfederationEthicsethics commissionfootball fixtures
0
Share