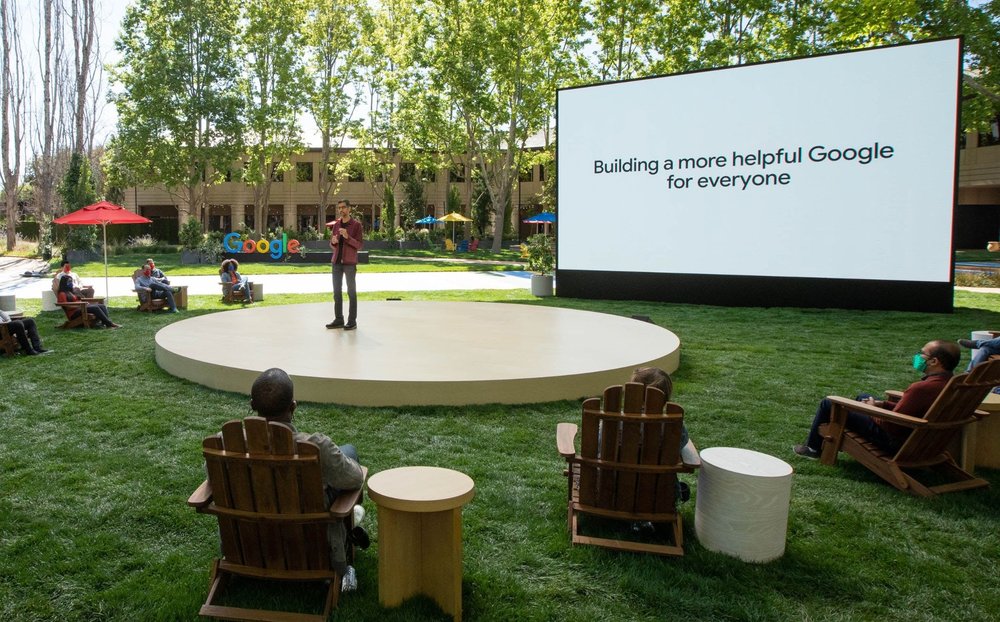 Here are the 6 biggest announcements from Google I/O 2021

Google I/O 2021 has just wrapped up, and as expected, it was packed with new information and exciting announcements. After all, Google was forced to skip the developer conference last year due to the pandemic, so it’s no surprise that COVID-19 was a key focus of the event. In fact, Google CEO Sundar Pichai kicked off I/O 2021 with an update on Workspace, which has kept many companies organized over the past year. That was just one of the big announcements, though, and you can check out the rest below.

Today’s Top Deal This is the most popular iPhone case we’ve covered in 2021 – now it’s down to the lowest price ever! Price:$15.99

With many of us working from home and planning to continue to work from home for the foreseeable future, Google Workspace has become one of the company’s most important services. It’s now been 15 years since Docs and Sheets arrived, but Google has been regularly updating its productivity suite ever since, including several new features revealed at I/O as part of smart canvas. Going forward, you will be able to @-mention to pull up a smart chip showing you additional information about all of your coworkers, apply a new pageless format to eliminate the boundaries of a document, react with emojis in Docs, start a Google Meet call directly from Google Workspace, and more.

AI doesn’t always live up to its name, but at I/O this year, Google gave us a sneak peek at a new language model called LaMDA (Language Model for Dialogue Applications) that is capable of having free-flowing conversations with users about a near-infinite number of topics. During the keynote, we saw demos of LaMDA talking to someone as if it were Pluto and a paper airplane, answering all their questions and sharing information about the subject while encouraging further discussion.

Google Maps is increasingly becoming one of the company’s smartest apps, and that will continue in the coming weeks and months with all of the updates Google has planned for its navigation platform. Maps will choose routes least likely to need handbraking, new Live View enhancements will show you helpful details about stores and restaurants, busyness information will be available for entire areas, and your personal map will now be tailored to suit the time of day and location.

Android 12 made its long-awaited debut at Google I/O on Monday, and as the leaks suggested, this is a total design overhaul for the mobile operating system. Android is going to be more customizable than ever before, with custom color palettes and new widgets that you can place wherever your heart desires. Virtually everything has been reimagined, and you can read all about it here.

Google and Samsung are tired of competing in the wearable field, so Wear and Tizen are combining into a single platform. Switching between apps is faster and easier than ever, there are more ways to customize the Wear home screen carousel, and Maps and Assistant are being redesigned for the new platform. It’s also going to be easier to build apps for Wear, which means new and updated apps from Strava, adidas Running, Bitmoji, and Spotify are all in the works.

As sick as we all are of Zoom, Skype, and Meet calls, being able to connect with friends, family members, and coworkers has been vital over the last year. Google wants to take that one step further with Project Starline, which it describes as “a technology project that combines advances in hardware and software to enable friends, families and coworkers to feel together, even when they’re cities (or countries) apart.” Rather than try to describe it in any more detail, I’ll just point you to the video above.

Denial of responsibility! TechiLive.in is an automatic aggregator around the global media. All the content are available free on Internet. We have just arranged it in one platform for educational purpose only. In each content, the hyperlink to the primary source is specified. All trademarks belong to their rightful owners, all materials to their authors. If you are the owner of the content and do not want us to publish your materials on our website, please contact us by email – [email protected]. The content will be deleted within 24 hours.
Loading...
Android 12AnnouncementsBiggestgadget updateGoogleGoogle I/O 2021tech newstech update
0
Share