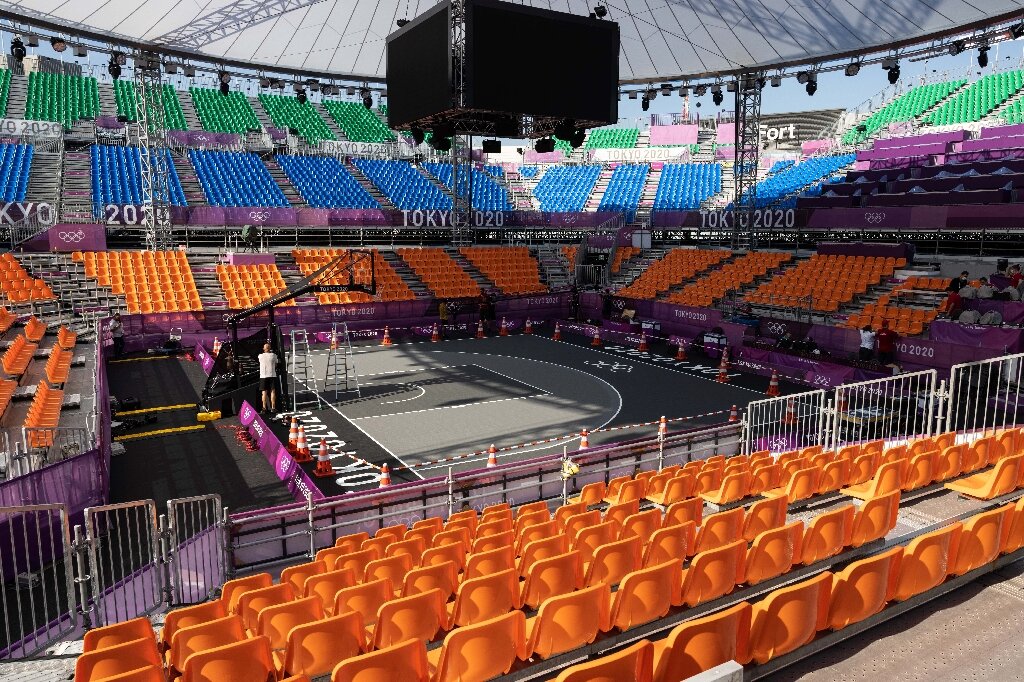 There’ll be no fans in the stands, and less media on the ground, so when it comes to covering the Tokyo Olympics, broadcasters are relying on technology to give viewers a more vivid experience.

After the coronavirus pandemic forced the Games to be postponed for a year in 2020, many broadcasters went back to the drawing board in their plans for coverage.

Olympic Broadcasting Services have been in charge of filming and broadcasting the Games since 2008, but there’s never been one like this.

“The main commitment after the postponement (was) that we would not reduce at all the scope of what we’re doing,” said OBS CEO Yiannis Exarchos.

The footage will be distributed to television stations around the world that have broadcast rights.

Olympic broadcasts have come a long way since the first televised Games in Berlin in 1936, when three cameras captured images that were transmitted to an audience just a few kilometres away.

Broadcasters are now promising viewers an experience augmented with a range of new technology.

Among them is 3D Athlete-Tracking, a system being used by OBS that takes images from multiple cameras and combines them using artificial intelligence to show the sporting action from every angle.

“Take the 100 metres… you can go back after a few seconds and recreate the whole race by identifying the different peaks or speeds,” Exarchos said.

“You start understanding how such a fast race was actually run,” he said.

“This provides additional colour for commentators, but especially for viewers helps to really understand what goes on behind these incredible performances.”

For the first time, OBS will film the entire Games in ultra-high definition (4K).

And Japanese viewers with the very latest television sets will even be able to watch in 8K.

Japan’s national broadcaster NHK is a leader in the field and will be using cameras that were only recently developed.

“One of the strengths of 8K is that it displays the details of the way bodies move in unprecedented detail on the screen,” said Takayuki Yamashita, of NHK’s technological research centre.

But Laurent-Eric Le Lay, director of sports for French national broadcaster France Televisions warned against a “race of ‘Ks.”

France Televisions’ innovations for the Games include visual effects that will make the studio appear to be floating on Tokyo Bay.

“We’re creating a virtual glass bubble through which viewers will see Tokyo’s most beautiful buildings. There’s a lot of work involved in bringing this set to life.”

And there are specific techniques in place to compensate for the lack of spectators at a Games where organisers have barred almost all fans because of strict anti-virus rules.

OBS has used recordings from previous Games to create ambient sound adapted to each sport for use during the competition.

Athletes deprived of spectators will also be able to see fans cheering them on via screens in venues that will display mosaics of selfie videos sent in from around the world.

And some will be able to briefly speak to family on video screens at the end of their competition, though only for 90 seconds. While there will be video of their cheering relatives, there will be no sound.

The strict virus measures have forced many national broadcasters to send smaller teams to Japan and handle technical operations in their home countries.

France Televisions has reduced its team from the 210 in Rio to 180, partly because OBS’s adoption of IP and Cloud technology allows large files to be handled remotely.

“I think that for French viewers, it’s important that we’re on the ground and not in Paris trying to speak to athletes on Skype.”

And Exarchos says technology can only do so much.

“It’s technology at the service of storytelling,” he said.

“We love technology and we love sports. But we don’t want to get carried away.”

Japan to lift virus emergency one month before Olympics

Denial of responsibility! TechiLive.in is an automatic aggregator around the global media. All the content are available free on Internet. We have just arranged it in one platform for educational purpose only. In each content, the hyperlink to the primary source is specified. All trademarks belong to their rightful owners, all materials to their authors. If you are the owner of the content and do not want us to publish your materials on our website, please contact us by email – [email protected]. The content will be deleted within 24 hours.
Loading...
fanfreegadget updatehightechOlympicstech newstech updatetechi liveTokyo
0
Share