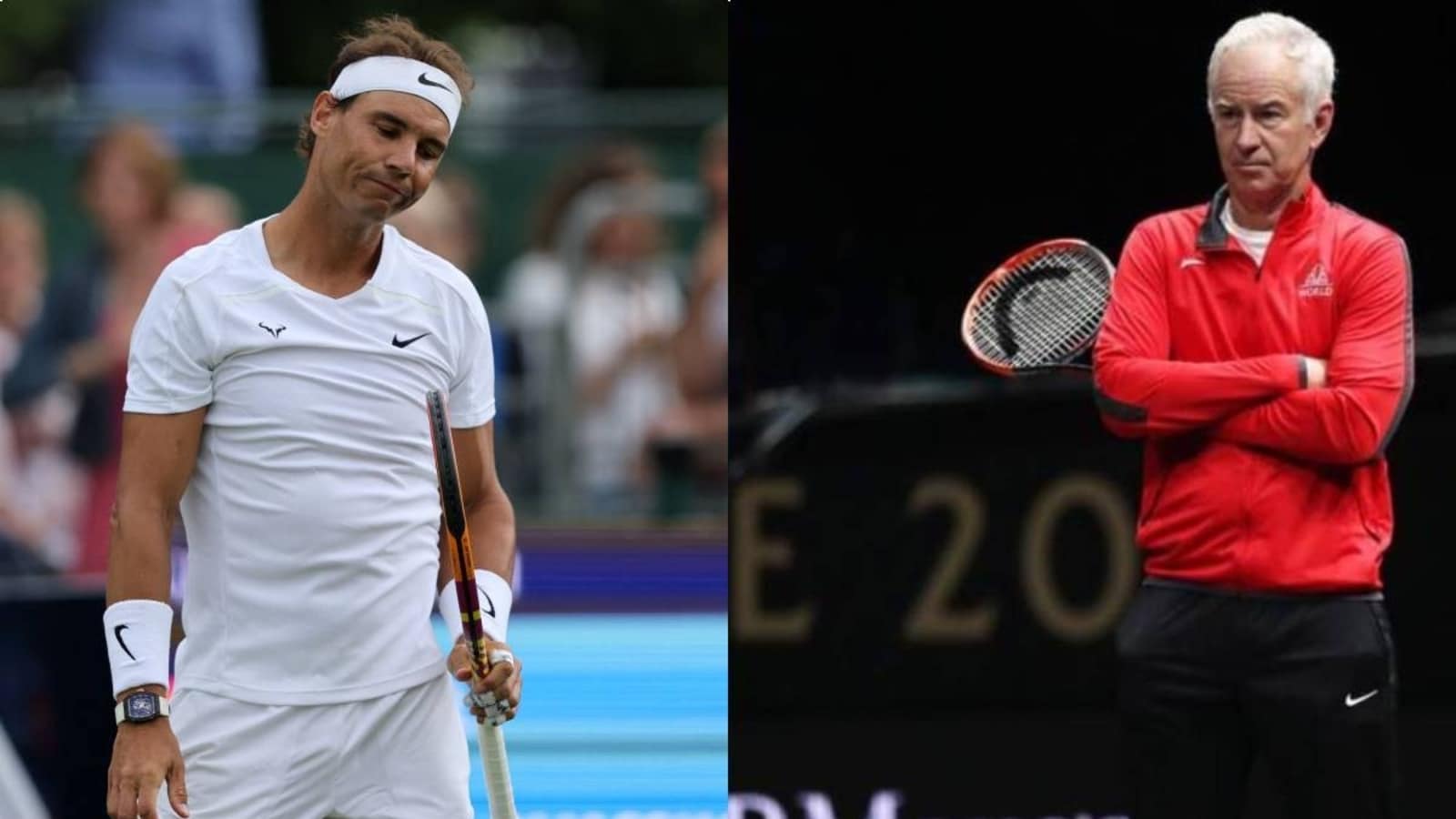 ‘His antics could get tiring. He looked good to me at French Open’: McEnroe blasts Nadal’s ‘didn’t feel my foot’ remark

Tennis legend John McEnroe called out on Rafael Nadal’s antics, claiming that the Spaniard’s statements concerning his foot injury “could get tiring for opponents”. McEnroe’s statement, which came in comparison to Novak Djokovic’s antics, came a day before Nadal’s Wimbledon 2022 opener at the Centre Court against Francisco Cerundolo.

Despite Nadal’s struggles with his chronic foot pain or the Mueller-Weiss syndrome, the 36-year-old claimed the Australian Open title and the French Open trophy to stand two ahead of Djokovic an Roger Federer in the all-time Grand Slam list.

However, in conversation with BBC presenter Sue Barker, McEnroe claimed that both Nadal and the Serb have contrasting approach to the sport despite both having won 42 Slams between themselves.

“Well they are totally opposite approaches,” the American pundit said. “Djokovic talks openly about wanting to have the most and Nadal acts like nothing matters except going out and giving an effort every point and every match.

“It seems to have worked pretty well for both of them if you go by the history and how many Grand Slams they have won, so whatever makes you happy and whatever brings out the best in you is probably what you should do. Sometimes I suppose it could get tiring to opponents to hear Rafa say ‘I didn’t feel my foot, I couldn’t even feel it!’

“You looked pretty good to me at the French and now all of a sudden he did some other procedure that I don’t even know what it’s called. Whatever it was and whatever it is he seems to feel pretty good and doesn’t have any pain and it’s unbelievable, and also I am glad they are on different sides.”

Nadal had revealed after his record-extending French Open win that his foot was numb during the final after he had taken anaesthetic injections on the nerves.

The 22-time Grand Slam winner then underwent a pulse radiofrequency treatment in his left foot before he headed to Wimbledon in a bid to keep his hope alive for the Calendar Slam, a feat yet to be achieved in men’s singles tennis since Rod Laver in 1969.

Denial of responsibility! TechiLive.in is an automatic aggregator around the global media. All the content are available free on Internet. We have just arranged it in one platform for educational purpose only. In each content, the hyperlink to the primary source is specified. All trademarks belong to their rightful owners, all materials to their authors. If you are the owner of the content and do not want us to publish your materials on our website, please contact us by email – [email protected]. The content will be deleted within 24 hours.
anticsBlastsdidntfeelfootFrenchgoodJohn McEnroe
Share

At any price, I wanted M.S. Dhoni, says CSK owner

When Anne Heche and Ellen DeGeneres were suddenly the most…