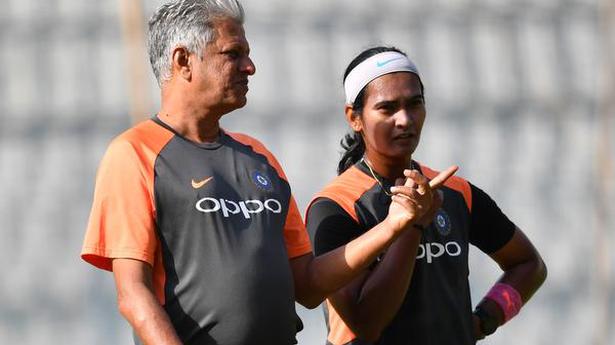 History repeats itself: first for the men, then for the women

In his letter of resignation from the Committee of Administrators, Ramachandra Guha emphasised the bane of the ‘superstar’ culture in Indian cricket. It was no surprise. Captains have decided whom they want as coaches, senior players have often been a law unto themselves, and former players have sometimes wielded an unhealthy influence.

So it shouldn’t come as a shock when similar charges are laid at the door of women’s cricket too. Perhaps it has something to do with our sporting DNA.

In his letter to the President of the Board of Control for Cricket in India following his removal as head coach, Woorkeri Raman said, “If some people in the system have been highly accommodative to the extent of being seemingly obsequious to an accomplished performer for years on end — and if that performer feels constrained to adhere to the culture — then I would leave it to you to decide if the coach was asking for too much.”

That’s a roundabout way of putting it, but the message is clear: there’s a superstar culture here, and we should do something about it.

Ramesh Powar is the fifth head coach in four years (he was also the third); four were sacked owing mainly to player pressure. In this period, India made it to the final of two World Cups — the ODI (2017) and T20 (2020).

Yet if there is some insecurity in the team, it is partly owing to this musical chairs with coaches, partly because there have been no annual contracts since September 2020, and mainly because the BCCI has done little to clear the uncertainties.

The BCCI, which took over the administration of the women’s game in 2006, has raised its profile but fails to bring to it the passion and seriousness which it brings to the men’s game.

When Powar was first removed from his post, Madan Lal was quoted as saying: “If you keep removing coaches, it would be better to keep a dummy who listens and acts according to the players. The coach is part of the team and takes decisions which should be abided by the team.”

Madan Lal is now part of the Cricket Advisory Committee that removed Raman after a short period in the job.

The last woman head coach Poornima Rau was sacked in 2017. She had this to say in a recent interview: “Put the players in their places, put the former cricketers in their places…Whoever these superstars are, they just build a wall around them, have agendas, there is a constant bickering within the team.”

Tushar Arothe, who succeeded Rau, said later, “There is a lot of politics in women’s cricket. What I have seen from very close quarters in the team is that, there is a lot of appeasement going on. I think the blame falls on former women players. Also, it is about the culture in the team. If a player doesn’t get along well with the coach, the latter is changed at their behest. Former players should strictly stay away…”

As coaches came and went, the team culture has remained the same. And it has been ignored.

Interestingly, Powar was replaced in December 2018 after a public spat with current ODI captain and legend of the Indian game, Mithali Raj who accused him of bias. Powar said Raj had been blackmailing the team by threatening to retire if she wasn’t asked to open the batting. As is usual in such cases, the question of patriotism also figured. It is important now that they clear the air to ensure India carry no baggage going into the new season.

Indian officials are well known for their balancing act when it suits them, sometimes using a coach to keep the captain in check, and sometimes the reverse.

The next World Cup is in 2022, and Mithali Raj has said it will be her last. She will be 40 at the end of next year. For years Indian women’s cricket was in the shadows, with the occasional world class player being feted.

Then came that terrific performance at the 2017 World Cup which was telecast live, and along with that came the commercial opportunities, invitations to play in domestic T20 tournaments abroad, financial contracts and a serious upgrade in status.

That has to be matched by a similar upgrade in BCCI’s response to the change. It can begin by talking to the last four coaches. To understand the superstar culture better.

Denial of responsibility! TechiLive.in is an automatic aggregator around the global media. All the content are available free on Internet. We have just arranged it in one platform for educational purpose only. In each content, the hyperlink to the primary source is specified. All trademarks belong to their rightful owners, all materials to their authors. If you are the owner of the content and do not want us to publish your materials on our website, please contact us by email – [email protected]. The content will be deleted within 24 hours.
historyindia coachindia women's cricket teamMadan Lalmennews updateRamesh PowarRepeats
0
Share