Notice: amp_is_available was called incorrectly. `amp_is_available()` (or `amp_is_request()`, formerly `is_amp_endpoint()`) was called too early and so it will not work properly. WordPress is currently doing the `pre_get_posts` hook. Calling this function before the `wp` action means it will not have access to `WP_Query` and the queried object to determine if it is an AMP response, thus neither the `amp_skip_post()` filter nor the AMP enabled toggle will be considered. It appears the theme with slug `publisher` is responsible; please contact the author. Please see Debugging in WordPress for more information. (This message was added in version 2.0.0.) in /home/runcloud/webapps/techilive/wp-includes/functions.php on line 5313
 Hitting the high notes with Samira Koppikar - TechiLive.in 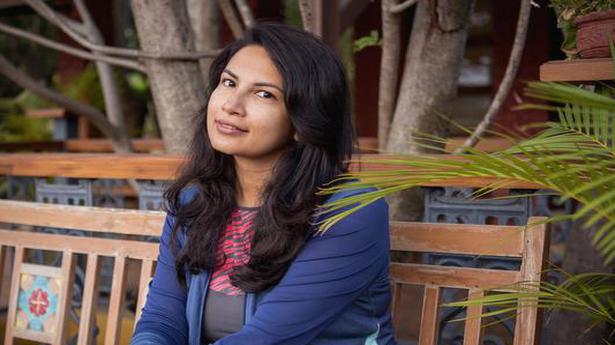 The talented artiste, who made her debut as a Bollywood music director with the song Maati Ka Palang for the film NH10, has not looked back since, dabbling in composing and singing for several hit numbers. In a quick chat, Samira talks about her musical journey, rediscovering herself creatively and her life’s philosophy.

How does the success of Ishq Tumpe Aise make you feel?

It’s just a beautiful feeling when your music reaches out to people. That’s what we make music for, and it’s very heartening to know that it makes a difference. I’m feeling really good and inspired to make more music.

What has your relationship with music been like since the early days? How has it has evolved over time?

Music, for me, started fairly early. Both my grandmothers were into music; one of them was a Carnatic classical singer and sang for radio, while the other was trained in Hindustani classical. My dad too, used to play the sitar, even though he was a doctor! So music was always somewhere there in the family, it’s in my DNA. Even though I studied interior design, I formed a band in college because I knew music is what I needed to do at some point.

How do you strike a balance as an artist — between music for yourself and music in the form of work?

When one plays their own music, it’s an extension of their ideology, experiences, sensibilities and vision. I don’t overthink about the audience too much. I mean, I do at some point, but my focus is on creating, it’s more organic that way.

However, when it comes to a web-series or feature film, it’s someone else’s vision then. One needs to be true to that, and find a balance to express the creativity in sync with it.

When there are other strong personalities involved with their own opinions, we have to still maintain our uniqueness and calm, and work in alignment with what’s best for the project.

With the whole pandemic transitioning us into the ‘new normal’, how different is your experience working these days?

It was a very surreal and difficult time initially. I think over the year we’ve got used to it, but when it first happened, I had all the time in the world and just felt creatively barren. It took me a few months to find my feet. Then whether it was happiness, sadness or depression, I put all my energy into music, which was extremely spiritual and healing.

I think things are also gradually opening up in terms of work, so that’s a good thing.

What do you hope to accomplish in the coming years?

I would love to continue doing my riyaaz, being regular and creating. Singing and composing is inseparable for me, and I hope to continue balancing both.

Year from now, I want to be true to my work and just concentrate on doing good music. The definition of good music is very relative, but in my understanding, it is a balance of good lyrics, melody and identity to the sound. I’d like to keep reinventing my sound.

Also, I have this philosophy of carrying people with me. I don’t like to work with people who are just famous; for me, it’s all about the right energy. I think it is crucial to carry along and nurture talent, and that is my vision.

Denial of responsibility! TechiLive.in is an automatic aggregator around the global media. All the content are available free on Internet. We have just arranged it in one platform for educational purpose only. In each content, the hyperlink to the primary source is specified. All trademarks belong to their rightful owners, all materials to their authors. If you are the owner of the content and do not want us to publish your materials on our website, please contact us by email – admin@techilive.in. The content will be deleted within 24 hours.
Loading...
entertainment newsEntertainment updateHighhindi album songshindi romantic songsHittingKoppikarnews update
0
Share