Notice: amp_is_available was called incorrectly. `amp_is_available()` (or `amp_is_request()`, formerly `is_amp_endpoint()`) was called too early and so it will not work properly. WordPress is currently doing the `pre_get_posts` hook. Calling this function before the `wp` action means it will not have access to `WP_Query` and the queried object to determine if it is an AMP response, thus neither the `amp_skip_post()` filter nor the AMP enabled toggle will be considered. It appears the theme with slug `publisher` is responsible; please contact the author. Please see Debugging in WordPress for more information. (This message was added in version 2.0.0.) in /home/runcloud/webapps/techilive/wp-includes/functions.php on line 5313
 House Committee Takes on Pricing, Patents for Top-Selling Drug Humira - TechiLive.in 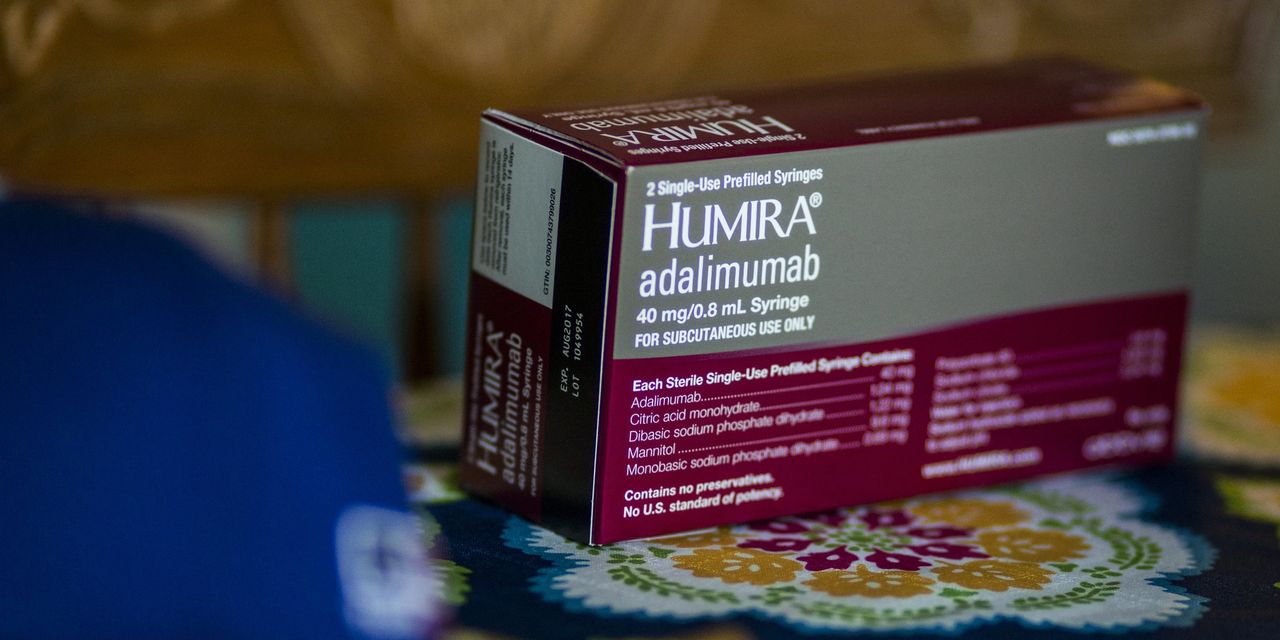 pricing practices for some of its top-selling medicines faced fresh scrutiny from federal lawmakers Tuesday, the latest effort by members of Congress probing the cost of prescription drugs.

Democratic members of the U.S. House Committee on Oversight and Reform have been investigating how AbbVie sets the prices of some of its products, including its top-selling immunology drug, Humira.

At the hearing, committee members questioned AbbVie Chief Executive Richard Gonzalez about price increases for Humira as well as AbbVie’s patents and other efforts to protect the drug from competition from lower-priced copies known as biosimilars.

Mr. Gonzalez said lowering drug prices alone wouldn’t increase access to prescription drugs for patients, including some Medicare patients. He said AbbVie provides medications to some patients who can’t afford them at no-cost or through co-pay assistance.

“Overall, most Americans have access to affordable medicines,” he said. “As we tackle the issues of drug pricing and access, it’s important that we focus on what’s working and what needs to change to make sure that patients get the medicines they need.”

The company “seeks to overwhelm potential competitors with the sheer number of patents on Humira regardless of whether individual patents were properly granted under U.S. law,” committee Democrats wrote in a report released before the hearing. “If one patent is invalidated, AbbVie has another patent waiting.”

Republican members of the committee didn’t issue a report related to AbbVie’s pricing of its products.

Patents on Covid-19 vaccines have emerged as an issue in the coronavirus pandemic, as some governments push for intellectual property rights to be temporarily waived to spur additional production.

The Biden administration recently lent its support for temporarily waiving the vaccine patents.

Humira, which treats a range of immune conditions including rheumatoid arthritis and gut disorders, is the top-selling drug in the U.S. with more than $16.1 billion in sales last year.

AbbVie has raised Humira’s price 27 times since it launched in 2003, with a year’s supply now costing $77,586 before insurance and rebates, according to the report by committee Democrats.

Humira’s current price is 470% higher than from when the drug launched in 2003, according to the report.

Have you experienced price increases for arthritis drug Humira? Join the conversation below.

The initial U.S. patent for Humira expired in December 2016, but the company has been taking out additional patents covering its formulation and manufacturing, among other things.

AbbVie executives in 2014 forecast Humira biosimilars would arrive in the U.S. in 2017 and decrease sales by $1.5 billion that year, according to the report, citing company documents.

The drugmaker, based in the suburbs of Chicago, has obtained or applied for at least 257 Humira patents, 90% of which were filed after the drug was launched, according to the report.

The company obtained eight patents under a law designed by Congress to encourage development of drugs for rare diseases affecting fewer than 200,000 people in the U.S., according to the report.

In one instance, AbbVie split the patient population of a rare skin condition into two, a general one and one for patients at least 12 years old. The maneuvers extended Humira’s patent protection beyond the seven years intended by the federal orphan-drug law, according to the report.

Get an early-morning briefing about the coronavirus each weekday and a weekly Health newsletter when the crisis abates.

AbbVie viewed the U.S. patent system as more permissive than other countries’ intellectual-property systems, the Democrats on the committee said, citing company documents.

Europe’s patent system precluded many patents obtained in the U.S., according to one of the company documents, an AbbVie white paper, that the committee Democrats cited. In Europe, several biosimilars to Humira have been available since 2018 at a reduced price.

The first lower-priced alternatives to Humira, known as biosimilars, aren’t scheduled to hit the U.S. market until 2023.

AbbVie staved off biosimilar competition by reaching deals with companies that agreed to delay launches of their lower-priced copies, according to the report and the companies.

Some of these biosimilars have been approved for several years. A biosimilar from

which is scheduled to launch in 2023 under an agreement with AbbVie, was approved by regulators in 2016.

The House committee’s chairwoman, Rep. Carolyn Maloney (D., N.Y.) and two other Democrats, David Cicilline (D., R.I.) and Jerry Nadler (D., N.Y.), asked the Federal Trade Commission to investigate whether AbbVie violated the law in trying to keep biosimilars to Humira from launching, according to a copy of the letter.

AbbVie didn’t immediately respond to a request for comment about the letter. An FTC spokesman said the agency doesn’t publicly comment on investigation requests.

Denial of responsibility! TechiLive.in is an automatic aggregator around the global media. All the content are available free on Internet. We have just arranged it in one platform for educational purpose only. In each content, the hyperlink to the primary source is specified. All trademarks belong to their rightful owners, all materials to their authors. If you are the owner of the content and do not want us to publish your materials on our website, please contact us by email – admin@techilive.in. The content will be deleted within 24 hours.
ABBVAbbVieAmgenAMGNBiopharmaceuticalsBiotechnologyC&E Industry News FilterCommittee
0
Share