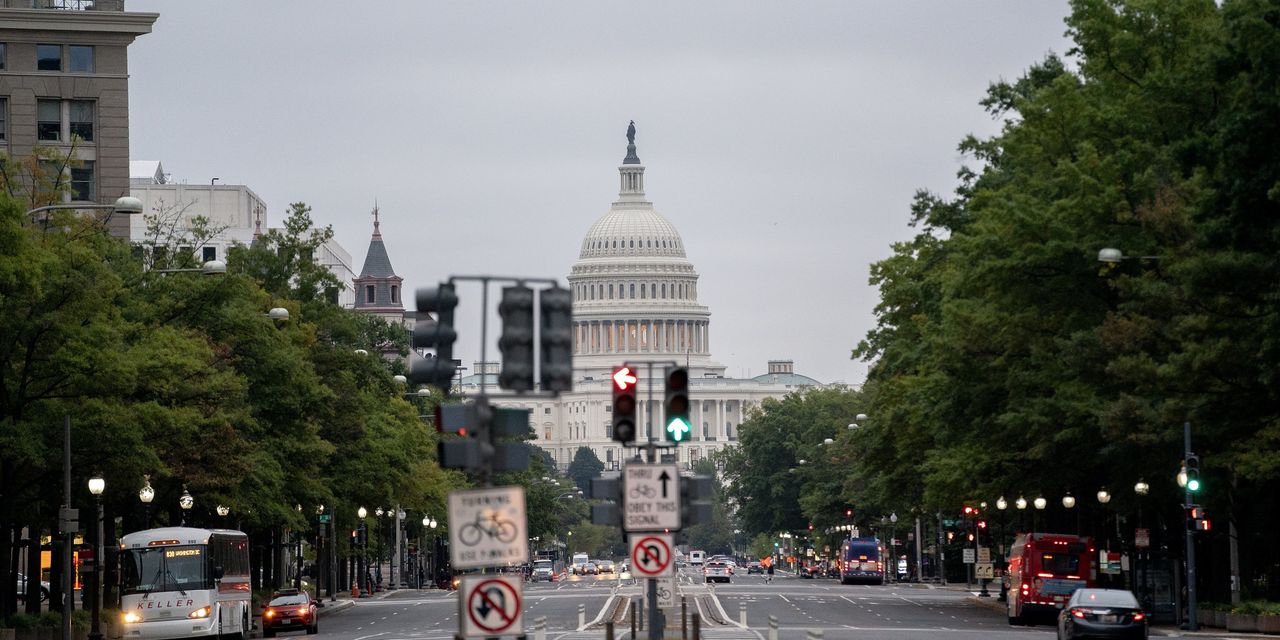 WASHINGTON—The House was set to vote Tuesday for legislation raising the U.S. borrowing limit into December, as Democratic lawmakers wrestled with how to set a new ceiling for U.S. debt later this year over Republican resistance.

(D., Calif.) called the House back from a week away from Washington to pass a debt-ceiling increase that cleared the Senate last week. The hasty return followed a warning from Treasury Secretary

to House Democratic leaders that if the chamber failed to act this week, the U.S. would be unable to pay its bills. The White House has said that President

The bill would increase the debt ceiling by $480 billion, an amount that the Treasury Department has said would allow the U.S. to pay its bills through Dec. 3, assuming it had also exhausted all of its cash-conservation strategies. Goldman Sachs has projected that the money would last somewhat longer, though not past the end of the year, suggesting the U.S. has roughly two months before Congress must address the debt ceiling again.

What action should the House take on the debt limit? Join the conversation below.

On Tuesday, Mrs. Pelosi floated the idea of giving the Treasury secretary the power to raise the borrowing limit, an idea pushed by some House Democrats, but giving Congress the power to reject the increase. That is similar to an approach devised by Senate Minority Leader Mitch McConnell (R., Ky.) during the 2011 fiscal crisis, which ended with the 2011 Budget Control Act, a law that raised the debt ceiling in three stages, with the latter two increases subject to congressional disapproval.

“That seems to have some appeal to both sides of the aisle,” Mrs. Pelosi said. Spokespeople for Mr. McConnell declined to comment and pointed to his statement last week that he would not provide help in the future “to mitigate the consequences of Democratic mismanagement.”

The Democratic-led House, unified around raising the borrowing limit, is assured of enacting the measure into law because it needs only a simple majority to pass legislation. “We must lift the debt ceiling and hope that we can have a unanimous Democratic vote and perhaps a bipartisan vote to do so,” Mrs. Pelosi said in a Monday letter to colleagues.

Democratic leaders are cutting out a vote on the actual legislation. Instead, when the House votes to approve the rule that governs the terms for debating and passing a host of bills, the debt-ceiling bill itself will simply be deemed to have passed, and will send the legislation to Mr. Biden’s desk for his signature.

In the Senate, Democrats and Republicans have sparred for months over the terms under which Congress would raise the debt ceiling, which has become a proxy for the fight over Democrats’ plans for the multitrillion dollar healthcare, education and climate-change bill.

The debt-limit increase doesn’t authorize new spending, but instead allows the government to meet existing obligations, including interest on the debt and payments to Social Security, Medicare and Medicaid.

Republicans had tried to force Democrats to use a complicated procedure called budget reconciliation to pass an increase with no help from the GOP. The reconciliation process allows the Senate to pass legislation related to spending, taxes or the debt limit with a simple majority, skirting the 60-vote threshold for most legislation. But it also could give the Republicans some tactical advantages.

The reconciliation process is more time-consuming than passing ordinary bills—requiring two separate sets of marathon amendment-vote sessions known as “vote-a-ramas.” This would eat up time Democrats would prefer to spend on Mr. Biden’s climate and social-welfare agenda. Republicans had also hoped that by forcing a debt-ceiling increase through reconciliation procedures, the legislative maneuver would tie Democrats to increasing the debt—instead of suspending the debt limit until December 2022.

Republicans and Democrats in the Senate are poised to dive back into the same debate when they return next week. Last week’s bitter fight worsened when Senate Majority Leader

(D., N.Y.) criticized Republicans on the Senate floor for the debt-ceiling crisis, comments that inflamed Republican leaders, who had just quashed a rebellion within their own ranks to raise the borrowing limit.

Mr. McConnell called Mr. Biden Friday to privately discuss Mr. Schumer’s criticism, according to a Senate aide, and publicized his position in a separate letter to the president. “In light of Senator Schumer’s hysterics and my grave concerns about the ways that another vast, reckless, partisan spending bill would hurt Americans and help China, I will not be a party to any future effort to mitigate the consequences of Democratic mismanagement,’’ Mr. McConnell wrote.

That leaves open the question of how Congress will navigate a path forward. The Dec. 3 deadline for raising the debt ceiling coincides with the deadline for passing legislation to avoid a partial government shutdown.

Democrats could give in to Republican demands to use the reconciliation process to raise the debt limit. One possible opening could come from the Senate parliamentarian, who in her last guidance on including the debt ceiling through the existing reconciliation process explicitly reserved making a decision on that topic, according to a person familiar with the matter. That suggests that should Democrats ever formally seek a ruling, they could potentially win support for suspending the debt limit to a particular date and protect themselves from being associated with increasing the debt by a particular amount.

Democrats could also try again to pick up Republican support, even though the Senate’s top Republican said that he wouldn’t again line up the votes to increase the debt ceiling through the regular process.

Denial of responsibility! TechiLive.in is an automatic aggregator around the global media. All the content are available free on Internet. We have just arranged it in one platform for educational purpose only. In each content, the hyperlink to the primary source is specified. All trademarks belong to their rightful owners, all materials to their authors. If you are the owner of the content and do not want us to publish your materials on our website, please contact us by email – [email protected]. The content will be deleted within 24 hours.
DebtDomestic PoliticsEconomic NewsEducation newsEducation updategeneral newsGovernment BodiesGovernment Borrowing
Share