Notice: amp_is_available was called incorrectly. `amp_is_available()` (or `amp_is_request()`, formerly `is_amp_endpoint()`) was called too early and so it will not work properly. WordPress is currently doing the `pre_get_posts` hook. Calling this function before the `wp` action means it will not have access to `WP_Query` and the queried object to determine if it is an AMP response, thus neither the `amp_skip_post()` filter nor the AMP enabled toggle will be considered. It appears the theme with slug `publisher` is responsible; please contact the author. Please see Debugging in WordPress for more information. (This message was added in version 2.0.0.) in /home/runcloud/webapps/techilive/wp-includes/functions.php on line 5313
 How 5G May Improve Early Warnings of Severe Weather - TechiLive.in 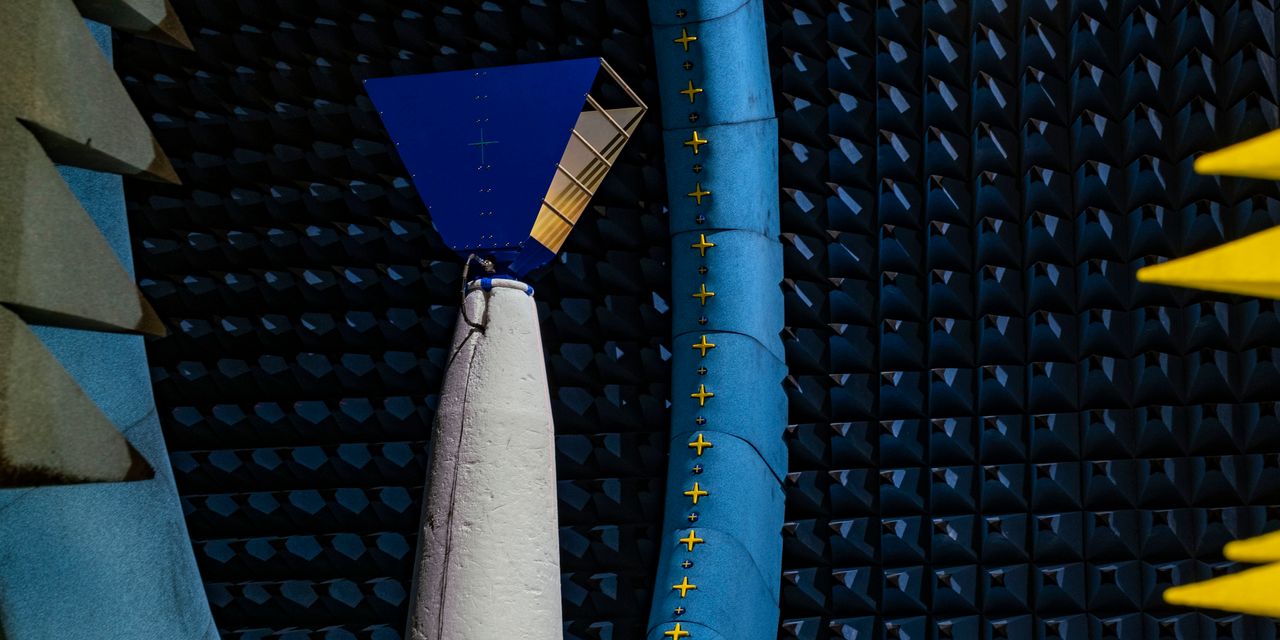 How 5G May Improve Early Warnings of Severe Weather

In a small office across from a dry cleaner in Wake Forest, N.C., a team of engineers is exploring the possibility of using data found in 5G wireless signals to measure a key factor in the early detection of tornadoes.

The group is part of a nonprofit test lab and engineering consulting firm called the Wireless Research Center, or WRC, which specializes in testing wireless technology and antennas. The team already has proved that humidity can be measured based on changes in signals that 4G and 5G cell towers emit. Now it wants to further test the technology to show that these same signals can help save lives by helping meteorologists forecast severe weather much sooner than current methods allow.

Cellular service, by contrast, is nearly ubiquitous—and with the rollout of 5G, even more equipment is being installed. The signals from which humidity data can be measured are known as reference signals. Cell towers emit them about every millisecond to help cellphones detect how strong or weak their connections are. These signals don’t travel in straight lines. Their paths are affected by refraction, or the bending of waves, which increases when there is water vapor in the air. The change in the signals caused by refraction can be measured and used to derive humidity. The effect is particularly visible in weather fronts in which dry air mixes with a lot of humid air.

“If you measured a [cellular] signal coming through that, the signal would hit that wet air and all of a sudden it’s going to bend another way,” says

a senior engineer at WRC.

Mr. Barts says the WRC got interested in how cellular signals could produce more weather data thanks to a scientist at the National Oceanic and Atmospheric Administration. In 2018,

the WRC’s chief executive, was at an aviation conference in Washington, D.C., where he met

a research scientist at the time with the NOAA National Severe Storms Laboratory. The two got to talking and decided they would team up to tackle the idea of measuring humidity using cell-tower signals.

NOAA researchers are always looking for better data to improve their weather models. The agency provided $25,000 and the WRC set up their experiment.

At first, the team tried to use signals from an actual cell tower. They set their equipment up outside, near their office in Wake Forest, but Mr. Barts says they quickly ran into problems decoding the data with the software they had created.

The engineers started running low on time and money and, in the end, settled on a modified version of the experiment indoors.

In a 30-foot room, the team generated a cell signal on one side that was received by two antennas on the other. A black plastic tarp cut the room in half, keeping one side dry and one side moist with the help of a humidifier. Because the experiment was set up in a common room, Mr. Barts and his team had to work on nights and weekends so nobody would accidentally walk through their experiment and skew the results.

After weeks of testing, which finished in May 2020, the researchers concluded in a 75-page report presented to NOAA last summer that humidity could be derived from the information in 4G and 5G signals. More information and an experiment on a live tower is needed before the concept can be put into action, Mr. Barts says, but “it gave us enough proof to say this is worth pursuing.”

To set up a more thorough experiment with signals from a cell tower, Mr. Barts says the WRC would need around $100,000. He says the engineers are actively looking for government grants to continue the research.

Mr. Weber, who left NOAA last year, says that if humidity data could be collected on a large scale from 4G and 5G signals, it could help meteorologists better predict tornadoes. Detecting moisture in the air is key to predicting storms, says Mr. Weber, now a senior technical staff member at the Massachusetts Institute of Technology Lincoln Laboratory, which researches technology related to national security needs.

Meteorologists currently pick up on tornadoes by using Doppler radar, which measures the rain, hail and winds within a storm. Doppler radar generally gives people about a 15-minute warning of a possible tornado, says Mr. Weber. If meteorologists had better access to humidity data in the future through widespread adoption of the method WRC proved, Mr. Weber says, they could warn the public of a tornado much further in advance.

“Taking that out to an hour would be a huge difference in terms of the public’s ability to take effective responses,” he says.

The humidity levels can be gathered from existing cell signals, without accessing any private data or interfering with the operations of wireless carriers. Mr. Barts says the equipment could be set up away from cell towers and wouldn’t need cooperation from wireless carriers.

“The beauty of this is if you can do this then the government doesn’t have to go out and spend billions of dollars putting up signal sources to collect data from,” Mr. Barts says. “AT&T and Sprint have already done that.”

Mr. Quiroz-Gutierrez is a former Wall Street Journal reporter in New York. He can be reached at reports@wsj.com.

Loading...
Denial of responsibility! TechiLive.in is an automatic aggregator around the global media. All the content are available free on Internet. We have just arranged it in one platform for educational purpose only. In each content, the hyperlink to the primary source is specified. All trademarks belong to their rightful owners, all materials to their authors. If you are the owner of the content and do not want us to publish your materials on our website, please contact us by email – admin@techilive.in. The content will be deleted within 24 hours.
5greportaccidentscatastrophesdisastersDisasters/Accidentsearlygadget updategeneral news
0
Share

After cyclone Tauktae, now cyclone Yaas is here. Celebs share how they combat a crisis like this

So You’re Vaccinated! How Can You Let People Know?