Notice: amp_is_available was called incorrectly. `amp_is_available()` (or `amp_is_request()`, formerly `is_amp_endpoint()`) was called too early and so it will not work properly. WordPress is currently doing the `pre_get_posts` hook. Calling this function before the `wp` action means it will not have access to `WP_Query` and the queried object to determine if it is an AMP response, thus neither the `amp_skip_post()` filter nor the AMP enabled toggle will be considered. It appears the theme with slug `publisher` is responsible; please contact the author. Please see Debugging in WordPress for more information. (This message was added in version 2.0.0.) in /home/runcloud/webapps/techilive/wp-includes/functions.php on line 5313
 How activists are mobilizing on Instagram to fight anti-Asian racism after Atlanta - TechiLive.in 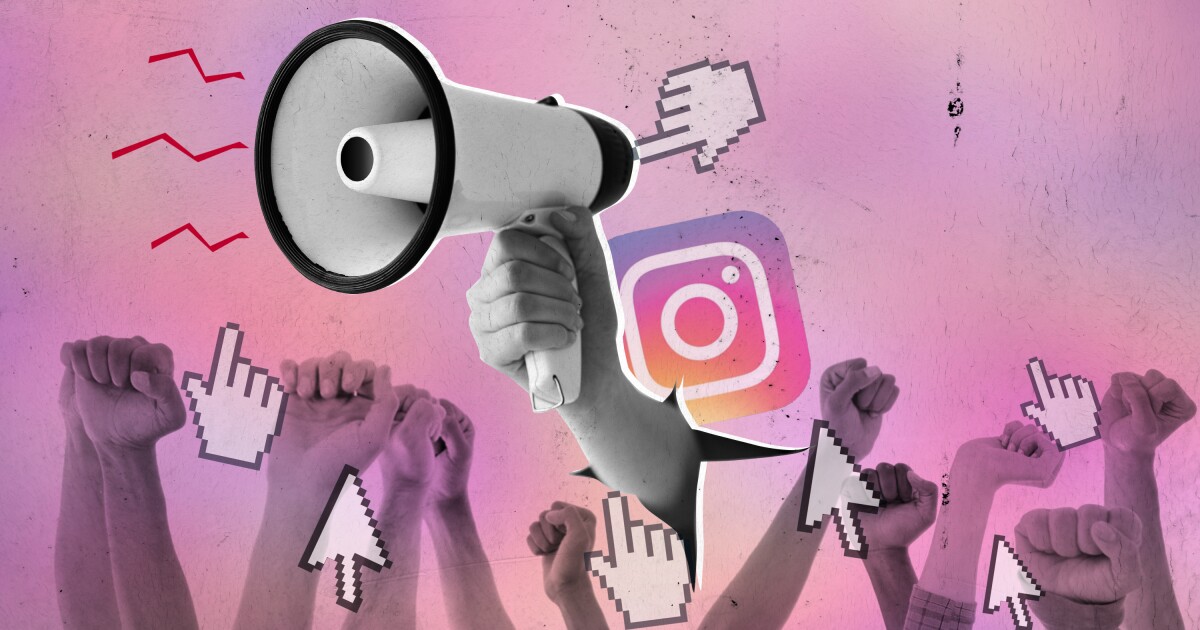 On Tuesday night, the cycle began again: Instagram lit up with news, emotions, art and infographics in a collective cathartic reaction to violence.

After the Atlanta-area shootings that left six Asian women dead, some turned to social media. The social media pages of Asian and Asian American organizations became gathering places for community members and allies to commune and mourn. Red Canary Song, a collective of Asian sex workers and allies, received an outpouring of support — and followers.

On Thursday night, the group hosted a virtual vigil for the eight lives lost in the Atlanta shooting. Red Canary Song co-director Yin Q. spoke about the shooter.

“He fired into massage parlors,” she said. “Where people are given touch, intimacy. Where you lay your head down to sink into yourself. Where a worker cares for your body to relieve your pain. Where a worker is doing a job to support themselves, their family, wherever their family may be.”

Grassroots organizations like Red Canary Song, which is based in New York City, have been assembling resources and channeling mutual aid for years. During the pandemic, much of that work has shifted online, where their work is more easily accessible.

Here are three L.A.-based groups that practice solidarity through intersectional politics of care — rather than carceral solutions like policing and prisons.

In early February, a group of culture workers in Little Tokyo coalesced around the intersection of art, politics and community care. J-TOWN Action と Solidarity emerged out of their shared experiences as Japanese Americans, and began with weekly, on-the-ground mutual aid work. When an American apparel brand, Mokuyobi Threads, moved into Japanese Village Plaza, the group’s online presence ramped up quickly.

“And we were like, ‘OK, people are hungry for a platform to talk about all these kinds of feelings and language to connect feelings to all these structural issues and things that are playing out and things that our elders have experienced,’” said organizer Ana Iwataki.

Instagram quickly became that platform: It made space for the community to come together, for the group to iron out its collective mission and for figuring out how to center those who needed it — like We The Unhoused, which J-TOWN Action と Solidarity regularly works with.

Together with We The Unhoused, led by housing rights activist Theodore Henderson, J-TOWN Action と Solidarity organizes Power Ups, which provide charging stations to unhoused community members. The group emphasizes solidarity; on March 10 they joined forces with the Chinatown Community for Equitable Development and Ktown4BlackLives, among others, for an event called Build Collective Power — renamed from Stop Asian Hate.

“The #StopAsianHate hashtag has been something that we’ve all had a lot of trouble with, and we were part of a rally that happened last weekend that actually changed the name from Stop Asian Hate to Build Collective Power,” Iwataki said. ‘Because we wanted to be a lot clearer about the message we were sending and what this fight is actually about.”

Gentrification and workers’ rights are inextricably linked to anti-racism: L.A.’s Chinatown Community for Equitable Development (CCED) also sprang up in response to the arrival of a new business — this time, Wal-Mart in Chinatown in 2012.

Since then, CCED has worked tirelessly toward affordable housing, good jobs, a green environment, open recreational spaces, and quality education in Chinatown. During the course of the pandemic, its COVID-19 response has focused on mutual aid and combating xenophobia and racism.

Since the Atlanta murders on Tuesday night, the group has seen the media and the masses finally realize the anti-Asian violence that has been unfolding in the U.S. for centuries. “People like to say ‘hate,’” said organizer Tiffany “TiDo” Do. “For us, we like to name it as white supremacy, because it is white supremacy — it’s nothing new.”

The term “hate” has cropped up in a sea of hashtags flooding social media this week, predominantly #StopAsianHate. Recently, CCED has used terminology like “Build Collective Power,” and Oakland groups have organized under phrases like “Love Our People, Heal Our Communities.” But the work of CCED — and the broader movement — cannot be summed up in a convenient slogan.

“This movement that we’re building cannot be summarized in such easy hashtags,” Do said. “Especially the place where Asian Americans are at, and how we are already coalescing under ‘Asian American’ itself as the title that doesn’t serve a lot of our Southeast Asians or our Pacific Islanders.”

The internet, she said, is just a tool. Like any other tool, it can be used nefariously or with positive intentions. Especially during the pandemic, it’s been useful for building community online — but it cannot replace the abolition work that CCED and related groups are doing on the ground.

Formerly known as Yellow & Brown Folks United for Black Lives, KTown for Black Lives arose in its current form in late June. Since then, the grassroots group has been meeting monthly in Koreatown’s Liberty Park to work toward collective liberation through centering Black liberation.

“When we talk about care and we talk about community care, I think that has to not just include Asian and Asian American folks,” said organizer Alex Kanegawa. “When we’re talking about community, we see ourselves as interconnected with the broader array of people that we live with, and that we share space with.”

Like J-TOWN Action と Solidarity and the Chinatown Community for Equitable Development, KTown for Black Lives hinges on solidarity. In the aftermath of the Atlanta-area spa shootings, Kanegawa has seen that solidarity come full circle in outpourings of support from non Asian communities.

It is largely because of those other, allied communities that the group doesn’t want to lose sight of the goals it’s been pushing for — like defunding the police — amid the reaction to recent violence. Feeling and holding complex emotions is completely valid, Kanegawa said.

“But at the same time, we’re being pitted against each other too,” he said. “When we are thinking about calls for more police, this is another strategy that’s pushing Asian Americans against other Black and brown people of color.”

But the online reactions the organizer has seen this week also included at least a dozen statements from corporate pages like video game companies and sports drinks calling to “Stop Asian Hate.”

“I’m like, that’s all well and good,” Kanegawa said. “But how many of you are currently exploiting Asian overseas labor? Or employing Asian women in sweatshops?”

Denial of responsibility! TechiLive.in is an automatic aggregator around the global media. All the content are available free on Internet. We have just arranged it in one platform for educational purpose only. In each content, the hyperlink to the primary source is specified. All trademarks belong to their rightful owners, all materials to their authors. If you are the owner of the content and do not want us to publish your materials on our website, please contact us by email – admin@techilive.in. The content will be deleted within 24 hours.
ActivistsAntiAsianAtlantaFightInstagramlifestyle newslifestyle updatemobilizing
0
Share

Ayushman Bharat-PMJAY to be implemented in Telangana immediately; Beneficiaries to get Rs 5 lakh health cover