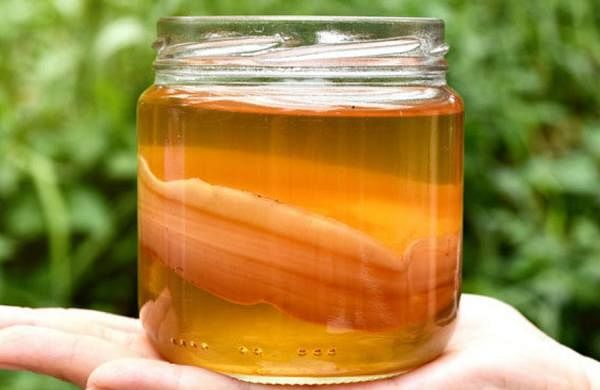 “The first time I drank Kombucha, it refreshed me. It helped clear my gut, so I also gave it to my mother who has an autoimmune disease. I think she has been feeling much better since trying it,” says Kriti Rawal from Gurugram.

Known for its health benefits, this slightly sweet, fizzy beverage has a history that harks back to 2,000 years. Kombucha was first recorded in China around 221 BC during the Tsin Dynasty.

A Korean physician named Dr Kombu is said to have brought the fermented tea to Japan in 414 AD. Later, the word Kombucha was derived by merging the physician Kombu’s name with the word cha (meaning tea in Korean).

While the drink has gained popularity far and wide, the Kombucha craze in India is believed to have started in Goa. Now, you can pick up a Booch (a term used for Kombucha) bottle at a grocery store in any Indian metropolis or even find it on menus at cafes.

To an amateur, Kombucha can be explained as fermented tea. The process to brew a batch of Kombucha can take between one and two weeks, depending on the flavour and acidity the brewer wants to achieve. SCOBY, or a Symbiotic Culture of Bacteria and Yeast, is the magic disc that turns tea to Kombucha.

“A rather standardised recipe for the beverage involves brewing a sweet tea solution, which is cooled down before adding a part of a previous kombucha brew and fermenting it for around seven to ten days. It is similar to making curd,” says Rebekah Sood, co-founder of South Delhi’s Atmosphere Kombucha Brewery.

Sahaj Panesar, founder of Bein says, “While the watermelon lime Kombucha I craft is an all-rounder, I also make summer flavours such as mango.”

This bubbly brew has, for long, been hailed as a miracle superdrink. While it is known to be a healthy alternative to wine, it also has multiple health benefits – it can ward off infections, help treat arthritis, and can even help in weight loss. As a result, many across Delhi-NCR have tried to incorporate it into their diet.

Isha Sahwney, founder of Bhu Kombucha in Defence Colony, says, “For the last decade, there has been a lot of focus on gut health and how it affects a person’s mental and physical well-being. Nutritionists nowadays are asking people to have more fermented food, which, if you think about, is part of our tradition.”

While, to an extent, the Booch craze can be attributed to the West, it is, in a way, going back to our ancestors’ way of life.

Varun Shrian from East of Kailash, who was introduced to the drink by his friends, says that Kombucha instantly refreshes him after a long day. Similarly, Henna Vadhera from Gurugram says she makes it a point to have at least two bottles of Kombucha a day.

“By adopting Kombucha, I have realised that I do not feel any bloating or face any constipation issues post an indulgent meal,” Vadhera adds. With a drink this versatile, looks like the Booch is here to stay.

Denial of responsibility! TechiLive.in is an automatic aggregator around the global media. All the content are available free on Internet. We have just arranged it in one platform for educational purpose only. In each content, the hyperlink to the primary source is specified. All trademarks belong to their rightful owners, all materials to their authors. If you are the owner of the content and do not want us to publish your materials on our website, please contact us by email – [email protected]. The content will be deleted within 24 hours.
abeveragechoiceDelhi teaDelhiNCRDr KombukombuchaKriti Rawallifestyle news
Share