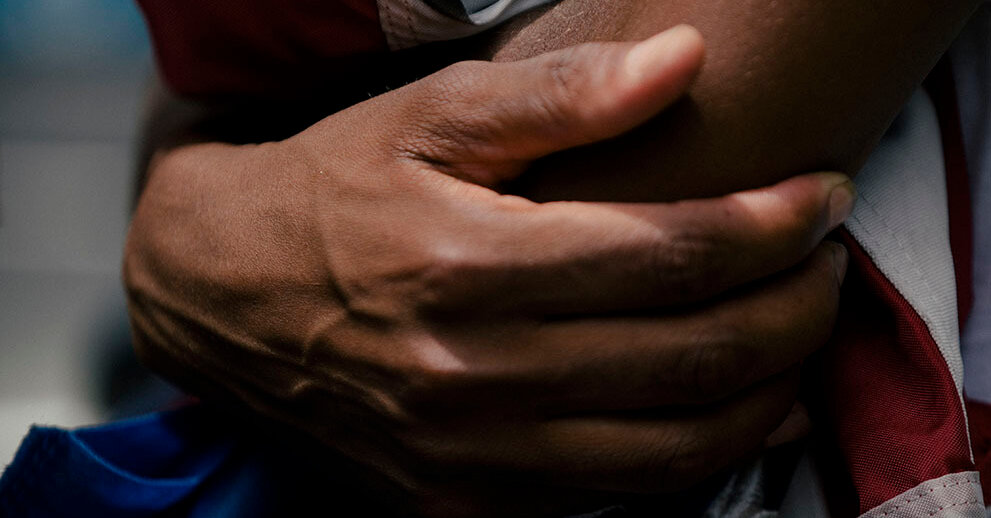 How Much Have You and Your Community Changed Since George Floyd’s Death?

Students in U.S. high schools can get free digital access to The New York Times until Sept. 1, 2021.

On May 25, 2020, George Floyd was killed when a white police officer knelt on his neck for more than nine agonizing minutes. His death sparked an uprising for racial justice nearly unparalleled in American history, and many believed it might be a turning point in the way Americans confront issues of race and racism.

How did you feel on the anniversary of Mr. Floyd’s murder? As you reflect on all that has happened since last summer, how much do you think has really changed — in the country, your community or yourself? Have you begun to think differently about race and racism? Have the people around you?

In honor of the anniversary of Mr. Floyd’s death, The New York Times Opinion section published a series of essays that grapples with Mr. Floyd’s legacy, the acceleration of the racial justice movement, and what comes next.

In one of those essays, “‘We Still Aren’t Safe’: 6 Young Americans on George Floyd’s Death,” Times Opinion asked young readers about how the protests affected their approach to social justice, politics and life in general and what changes they’ve seen, if any, in their communities:

Many who responded said the video of Mr. Floyd’s murder awoke them to the reality of racial inequity in the United States and set them on a path of self-education and activism. But for some, those actions seemed fleeting.

“Even though millions of people committed to racial justice last summer, my neighborhood still struggles with the same issues it did before the protests, the same issues it faced decades ago when my grandparents were my age,” wrote Caleb Dunson, an 18-year-old reader in Chicago.

Six people described how the experience had influenced their thinking over the past year, including Dylan R. Crane, 22, from Missoula, Mont.:

As a young Indigenous woman, George Floyd’s death and the conversations that followed were brutal reminders of the pervasive nature of anti-Black sentiment in places like my home state, Montana. Even in Indian Country, while many stood in solidarity with protesters, many others needed to be reminded of the similarities that Black and Native American history share. I was reminded of the urgency of the situation and that I needed to shed my protective layers of ignorance and the apathy I adopted to save myself heartache.

The protests in my city happened under the watch of armed individuals that looked like private militias. Protesters were followed home and harassed. There were constant displays of intimidation. Eventually, these protests just became too unsafe for people of color.

There are still small pockets of community activism, but last summer really opened my eyes to how hard it can be to trust people in a majority-white town. There’s a reason these places lack diversity. Sometimes it feels like a game of catch-up, people of color standing at the finish line of humanity and basic rights while white people take their time debating how best to word their diversity mission statements, how to best deal with a murderous cop.

I’ve been a lot louder these days. A lot less keen to let subtle microaggressions slip by for the sake of maintaining the peace. My anger has gotten deeper, more nuanced and more directed. I’ve adopted the mind-set that if I don’t do it, no white person in my position would even know how to start, so it has to be me. I’ve found anger and ignorance and courage and heartache that I didn’t know I had this past year.

Caleb Dunson, 18, from West Side, Chicago:

George Floyd’s death has made me resent the power that white people have to define justice in our society. Black Americans have been getting murdered by the police and vigilantes for as long as this country has existed, and yet it feels like our deaths only matter if they can provoke an emotional response from white Americans. This time around, it took a nine-minute video of a Black man’s brutal killing to elicit that response. That, and last summer’s protests, pushed me to start writing about politics for the first time. Now I write a column about race and justice for my college newspaper.

I live in one of the most disadvantaged neighborhoods in Chicago, a neighborhood that is majority Black. Even though millions of people committed to racial justice last summer, my neighborhood still struggles with the same issues it had before the protests, the same issues it faced decades ago, when my grandparents were my age. I turned 18 in 2020. Becoming an adult during a time of political change has been strange. So I reached out to my grandmother, who turned 18 in 1968, and we had a conversation about the similarities between her experiences and my own. That conversation showed me just how much we have in common and how little our country has changed over the past 50 years.

The protests were intense. I had already “woke up” to the reality of racism in America, but seeing people out in the streets gave me some small hope that I was not so alone in my anger anymore. But things didn’t change like we wanted, and in Louisville, where I’m from, people lost their lives. The second night of protests, we were tear-gassed in the streets. Not long after, David McAtee was killed by law enforcement.

The nonstop barrage of violence only made me a stronger abolitionist. I spent the summer learning as much as I could about abolition and police violence. We must come up with a way of implementing police abolition in our communities. There have been small changes in Louisville since. But things are moving slowly. The private sector made promises of change but I saw very little happen on a local governmental scale.

Every time I meet someone who is racist, I’m surprised. I guess I’ve spent too much time with a community moving in solidarity and not enough time trying to convince folks that Black and brown and Asian and Indigenous people deserve to live on equal ground. Those conversations are really painful.

Students, read the entire article and then tell us:

Loading...
Denial of responsibility! TechiLive.in is an automatic aggregator around the global media. All the content are available free on Internet. We have just arranged it in one platform for educational purpose only. In each content, the hyperlink to the primary source is specified. All trademarks belong to their rightful owners, all materials to their authors. If you are the owner of the content and do not want us to publish your materials on our website, please contact us by email – [email protected]. The content will be deleted within 24 hours.
ChangedcommunityDeathEducation newsEducation updateFloydsGeorgenews update
0
Share

Rahul Vaidya on Carry Minati’s roast of Bigg Boss: ‘Some people make their name by defaming others’