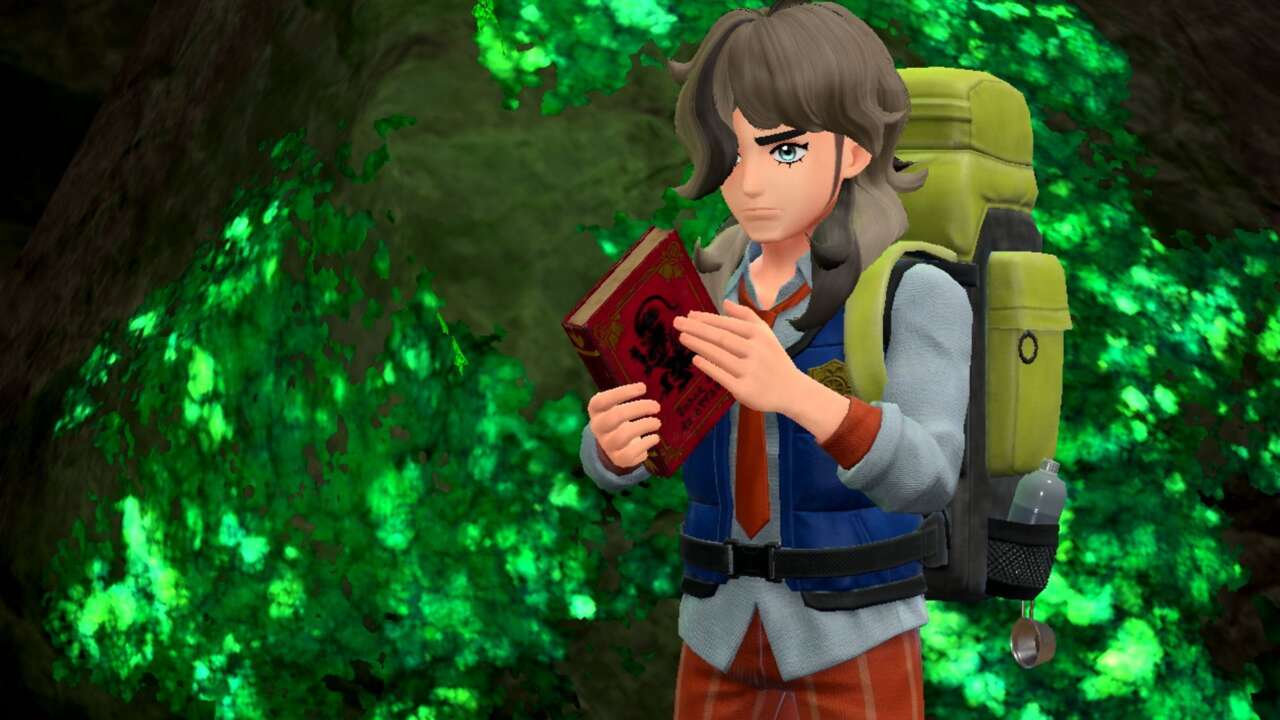 We all know the drill by now. You want to be the very best, like no one ever was, so you set out on a cross-country journey to catch and train adorable monsters and rise to the ranks of Pokemon Master. It’s a tale as old as time, or at least as old as 1996, and Pokemon games rarely venture outside this comfortable template. That made it all the more surprising when Pokemon Scarlet made me actually care and look forward to two of its three main story paths.

If you’ve been following Pokemon Scarlet and Violet, you know that the game consists of three main story paths that you can take in any order. Victory Road is the traditional quest to become a Pokemon master while doing battle with your friendly rival, Nemona. Starfall Street is also a take on the classic Pokemon formula, as you invade and topple the bases of this game’s ostensible antagonists, Team Star. And the Path of Legends has you venturing into the wild to battle against massive Titan Pokemon.

None of these seemed particularly interesting to me pre-release. Victory Road and Starfall Street were the same old story we’ve seen several times before, while the Path of Titans appeared to be a way to wring out another quest type by adapting the Raid battles from Sword and Shield. I don’t exactly come to Pokemon games for their stories, so I had assumed they’d be fine and serviceable at best. But while Victory Road is still the same-old traditional story, Starfall Street and the Path of Legends are actually engaging, funny, and heartfelt.

In Starfall Street, it quickly becomes apparent that these aren’t the usual Pokemon villains with designs for world domination, or even Pokemon liberation. Instead, these bases are filled with children and teenagers, like you. It feels more like a silly club or a non-violent gang than a villainous threat. Adding to the intrigue is the appearance of “Clive”–very obviously the school headmaster, Director Clavell, in a bad wig–who has taken a keen interest in breaking up the Team Star bases and getting the kids back on the straight-and-narrow. You can choose whether to call out the disguise or play along every time he appears, and I chose to play dumb. It’s a hilarious touch on a story that ultimately becomes about social outcasts and how the school has failed them. These aren’t bad kids or villains–they’re just misunderstood–and it’s sweet that Director Clavell is going so out of his way (bad wig and all) to look out for the children.

A similarly heartfelt undercurrent flows through the Path of Legends questline. When you start the Titans questline, Arven is essentially an annoying weirdo who tags along at random. Upon finishing the first Titan quest, though, you discover what’s really motivating him: His beloved Pokemon, a Mabosstiff, is very sick, and the Titans feed on special herbs that he thinks can heal the frail pupper. From the very start, you see Mabosstiff barely moving but for some labored breathing, and you can’t help but want to do all you can to cure him. As you might expect, Pokemon isn’t the type of game to have a tragic ending, so it’s not too much of a spoiler to say that you get to see Mabosstiff slowly recover as you track down more herbs.

I fully acknowledge that a story revolving around nursing a sick dog back to health is emotionally manipulative, but damn if it didn’t work on me. Mabosstiff just looked so helpless, despite his size, and the cutscenes made sure to focus the camera on his big, sad eyes. Pokemon doesn’t often delve into mortality–the monsters faint rather than die, for example–but this story was different because Mabosstiff was sick in a way that was believable and relatable. Anyone who has ever had a now-deceased pet knows how it feels to see your companion slow down with age or illness. I wanted to track down the Titans because their traversal abilities were extremely helpful, but I also had a story I really cared about driving me. I wanted to help Arven and his dog.

Both of these stories came to satisfying resolutions and rendered Victory Road kind of dull by comparison. Nemona is a fine rival and there are some great big personalities scattered around the eight Pokemon gyms, but it just didn’t have a throughline that felt sweet and funny like the other two. The main appeal of Pokemon remains catching and battling monsters, but this time, there’s some legitimately appealing story hooks to pull you through as well.

Denial of responsibility! TechiLive.in is an automatic aggregator around the global media. All the content are available free on Internet. We have just arranged it in one platform for educational purpose only. In each content, the hyperlink to the primary source is specified. All trademarks belong to their rightful owners, all materials to their authors. If you are the owner of the content and do not want us to publish your materials on our website, please contact us by email – [email protected]. The content will be deleted within 24 hours.
agmeupdateFeelingsGames newsgamingGaming updatepokemonQuestsScarlets
Share

Despite Pleas From Pediatric Groups, Biden Balks at Declaring RSV a Health Emergency

The Dutch taught Gregg Berhalter about soccer. Now his U.S.…