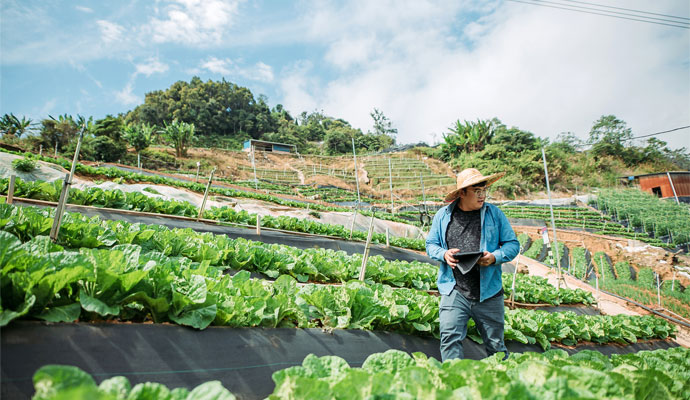 How the need for secure supply chains is propelling blockchain

When several large automakers considered how to confront a looming sustainability problem, they turned to blockchain. The issue? Even as electric vehicles (EVs) penetrate the market in growing numbers, with global sales jumping 40 percent year-on-year in 2019 according to the IEA, questions around the ethical sourcing and disposal of their batteries have lingered.

In response, Volvo and BMW are using blockchain technology to track the raw materials used in EV lithium-based batteries from the source. This includes the mining of the key component, cobalt, which has historically been marred by child labor and other human rights abuses. Mercedes is working on a pilot blockchain project to track CO2 emissions in the cobalt supply chain, as part of its efforts to create a carbon-neutral passenger car fleet by 2039.

It is this ability to provide provenance — to track and trace materials, products, and services — that has been singled out by PwC as the biggest driver behind the widespread adoption of blockchain technology. In a 2020 study, PwC’s economists ranked the top five uses of blockchain by their economic potential, predicting that using blockchain to prove provenance could generate US$962 billion for global GDP over the next decade. Notably, this was more than double the potential of any other use case.

In many ways, this focus on provenance is a sign of the times. With operations thrown into disarray during COVID-19, securing and strengthening supply chains has become a priority — and digital technologies such as blockchain will be critical enablers. In a PwC survey of supply chain leaders in 2019, 37 percent of those categorized as “digital champions” (companies furthest along in the digital transformation of their operations) reported piloting blockchain solutions, while 33 percent planned to do so in the next five years.

Blockchain technology can be used to create digital records, such as certificates, public registers, or agreements, which can be stored, shared, and amended online. As products or materials change hands, records can be added, inspections and deliveries can be logged, and payments can be automated. Anything that happens to these records can be automatically documented and encrypted for security: showing amendments made, and who sent or exchanged them. There’s no need for a third party, such as a bank or a regulator, to verify these actions because it’s a shared process, secured by cryptography. Organizations can pinpoint fraud or contaminants with speed and accuracy. The technology can also be used to issue warnings about inconsistencies or trigger an automated dispute.

Using blockchain to prove provenance could generate US$962 billion for global GDP over the next decade.

Every product has a story. One of the major benefits of blockchain technology is that it allows parties to trace the origins and follow the journey of just about anything, enabling far greater confidence and safety in supply chains and helping to prove the provenance of goods, whether they’re fresh produce or raw materials. Our study identified three key areas that illustrate the enormous potential blockchain has in the area of provenance: its ability to combat counterfeits, to prove sustainability credentials, and to promote food or product safety.

Finding fake goods, and fake news. Blockchain makes it possible to track a product at each access or exchange point. If the new information conflicts with previously uploaded data, organizations will know something has gone wrong and be able to detect the source of fraud immediately. The public sector will be one of the largest beneficiaries in this arena, as blockchain can counter the risk to society of fake identities, certifications, tax receipts, or even defense equipment and parts. It also has enormous potential in the pharmaceuticals industry, where up to $200 billion is lost to counterfeit medicines every year. Other sectors that stand to benefit include luxury fashion and handbag retailers, the automotive spare parts industry, as well as the producers of goods such as alcohol, tobacco, or vaping products.

The media industry can also fall victim to counterfeiting and has looked to blockchain to confront the rising challenge of fake news. In PwC’s 24th Annual Global CEO Survey, the spread of misinformation rocketed up the list of threats to organizations’ growth prospects; 28 percent of chief executives are “extremely concerned,” up from 16 percent in the previous year’s survey.

Reuters deployed the Starling Framework for Data Integrity, a joint venture between USC Shoah Foundation and Stanford Engineering, during the 2020 California primary election campaigns, to explore how cryptography could establish the provenance of photos and make them more trusted by the public. Using their mobile phones to take photos, Reuters photojournalists were able to use blockchain technology to combine the image with the phone’s metadata — time, data, GPS signal, and so on — proving exactly where and when the photo was taken. Once the data is embedded, the file is secured with encryption and stored on a decentralized network, where it can then be distributed to others.

Proving your green credentials. Environmental, social, and governance (ESG) concerns are increasing in prominence on the corporate agenda and gaining attention from investors. But with the rise of ESG has come increased public and investor scrutiny. Companies need to be able to support their ESG claims, to prove they live up to their values, and to demonstrate how they are performing against their wider stakeholder responsibilities. Blockchain technology can help by enabling them to verify the source of their materials. Again, the number of sectors that stand to gain from this is broad, from the automotive example above to mining groups to retail.

The Italian fashion brand Haikure, which specializes in sustainable denim, has used blockchain technology to embed “proof points” into its new B2B platform to support its claims of sustainable water usage and materials. Starting in Spring 2021, buyers will be able to scan the QR code on products to display a “product passport” that shows how the product was made, who was involved, and its environmental impact at every stage.

Tracking food to its source. When outbreaks of foodborne illnesses occur, they are followed by a scramble to determine where, when, and how the contaminant was introduced. The ability to verify the source of goods and track their movement at every step along the supply chain can help businesses and governments prevent deadly incidents, and respond more quickly and effectively when one happens. Again here, the pharmaceuticals industry stands to benefit from this capability, as does any manufacturer or retailer of food, drinks, and other consumables. Retailers are using blockchain to track the journey of these goods, enabling them to build loyalty and trust by showcasing exactly where a product came from and how it was produced, as well as being able to pinpoint fraud or contaminants with speed and accuracy.

A number of food retailers, including the supermarket giant Walmart in China, have created “source to shelf” solutions using blockchain technology that tracks food items as they move through a supply chain. Walmart started tracing 23 product lines last year, revealing plans to track 50 percent of all fresh meat sold, as well as 40 percent of all packaged vegetables and 12.5 percent of all seafood. Customers can scan the QR codes of goods for detailed information on their source of origin, time of dispatch or receipt, and product inspection reports.

Although blockchain offers enormous potential, it is not a silver bullet. Instead, it should be considered as part of a wider digitization strategy. As a first step, consider the following six questions. If you answer yes to at least four, blockchain can create value for your organization:

Once you’ve determined whether blockchain is the right choice, look at your business network with fresh eyes. To reap the benefits of blockchain, companies should not attempt to implement the technology on their own. Organizations need to collaborate and create an industry approach that will allow peer-to-peer exchanges that cut out intermediaries and build trust. Technology is already changing the way we do business, replacing the tradition of great monoliths that act alone with firms that function as part of collaborative networks. If you forgo the opportunity to join these collaborations and build these networks, you will miss the chance to have a say in the future workings of your industry.

Embracing blockchain will also mean experimenting and establishing a proof of concept. But do not make the mistake of considering it to be a hobby and leaving it in the realm of the enthusiast on your team. Blockchain needs C-suite support and should not be viewed as technology for technology’s sake, looking for a problem to solve.

COVID-19 has exposed weaknesses and gaps in supply chains across the globe, in nearly every industry. As organizations build the resilience to confront these challenges and to meet shifting customer and consumer demands, investing in new technologies has become a critical part of their transformation. If it is deployed responsibly, blockchain can help them respond to disruptions — and can provide the opportunity to bring trust and transparency to their operations.

To read more about the potential economic impact of blockchain, click to read “Time for Trust: How blockchain will transform business and the economy.”

Loading...
Denial of responsibility! TechiLive.in is an automatic aggregator around the global media. All the content are available free on Internet. We have just arranged it in one platform for educational purpose only. In each content, the hyperlink to the primary source is specified. All trademarks belong to their rightful owners, all materials to their authors. If you are the owner of the content and do not want us to publish your materials on our website, please contact us by email – [email protected]. The content will be deleted within 24 hours.
agilityblockchainchainscoronavirusCovid-19emerging technologygadget updatepropelling
0
Share

Understanding the brain is the key to true AI: neuroscientist and tech entrepreneur Jeff Hawkins