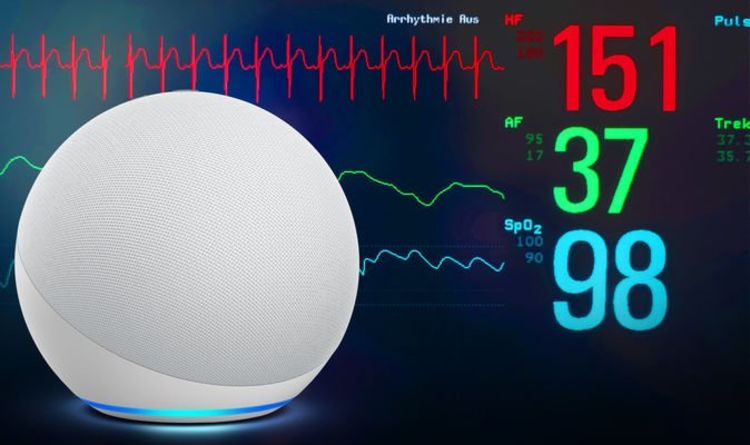 Scientists have unveiled a new system that can transform an everyday smart speaker, like the hugely-popular Amazon Echo or Google Nest, into a heartbeat monitor that works without touching you. To detect a heartbeat from across the room, the software fires inaudible sounds from the speaker towards a person sitting nearby.

When the soundwaves hit the person and bounce back, they’re picked up by the sophisticated microphone array built into voice-controlled gadgets like the Amazon Echo or Google Nest. Once they’ve been picked up, complex algorithms developed by the scientists analyse the data and work out the heart-rate of the person in the room.

The new technique was discovered by researchers at the University of Washington, who trialled the system on healthy people as well as cardiac patients in the hospital. In the tests, the scientists said the smart speaker was able to detect heartbeats almost as accurately as a medical-grade electrocardiogram (ECG) monitor. And unlike the latter, there’s no need to touch the patient.

According to the University of Washington team, this is the first time that both regular and irregular heartbeats have been monitored without any physical contact. The system developed by the researchers hinges on two new algorithms. The first analyses the soundwaves using the smart speaker’s microphones to find the heartbeat, while the second segments the signal to determine the amount of time between two heartbeats.

Shyam Gollakota, who co-authored the study, said analysing the soundwaves relies on the same processes that allow voice assistant Alexa to pick-out your voice in a noisy room.

Smart speakers, like the Amazon Echo and Google Nest, sport far-field microphones to single-in on the voice issuing the voice command – regardless of music playing in the background, the television blaring in the corner of the room, road-noise, podcasts, or any other number of noisy distractions in the home.

Gollakota said: “When I say, ‘Hey, Alexa,’ the microphones are working together to find me in the room and listen to what I say next. That’s basically what’s happening here but with the heartbeat.”

According to the team behind the system, the algorithms are currently set-up for spot-checks by someone worried about their heart rhythm. However, they say it could be adapted in future to monitor signs of sleep apnea or cardiac emergencies. The ability to alert family members when the smart speaker in the room detects signs of a cardiac emergency could be a real lifesaver.

Apple Watch, Samsung Galaxy Watch, and a number of other smartwatches are already set-up to warn the wearer when their heartbeat spikes or drops below a safe limit. This could be an early warning that something has gone awry. The ability to use smart speakers in our kitchens, living rooms, bedrooms, and offices to do the same thing could be a huge development.

University of Washington researchers said the system is available should Amazon or Google want to integrate the system directly into their smart speakers.