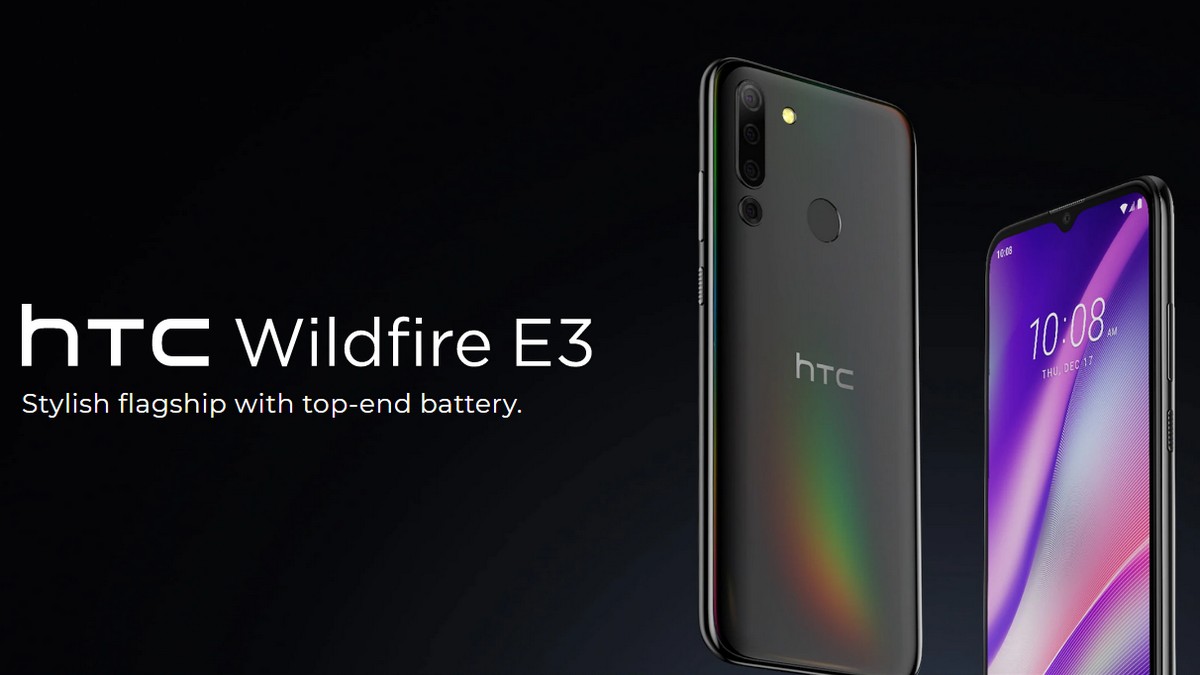 HTC Wildfire E3 has launched in Russia as a budget friendly smartphone, and a successor to the Wildfire E2 that launched in August last year. The new Wildfire E3 has a quad rear camera setup and a notch design for the selfie shooter. It has slim bezels on the sides with relatively thick chin and forehead. The phone comes with a 4,000mAh battery and is offered in two RAM and storage configurations. The HTC Wildfire E3 comes in two colour options.

The Wildfire E3 by HTC is offered in 4GB + 64GB and 4GB + 128GB configurations with black and blue colour options. Pricing for the phone is currently unavailable on the website but a report by Gizmochina says it is priced at EUR 150 (roughly Rs. 13,000). This is presumably the pricing for the base variant.

As of now, HTC has not made any announcement about the international availability for the HTC Wildfire E3.

Connectivity options on the HTC Wildfire E3 include dual-band Wi-Fi, 4G, Bluetooth 4.2, GPS, 3.5mm headphone jack, and a USB Type-C port for charging. In terms of sensors, the phone comes with ambient light sensor, proximity sensor, accelerometer, e-compass, and a fingerprint sensor on the back. HTC has equipped the Wildfire E3 with a 4,000mAh battery with support for 10W charging. Lastly, in terms of dimensions, the phone measures 165.7×76.57×9.0mm and weighs 186 grams.

How OPPO F19 Pro+ 5G Is Perfect for Power Users