Notice: amp_is_available was called incorrectly. `amp_is_available()` (or `amp_is_request()`, formerly `is_amp_endpoint()`) was called too early and so it will not work properly. WordPress is currently doing the `pre_get_posts` hook. Calling this function before the `wp` action means it will not have access to `WP_Query` and the queried object to determine if it is an AMP response, thus neither the `amp_skip_post()` filter nor the AMP enabled toggle will be considered. It appears the theme with slug `publisher` is responsible; please contact the author. Please see Debugging in WordPress for more information. (This message was added in version 2.0.0.) in /home/runcloud/webapps/techilive/wp-includes/functions.php on line 5313
 I didn’t give Tharun Bhascker a choice after he read the script for me: Lakshmi Manchu - TechiLive.in 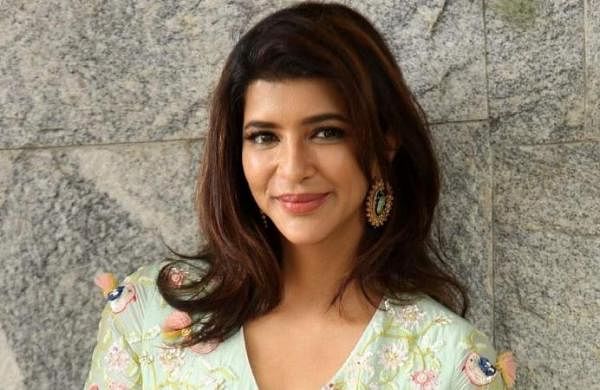 I didn’t give Tharun Bhascker a choice after he read the script for me: Lakshmi Manchu

Ramula, the first segment of Netflix’s recent Telugu anthology Pitta Kathalu, is in many ways an odd one among the four. It’s the only segment in the anthology that dealt with the love and lust of rural areas.

Also, it is the most heart-wrenching among the four. In an interview with CE, the short’s director Tharun Bhascker, and the lead actors Lakshmi Manchu, Saanve Megghana, Abhay Bethiganti open about their take on the film, how they look at their respective characters, and more.

Excerpts from the interview:

However, its director Tharun Bhascker, lead actors Lakshmi Manchu, Saanve Megghana, and Abhay Bethiganti set a different tone to the interview which is anything but Tharun, can you trace me to the point of origin of Ramula?

Tharun Bhascker: It is based on many real stories of women’s exploitation in and around Telangana and Andhra Pradesh. In fact, ever since the advent of multimedia such crimes are happening but we tend to take it casually. Such news only becomes a small snippet in daily papers. However, it affected me on a personal level. Also, we the people in urban areas tend to trivialise the problems and plight of rural people. I wanted to show the real and grey emotions of such land.

Be it Pelli Choopulu or Ee Nagaraniki Emaindhi or Ramula, all your films have protagonists who have this devil-may-care attitude. Do you like to write about slackers?

TB: (Laughs) I agree. I see myself in them. I am a slacker myself. I am lazy and you find that a lot around in Hyderabad. Every shop in the city opens up only at 10 am and that’s like the early morning here. So, even in rural areas, I find people with a laid-back attitude like the protagonist in Ramula. It is natural for me to write about slackers.

LM: Even the restaurants open at only 11 am. It is that Nawabi kind of lifestyle you find here.

The hero Ram Chander becomes a courageous and confident person once he makes love to his girlfriend. Do you think sexual deprivation is the reason for a lot of issues in society and we would be better off without it?

TB: See, the urban society compartmentalises relationships like flings, dating, and live-in, and such. So, city dwellers, to an extent, can articulate their needs and feelings. But in rural areas, these things become taboo. In the land of Kamasutra, sex is not spoken about. Having said that, I have seen people commit to a relationship once they get physically intimate but that becomes a problem in rural areas.

Lakshmi, did you have any hesitations before accepting to play Swaroopakka?

LM: No! Not at all. I was like I got to play this role because it is very far from who I am as a person, and that’s what excites me. to dig deeper and try to become Swaroopakka. I was also in a phase where I wanted to get some dirt out of my being. The only healthy way I could do that is to channel that into my art. I actually didn’t give Tharun a choice after he read the script for me.

As Lakshmi, how do you look at Swaroopakka?

LM: Oh! She is just so mean. How can she think of herself like that? I call myself a global citizen and I believe if I act with my best of intentions, I can make the world a better place every day. So, I can’t really relate to Swaroopakka, who is selfish and thinks only about herself. I only recently witnessed similar people in my life and I was in a shock phase. That’s when this film happened and I could easily connect with the character.

This is for Saanve Megghana. What was your initial reaction after hearing the script?

Saanve: I was stunned, to say the least. I felt like Tharun had written the script just for me. There is one emotional scene that made me wonder how I am going to pull it off. I then put myself in Ramula’s shoes. I asked myself how I would react if this disaster happened to me.

What do you have to say to Ramulas out there?

For me, the word ‘woman’ is synonymous with the word power. Also, courage is a trait of women. I would want all the women out there to realise their ingrained power and never give up!

Abhay Bethiganti, Ramula doesn’t tell you any message. It tries to paint reality, and what is your interpretation of it?

AB: The film is about how you shouldn’t judge a book by its cover. Ramula comes off as a strong girl but turns out to be a naive character. Similarly, my character might look like he has wrong intentions but he is not what he seems. That’s why one shouldn’t judge people or issues.

Denial of responsibility! TechiLive.in is an automatic aggregator around the global media. All the content are available free on Internet. We have just arranged it in one platform for educational purpose only. In each content, the hyperlink to the primary source is specified. All trademarks belong to their rightful owners, all materials to their authors. If you are the owner of the content and do not want us to publish your materials on our website, please contact us by email – admin@techilive.in. The content will be deleted within 24 hours.
Abhay BethigantiBhasckerchoicedidntentertainment newsEntertainment updategiveLakshmi Manchu
0
Share

CBSE 12th exams likely to be conducted; date to be announced by May 30: Sources