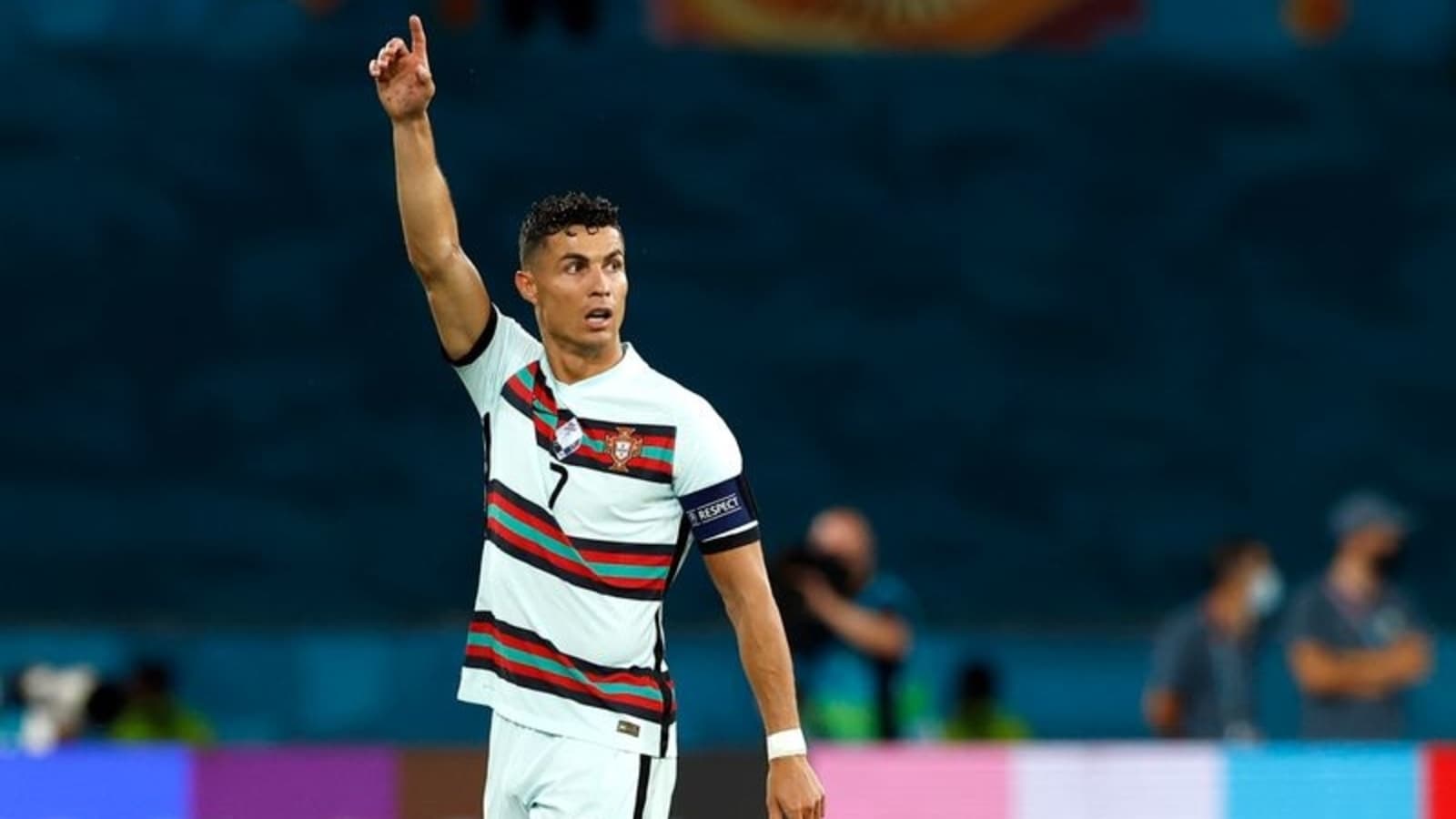 ‘I don’t have words’: PV Sindhu in awe of Ronaldo’s skills

Ace badminton star PV Sindhu is one of India’s medal hopefuls in the upcoming Tokyo Olympics. In spite of her busy schedule, she tries to find time to catch her favourite athletes in action across various sports. One of them happens to be the Portuguese football legend Cristiano Ronaldo, who recently won the Golden Boot at the Euro 2020 for scoring five goals and providing one assist.

He is one of the greatest stars in football and had very recently bagged the Capocannoniere award in Serie A for netting 29 goals, the title awarded to the highest goal-scorer in the Italian domestic league. And Sindhu minced no words to express her adulation for the 36-year-old footballer.

“I don’t have words, the way he plays, the skill and the technique he has is tremendous,” she commented to Olympics.com before flying to Tokyo.

Sindhu also follows tennis in her leisure and tries not to miss if Serena Williams and Roger Federer are in action. The two tennis legends have dominated the court for more than a decade and Sindu wants to emulate their perseverance and sincerity.

“Serena believes she can do it, being a woman, being a mother. She’s done exceptionally well, she’s a strong woman. Whereas, Federer, is another legend. Maintaining that level till now, at his age, is not easy. He’s been there at the top,” she expressed.

Sindhu will start her Olympic campaign against Israel’s Polikarpova Ksenia on July 25 at court 2 of the Musashino Forest Sport Plaza BDM.

She has been in fine form in 2021 and reached the finals and semifinals of the Swiss Open and the All England Open respectively. However, since the Malaysian Open and Singapore Open were canceled, she could not get competitive minutes under her belt since March. However, the Rio 2016 Olympic silver medallist is confident that it will not hamper her chances in the mega quadrennial event.

“I understand a lot of people are saying we are lacking match time. But I don’t feel that because we made such a scenario, such a situation, almost like match play. The Gachibowli Stadium is almost like the Japan stadium, it is big, the air-conditioning, the shuttle control, and everything. I get boys from Suchitra Academy and make sure we have match play, we are creating situations like how Tai Tzu-Ying plays or Ratchanok (Intanon) plays. You create that scenario. Coach is there to tell me, dad is always there to tell me if I’m making any mistakes,” she explained.

Sindhu’s idols have had a rough 2021. Ronaldo got ousted at the Round of 16 in Euro 2020, Federer in the quarterfinals of the Wimbledon while Williams had a teary first-round exit after getting injured against Aliaksandra Sasnovich. But Sindhu can hardly afford to falter in Tokyo 2020. She had to settle with a silver in Rio, and now five years later, without Carolina Marin in contention, she is aiming for nothing less than gold.

Denial of responsibility! TechiLive.in is an automatic aggregator around the global media. All the content are available free on Internet. We have just arranged it in one platform for educational purpose only. In each content, the hyperlink to the primary source is specified. All trademarks belong to their rightful owners, all materials to their authors. If you are the owner of the content and do not want us to publish your materials on our website, please contact us by email – [email protected]. The content will be deleted within 24 hours.
Loading...
Awedontnews updateRonaldoRonaldosSindhuSkillssports news
0
Share