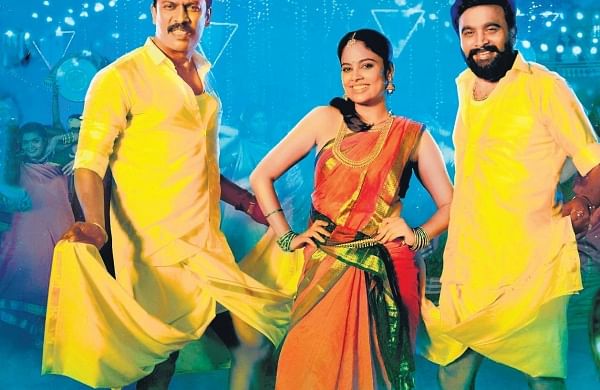 I want to reinvent myself as a director: Ponram

A debut filmmaker I spoke with recently spoke about his upcoming comedy thus: “Our film’s protagonist is like Varuthapadadha Valibar Sangam Bose Pandi, and the conflict is very similar to Rajini Murugan.” Both films are, of course, Ponram’s, and the filmmaker was unabashed in his admission and belief that “Ponram films offer minimum guarantee!” I begin the conversation with Ponram by sharing this anecdote and he laughs heartily. “Well, I just made a minor tweak to Sundar C’s style. His commercial entertainers had serious interval blocks and climaxes, while I avoided this in mine!”

Excerpts from the conversation:

Does being tagged as a ‘comedy director’ have its downside?

Of course. Everyone, from assistant directors to production houses, want me not to explore any other type of cinema. I initially set out to become a serious filmmaker, and wanted to make strong social dramas, but life had other plans. No creator wants to tell the same story again and again. I am a creator at the end of the day, and I am dying to make a serious film.

Is there a way to break this stereotype?

It is in my hands, in a way. The day I choose to shed my inhibition and make a film unadulterated by commercial compromises, this shell will break.

Have recent underwhelming results in this genre affected you as a creator?

I take full responsibility for the failure of that film. Usually, debut directors won’t be able to make the film intend to, but this happened to me with my third project. Everything fell in place for my first two films, but everything fell apart with Seema Raja. I have learned from my failure.

You show a preference for the rural setting…

The majority of Tamil cinema audiences reside in towns and villages, and so, it becomes crucial to tell their stories. There are people who have never even been to Chennai and there are many who haven’t even crossed their districts. When I make films set in their region, they connect instantly. I initially wrote MGR Magan as a film based in Chennai, but while working on the second draft, I shifted it to Theni, for this reason.

Talk to us about your process of writing comedy…

Have you noticed kids in our families? They talk about irrelevant things at inappropriate times. Even though they are serious, the timing makes it funny. I write my characters based on children. Sometimes, what sounds so silly on paper translates brilliantly onscreen.
In my gang of friends, I am the serious one. People like me who don’t laugh much, have the knack of identifying humour when it lands well.

Is your upcoming cop film with Vijay Sethupathi a step forward in the direction of films you intend to make?

Definitely. I have tried to do something I haven’t done before. The first schedule is completed, and the first half of the film is ready. For the second schedule, Sethupathi has to undergo a minor change in his look. We will resume the shoot in December and finish the film in a month.

From where your career is at now, where do you see your journey headed?

I came to Chennai in 1996 with the dream to become a filmmaker. My waiting period was close to two decades and I almost lost all hope in life. My contemporaries had made their debut or had been married. Neither happened for me. However, the success of Varuthapadadha Valibar Sangam gave me purpose. And then, I ran ahead to sustain it. Now, I am at a point where I want to reinvent myself as a creator. The first two steps were relatively easy for me; now I have a tougher, longer way to go. I am ready though.

Denial of responsibility! TechiLive.in is an automatic aggregator around the global media. All the content are available free on Internet. We have just arranged it in one platform for educational purpose only. In each content, the hyperlink to the primary source is specified. All trademarks belong to their rightful owners, all materials to their authors. If you are the owner of the content and do not want us to publish your materials on our website, please contact us by email – [email protected]. The content will be deleted within 24 hours.
DirectorDirector Ponramentertainment newsEntertainment updateMGR Magannews updatePonramtechi live
Share