Notice: amp_is_available was called incorrectly. `amp_is_available()` (or `amp_is_request()`, formerly `is_amp_endpoint()`) was called too early and so it will not work properly. WordPress is currently doing the `pre_get_posts` hook. Calling this function before the `wp` action means it will not have access to `WP_Query` and the queried object to determine if it is an AMP response, thus neither the `amp_skip_post()` filter nor the AMP enabled toggle will be considered. It appears the theme with slug `publisher` is responsible; please contact the author. Please see Debugging in WordPress for more information. (This message was added in version 2.0.0.) in /home/runcloud/webapps/techilive/wp-includes/functions.php on line 5313
 I watch horror movies like comedies: Actor Ajay Rao - TechiLive.in 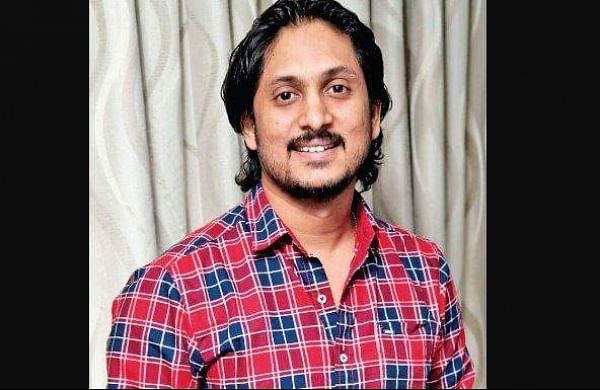 In films, Ajay Rao often plays roles with the character name Krishna. However, there is a slight change in his upcoming horror-thriller.

“Krishna is the name of a talkies in a rural area and the story revolves around this theatre,” says Ajay Rao, on his latest film Krishna Talkies that will come out on April 16. The film, directed by Vijay Anand, was slated for a February, 2020 release, but was pushed to this date due to the Covid-19 pandemic. Ajay Rao plays a journalist in the film, and in his opinion, like the police or army, journalists too are considered as frontline warriors.

“The plot revolves around the theatre and the social problems in the area around it. There is a belief that there are ghosts in the area and there are a lot of crime-related issues. The hero starts investigating the case due to a personal link,” says the actor, who gives us a glimpse of his character in the film. The film is a horror thriller and it is the 25-films-old actor’s first attempt in this genre.

“I watch horror movies like comedies. I never get scared of ghosts, and my family and friends consider this peculiar. I consider it as an entertainment,” he says. However, he did experience some paranormal activity during shooting. “It was a day when we had to shoot a scene where the ghost appears. During the break, I went back to the caravan and started watching a horror film for some reference. There was a particular sequence in the film where things fall around in the kitchen.

While I was watching this sequence, the panels and lights inside the caravan fell on my head and around me. I went blank but I was not s cared,” he recalls. Ajay Rao is a common man’s actor and that’s an image which he has played in most of his films. He says this has helped his viewers relate to his characters. About the director, he said he has known Vijay Anand for 10-15 years now. “The director is also a good lyricist and I know his capabilities. He had discussed several other stories but I was surprised that he would come up with a film in this genre.

Since he knew me well, he figured the kind of role and subject that would suit me, and I felt I have to encourage him,” he says. On the film being released at a time when theatres are running at 50 per cent capacity, he says, “With the pandemic, everyone is in the same boat. As a celebrity, even I was not spared. My wife, mother and I tested positive. The virus can be handled with responsibility and cleanliness. Maintaining social distance and sanitise.

People should be taught how to deal with the virus,” he says. “It’s fine if markets are open. Theatres are one of the cleanest places that are sanitised, especially multiplexes. However, people still panic thinking about entering a theatre. It is nothing but their mindset. I don’t say it is completely okay to have theatres run at 50 per cent capacity. I am aware it is a loss. However, how long can we stay idle? It is becoming very difficult for producers and all the people who have invested their dreams in this project. Still, we have to fight and continue our life. My current motto is something is better than nothing, and let’s face whatever comes to us,” he signs off.

Denial of responsibility! TechiLive.in is an automatic aggregator around the global media. All the content are available free on Internet. We have just arranged it in one platform for educational purpose only. In each content, the hyperlink to the primary source is specified. All trademarks belong to their rightful owners, all materials to their authors. If you are the owner of the content and do not want us to publish your materials on our website, please contact us by email – admin@techilive.in. The content will be deleted within 24 hours.
Loading...
ActorAjayAjay raocomediesentertainment newsEntertainment updatehorrorKrishna
0
Share

Pineapple Panna: A Hydrating Summer Cooler You Need To Beat The Heat