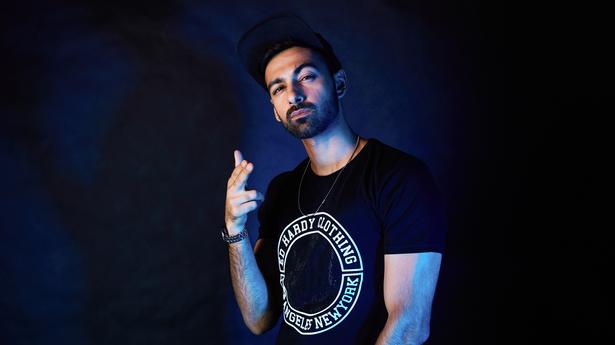 ‘I went into a completely different zone’: DJ Gurbax on his debut album ‘Rebirth’

The Bengaluru-based music producer also talks about the impact COVID-19 had on music, streaming platforms, and more

The Bengaluru-based music producer also talks about the impact COVID-19 had on music, streaming platforms, and more

DJ Gurbax made a track, which he named ‘Stay Lit’, four years ago. It was “completely different” from what he was doing. His music was more beat-focused and ‘Stay Lit’ was more vocal-centric. It would be odd, he thought, to release it as a single. So, he decided to make an album to fit the song.

Four years later, he has released Rebirth, his debut album, featuring eight tracks, including ‘Stay Lit’. Rebirth denotes a second coming. Why is it the name for his first album?

“It was like starting afresh,” he explains, “As an artist, you innately tend to love different kinds of things. As you grow, people tend to associate you with the sound from your most popular song. If you don’t stick to that, people say that you are not playing the game right. I have always been about making different kinds of music. This album is an extension of that. It is to break the shackles and overcome the fear of doing something totally new.”

Can an artist do something “totally new” yet retain their musical signature – if it exists at all?

Gurbax believes in its existence but says it is subjective. “When I listen to this album, I see very little similarities with my previous sounds. Some people, however, point out connections. It is up to the audience to decide. Skrillex, for instance, tries to break the mould, wherein he would work with someone like Justin Bieber or Ed Sheeran.”

The moving away from the signature sound, he says, serves two purposes: One, artists can explore a different sound. Two, they can reach out to a new audience. Streaming platforms like Spotify, he adds, have helped artists to expand their listenership. However, he cautions not to read too much into the numbers on streaming platforms. “You might get five million listens a month but still be struggling to sell out a 50-plus audience.”

Rebirth also resonates with the rest of the world, which is opening up after a slew of lockdowns. Gurbax agrees. “Yeah, everything seems to be back in full swing. Now with live shows back, the title has kind of coincided really well.” He is glad to be doing live shows again.

The pandemic, he reckons, has changed not just his musical sensibilities but also the audiences’ as well.  “For instance, some of the festival DJs who were making typical hard-hitting festival tracks switched to making chill music more suitable for listening to on your headphones when you are cooped up at home. If there are no festivals or clubs, then naturally, the music that’s geared towards those environments will see less consumption.”

It has been over a decade since Gurbax started his music journey. Over these years, there have been changes – within him and in the music industry. There is one thing that has not: his goals, which include “making music everyday that goes beyond boundaries and headline Coachella one day.”

Denial of responsibility! TechiLive.in is an automatic aggregator around the global media. All the content are available free on Internet. We have just arranged it in one platform for educational purpose only. In each content, the hyperlink to the primary source is specified. All trademarks belong to their rightful owners, all materials to their authors. If you are the owner of the content and do not want us to publish your materials on our website, please contact us by email – [email protected]. The content will be deleted within 24 hours.
albumcompletelydebutdj gurbaxdj gurbax bangaloredj gurbax latest albumdj gurbax live showsdj gurbax music
Share

MP Board class 8th Result 2022 declared at rskmp.in, how to check & link

Antidepressant use during pregnancy not linked to epilepsy in children

Cannes restaurant mentions only Aishwarya Rai after she…