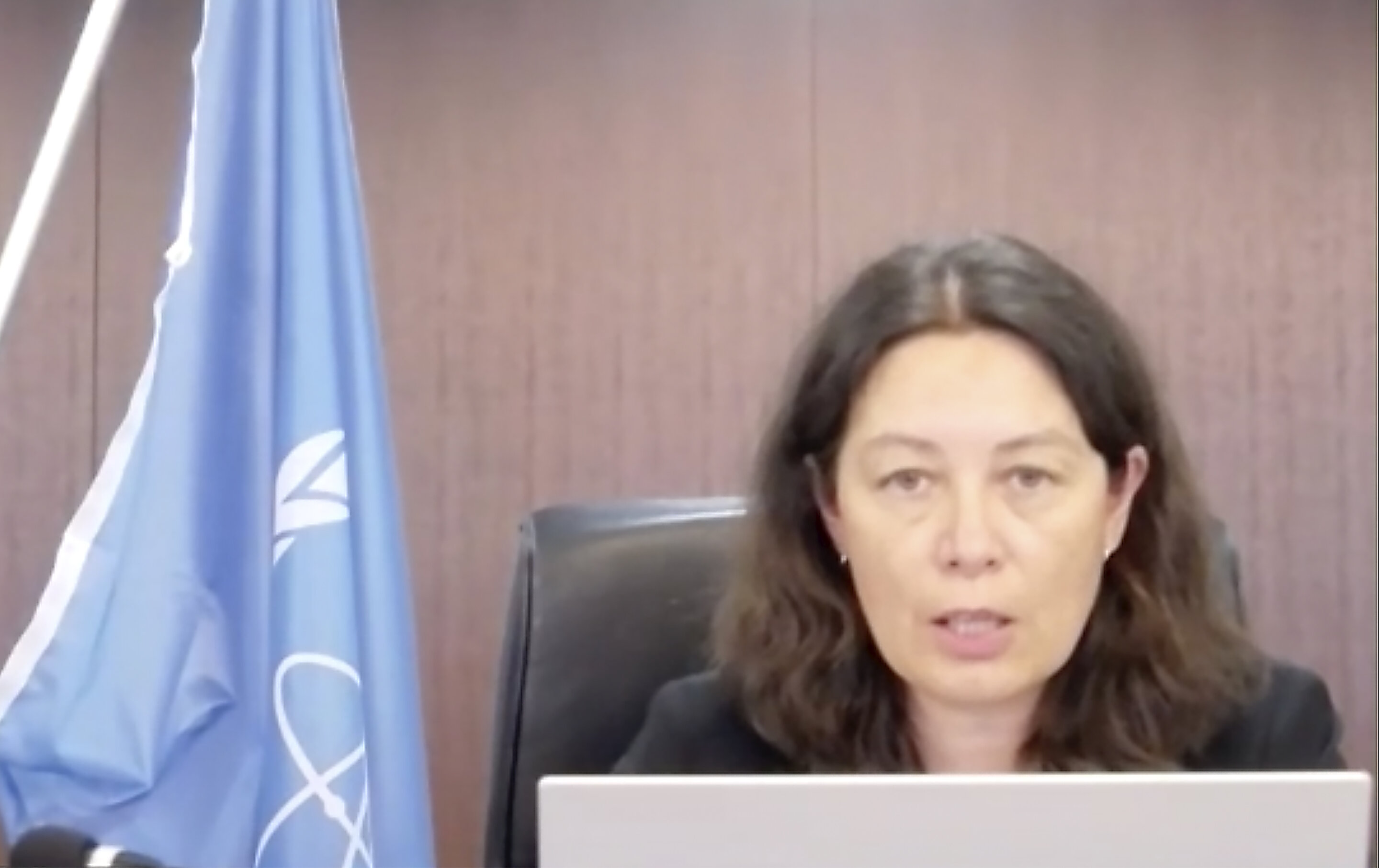 A three-member IAEA team led by Lydie Evrard, head of the agency’s Department of Nuclear Safety and Security, is in Japan for preliminary talks and a visit to the Fukushima Daiichi nuclear power plant, which suffered reactor meltdowns after a massive 2011 earthquake and tsunami.

The team is preparing for years of monitoring by the IAEA before, during and after the planned discharge of water into the sea, which is expected to take decades. The water was used to cool the plant’s reactors but started to leak after the disaster. The water is treated, and some is reused as cooling water and the rest is stored in tanks.

The government and the plant’s operator, Tokyo Electric Power Company Holdings, announced plans in April to start releasing the water in the spring of 2023 so hundreds of storage tanks at the plant can be gradually removed to make room for other facilities needed for its decommissioning.

The idea has been fiercely opposed by fishermen, local residents and Japan’s neighbors, including China and South Korea.

Japan has requested IAEA’s assistance to ensure the discharge meets safety standards, to gain the understanding of the international community, and to prevent rumors that may hurt the reputation of food products from the Fukushima area.

More than a decade after the disaster, Fukushima fisheries and agricultural products are still shunned by many consumers.

Evrard said her team and the Japanese side discussed data necessary to compile a safe and transparent plan as well as how to disseminate information to concerned communities in Japan and abroad.

The project is unique because of “the technical specificities, the duration of the release and the level of international and regional interest and scrutiny that the plan will receive,” she said.

After another preparatory discussion next month, the IAEA will send an 11-member team of experts to Japan in December for a fuller review of the project, which would include another visit to the plant, officials said.

That team will characterize the water to be released and evaluate the safety of the discharge process and its radiation impact on humans and the environment. It also plans to conduct water and marine water sampling.

Evrard said that team will have members from multiple countries, possibly including China and South Korea, for greater transparency and to address diverse views.

She said her team “will listen to all concerns expressed” and will provide answers by conducting a “science-based review” carried out in an objective and transparent way.

The contaminated water at the plant has been stored in about 1,000 tanks, which the plant’s operator, TEPCO, says will reach their capacity late next year.

TEPCO plans to send the water through an undersea tunnel and discharge it from a location about 1 kilometer (0.6 mile) away from the coastal power plant after further treating and diluting it with large amounts of seawater to bring it below releasable limits. The plan still needs approval by the Japanese Nuclear Regulation Authority.

Government and TEPCO officials say tritium, which is not harmful in small amounts, cannot be removed from the water, but all other isotopes selected for treatment can be reduced to safe levels. Controlled release of tritium from normal nuclear plants is a routine global practice, officials say.

Denial of responsibility! TechiLive.in is an automatic aggregator around the global media. All the content are available free on Internet. We have just arranged it in one platform for educational purpose only. In each content, the hyperlink to the primary source is specified. All trademarks belong to their rightful owners, all materials to their authors. If you are the owner of the content and do not want us to publish your materials on our website, please contact us by email – [email protected]. The content will be deleted within 24 hours.
Loading...
Fukushimagadget updateIAEAKeyPlantReleasesciencetech news
Share