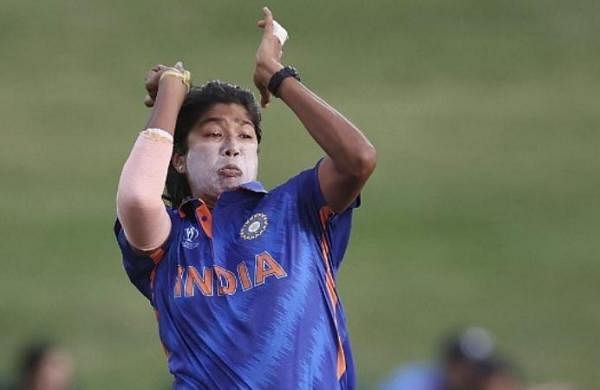 MOUNT MAUNGANUI: India captain Mithali Raj and senior pacer Jhulan Goswami on Wednesday said top-order batters haven’t been performing to the level that is expected of them but expressed hope that they would make amends soon in the ongoing ICC Women’s World Cup.

India were bundled out for 134 by struggling defending champions England, who managed to overhaul the target in 31.2 overs with four wickets to spare in a league stage on Wednesday.

This was England’s first win after three consecutive losses that threw their title defence into disarray.

“We definitely didn’t have partnership at the top of order, despite getting what we wanted after losing the toss. The thought of putting 200+, the match could have gone either ways,” Raj said after the loss that came just after a massive win over the West Indies in the previous match in which Smriti Mandhana and Harmanpreet Kaur scored hundreds.

“Every game as a fielding unit we are doing well and we hope to continue to do that. Batting is a concern but we’ll try to address that in the next match, we are playing a team that hasn’t lost to anyone,” she added about the clash against mighty Australia next.

The view was echoed by Goswami in the post-math press conference.

“Honestly speaking, at this moment, yes our top order, the way we are thinking, they haven’t fired but I am sure you will have to be positive about that, because they have done really well in the past,” she said.

“…the way we have been thinking, they have not batted, but I am very much hopeful they are going to come back hard in the next game,” Goswami added.

Despite the defeat, India kept their third place in the eight-team standings with four points from two wins and as many losses.

England moved up one place to sixth with two points from four matches.

Prodded further on whether there was any strategy in place to avoid such collapses, she said, “There is no solution to it. It is a process and the game goes like it.

In bowling also, one day bowlers will not bowl well, some others will come and support , that is the way this game has been played.

“But definitely it is a learning process, every day we try to address certain issues, we will definitely solve these issues and come back strongly,” the pace spearhead explained.

Goswami also said that the team was disappointed at not being able to complete its share of 50 overs while batting.

“If we could have reached there, we could have restricted them, but in cricket, some days it happens, you plan very well, but some things don’t work in your way,” the right-arm pacer explained.

“You have to understand you are playing against one of the best sides (in) England, they have done really well in the past few years. Unfortunately today, we could not execute our plan properly,” she maintained.

On getting 250 ODI scalps personally, Goswami said, “When I started, I never thought about it, I just wanted to go there and express myself all the time.”

India, who have now suffered two losses in the marquee tournament, and will next play table-toppers Australia on March 19 at Auckland.

Denial of responsibility! TechiLive.in is an automatic aggregator around the global media. All the content are available free on Internet. We have just arranged it in one platform for educational purpose only. In each content, the hyperlink to the primary source is specified. All trademarks belong to their rightful owners, all materials to their authors. If you are the owner of the content and do not want us to publish your materials on our website, please contact us by email – [email protected]. The content will be deleted within 24 hours.
AdmitCupOurFiredGoswamihasntICCICC Women's World CupICC Women's World Cup 2022
Share