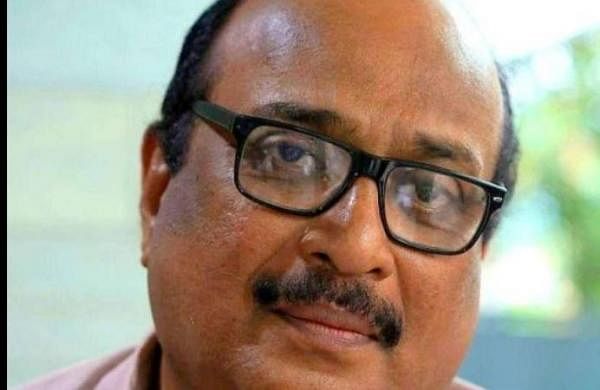 KOCHI: Dennis Joseph, whose movie scripts produced box office hits one after the other in the 1980s and 1990s in the Malayalam film industry, passed away in Kottayam following a heart attack on Monday. He was 64.

For Malayalam cinema, Dennis Joseph was simply a synonym for box-office success during those times. Period.

The genial writer literally kept the cash register ringing during the 1980s and 90s at a seemingly improbable rate.

No less than the two reigning superstars of Mollywood,  Mammootty and Mohanlal, owed their careers to his Midas touch. While he saved the sagging career of Mammootty with the smashing blockbuster ‘New Delhi’ (1987), he firmly put Mohanlal on the perch as a  superstar with the runaway hit ‘Rajavinte Makan’ (1986). And both the films and their protagonists – G Krishnamoorthy and Vincent Gomez have aged perfectly like wine and enjoyed by the audience from all generations even now whenever they are telecast by television channels.

Among the filmmakers to bask in the limelight of success gifted by Dennis Joseph’s racy scripts, which were textbooks for commercial hits with the perfect blend of all filmi ingredients, ranged from the stalwarts like K G George (Kadhakku Pinnil),  Bharathan (Pranamam) I V Sasi (Arthana), Hariharan(Oliyampukal) and Sibi Malayil (Aakasha Doothu) to rank newcomers.

What lured directors and producers to make a beeline for him was his amazing craft of weaving a story with an unbelievable strike rate at the box office that made his name a byword to success.

Born in 1957 in Ettumanoor in Kottayam, Dennis Joseph started his career as a sub-editor in a magazine. He was the nephew of actor late Jose Prakash and that helped him in getting an entry to Mollywood. He started his career by penning a story for director Jeasy’s Eeran Sandhya (1985). Dennis soon became one of the most sought-after scriptwriters of Mollywood with the stupendous success of Nirakkoottu (1985) directed by Joshiy with Mammootty in the lead. The trio soon became one of the hit combinations of Malayalam cinema. Dennis Joseph has scripted 13 movies helmed by Joshiy. Among these 13, Mammootty played the lead role in 12 including the multi-starrer ‘No.20 Madras Mail’ while Suresh Gopi was the hero of ‘Bhoopathy’ (1997).

Other than the pathbreaker ‘Rajavinte Makan’, he has also associated with Thampi  Kannanthanam and Mohanlal for the political thriller ‘Bhoomiyile Rajakkanmaar’ (1986), ‘Vazhiyorakkazhchakal’ (1987) and ‘Indrajalam’ (1990).  At a time when he ruled the roost with his action thrillers, he surprised the moviegoers with the tear-jerker ‘Aakasha Dhoothu’ (1993) directed by Sibi Malayil, which became one of the top grosser of Mollywood.

In his 35 year-long-career, Dennis has scripted 45 films among which three of them were directed by himself. Altogether he has directed five films. Two of his directorial ventures – ‘Adharvam’ (1989) and ‘Appu’ (1990) were scripted by Shibu Chakravarthi and Sreekumaran Thampy respectively.

Denial of responsibility! TechiLive.in is an automatic aggregator around the global media. All the content are available free on Internet. We have just arranged it in one platform for educational purpose only. In each content, the hyperlink to the primary source is specified. All trademarks belong to their rightful owners, all materials to their authors. If you are the owner of the content and do not want us to publish your materials on our website, please contact us by email – [email protected]. The content will be deleted within 24 hours.
Loading...
DennisDennis Josephentertainment newsEntertainment updateiconicJosephMalayalamMalayalam cinema
0
Share