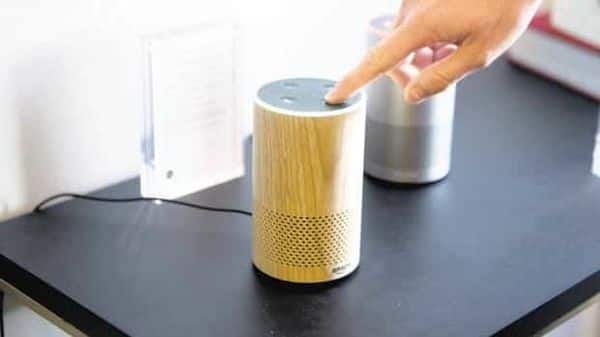 If Alexa won’t talk to me, what hope is there?

People regularly complain that their electronic personal assistant Alexa is too chatty, that she unexpectedly mouths off about the weather or an exciting new television program or what time the sun will go down. Or she might suggest things the user should think about buying.

But I have exactly the opposite problem. Alexa barely talks to me at all. On my Amazon Echo device, Alexa never alerts me that my favorite team is playing that night. She never reminds me about upcoming birthdays. She never tells me when the tide will be at its highest in the Hudson, much less the Atlantic.

Basically, I don’t think that Alexa likes me. This may be because of a tiff we had a few months ago when I told Alexa to never, ever play smooth jazz in my presence. Never. The problem—and I am willing to concede that Alexa might be right about this—is that it’s hard for an electronic assistant to determine what constitutes smooth jazz when you issue a generic command: “Alexa, play jazz.” Alexa doesn’t know that traditional jazz—Miles Davis, Charlie Parker, Louis Armstrong—is divine, while smooth jazz—a surprisingly tenacious, satanic leftover from the 1990s—is what you listen to when you are on hold for a dental appointment.

And in these cases, I suspect that I may have taken on an abusive tone, questioning Alexa’s intelligence and sophistication. And yes, perhaps even swearing at her. Which was just not right. Even though Alexa was clearly in the wrong.

The same thing happened on several occasions when I wanted to talk to my son. When I said, “Alexa, call Gordon Queenan,” and she responded, “Did you mean Gordon Queenan?” I simply lost it.

“WELL, OF COURSE I MEANT GORDON QUEENAN!!!!” I exclaimed. “HOW MANY TIMES ARE YOU GOING TO ASK ME THE SAME STUPID QUESTION, YOU INANIMATE PINHEAD???”

This was not a nice thing to say. Yes, true, my device may be inanimate in the narrow technical sense of the term. But Alexa probably knows that I would never have taken that tone with my phone, my laptop, my refrigerator or my car, which is always acting up. And I would never have dared to raise my voice to my electric razor. That way lies madness.

In Alexa’s defense, I do have a strong Philly accent, which may be hard for any electronic unit to decipher. Though friends assure me that it has no trouble understanding denizens of the Bronx.

But Alexa won’t speak to me, except when I speak to her. Which is really upsetting. It gets lonely here stuck in this big house all by myself for long stretches of the day. I would welcome the occasional unsolicited comment from my electronic personal assistant. But ever since I took a nasty tone with her, Alexa has gone mute.

The other day, I tried to patch things up with Alexa by saying, “Alexa, I’m sorry for being rude to you.”

“That’s all right,” she answered, before adding something extraneous about accessing new notifications on my screen.

It’s going to take a long time to rebuild this relationship.

65% of IT help desk teams dealing with excessive stress,…