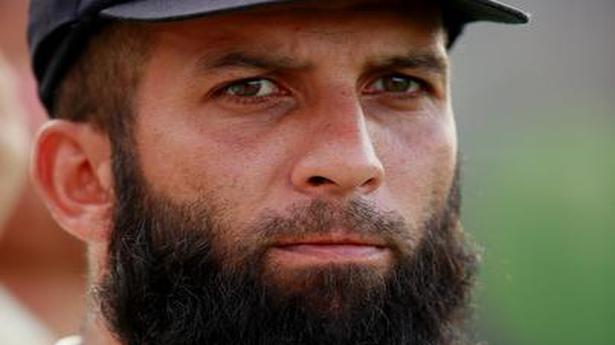 I’m enjoying myself, my game and challenges: Moe en Ali

Drafted into the side after the drawn first Test at Trent Bridge, the 34-year-old is featuring only in his second Test in two years.

England all-rounder Moeen Ali is relishing every bit of his Test return in the ongoing second match of the series against India at Lord’s in London, saying at this stage of his career he just wants to take it easy and enjoy the game.

Drafted into the side after the drawn first Test at Trent Bridge, the 34-year-old is featuring only in his second Test in two years.

Dropped from the Test side after the Ashes opener in 2019, Moeen last played a five-day game six months ago against India in Chennai.

“I’m happy with myself, I’m happy with the way I’m playing… I’m not taking it too seriously anymore; I’m going to enjoy it,” Moeen said after taking 2/52 on the penultimate day of the second Test on Sunday to leave the match wide open.

“I just wanted to be part of this series and do well, take wickets and a few runs, hopefully get some more runs. I feel all right with the bat so I’m just enjoying my cricket. It’s more about enjoying myself and trying to enjoy the challenge as much as I could,” he said.

“That was my aim really, it wasn’t the runs or the wickets so much, although they help,” added Moeen, who contributed a crucial 27 with the bat runs in the first innings.

In his last Test appearance in Chennai, Moeen dismissed India skipper Virat Kohli in both the innings to be England’s highest wicket-taker (8) and was also their highest run-scorer (43) in a 317-run defeat.

“That is probably something I moved away from, going back a couple of years, but I’ve been doing all right. Even when I played the Test out in India, I did okay and I know that I had one bad game against Australia in 2019 but before that, I was doing well as well, so I’m all good with everything,” Moeen said.

The off-spinning all-rounder dismissed a well-set Ajinkya Rahane (61) and Ravindra Jadeja (3) as India lost three wickets for 20 runs to finish the fourth day at 181 for six, leading England by 154 runs.

Apart from Moeen, it was paceman Mark Wood who made most of the impact as he dismissed both the Indian openers – KL Rahul (5) ad Rohit Sharma (21) before they could overturn the deficit.

Later, Wood returned with the old ball to get it rise sharply and take Chesterwar Pujara’s wicket, breaking his dogged resistance with Rahane.

“I was very pleased for him (Wood). He was telling me in the first innings that he doesn’t get the wickets he would like, and I said these things can happen and they will come. The way he bowled was fantastic and it was a great catch by me at deep square leg,” Moeen said about Woods.

“He fully deserved his wickets and the wicket of Pujara was massive. The way he ran in and banged the wicket with a soft ball on a dead wicket – he was fantastic.” Wood had an injury scare to his shoulder while attempting to save a boundary on day four but Moeen said he seemed to be “alright.”

Denial of responsibility! TechiLive.in is an automatic aggregator around the global media. All the content are available free on Internet. We have just arranged it in one platform for educational purpose only. In each content, the hyperlink to the primary source is specified. All trademarks belong to their rightful owners, all materials to their authors. If you are the owner of the content and do not want us to publish your materials on our website, please contact us by email – [email protected]. The content will be deleted within 24 hours.
Loading...
Aliall-rounder Moeen AliAshes openerChallengescricket matchEngland all-rounderenjoyinggame
Share

Can the same mask used against COVID-19, keep me safe from the wildfire smoke?- Technology News, Firstpost