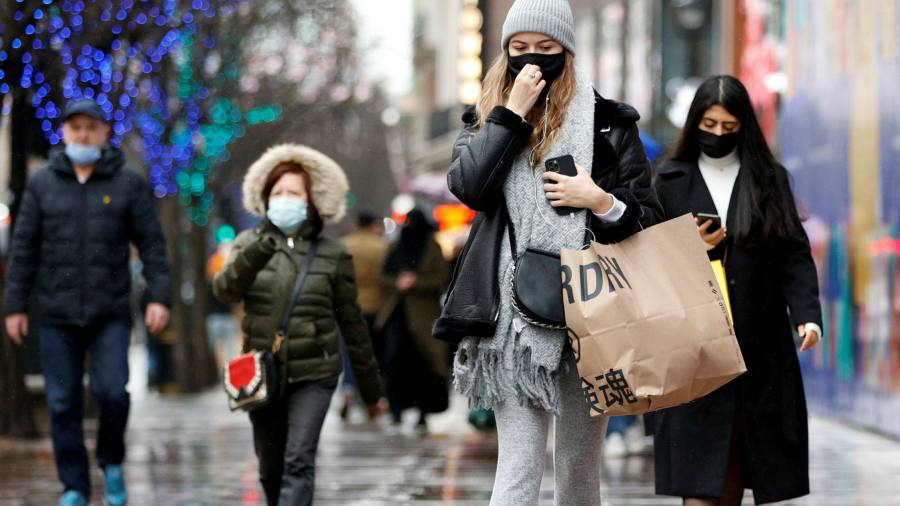 Impact of Omicron on UK economy expected to be modest

Boris Johnson’s decision to ride out the Omicron wave of Covid-19 infections with minimal restrictions might turn out to be the right call for the UK economy, according to academics who specialise in links between epidemics and economic data.

They have accused ministers of setting policy based on political expediency not strategy. But they believe Omicron is likely to pose only a modest jolt to the economy in December and January.

Tony Yates, an independent economist and former Bank of England official, said that, more by luck than judgment, the Omicron wave looks likely to pass without the need for tighter restrictions than those already imposed — notably to work at home where possible.

“Looking at things as they are, it seems that we might just escape without the NHS being overwhelmed, but it will be a close shave if we do,” he said.

With Omicron’s health impact proving to be less severe than feared in a heavily vaccinated society, many economists now believe they will be able to look back at the latest variant as nothing more than an annoying blip for the UK economy by the spring.

Samuel Tombs, UK economist at Pantheon Macroeconomics, said: “In the second quarter, gross domestic product should be close to the level it would have reached had the new variant not emerged.”

Economists have little doubt that when the official figures for December and January are published, they will show a contracting level of output as consumers hunkered down before Christmas and into the new year, spending less in shops, pubs and restaurants.

Real-time data from the Bank of England shows a sharp decline in spending in hospitality before Christmas and footfall was well down compared with the same period in 2019-20 before the pandemic.

But with most people still working, shopping and eating takeaways from home, they think the overall effect will be limited, just as the economic downturn in the Delta wave was minimal in the summer of last year.

UK retail sales rose 2.1 per cent in December compared with the same month last year, according to data compiled by advisory services firm KPMG with the British Retail Consortium, an industry body, published on Tuesday.

Consumer spending, which includes non-stores spending such as restaurants and cinemas, was up 14 per cent compared with December 2019, according to data by Barclaycard, which tracks nearly half of the nation’s credit and debit card transactions.

Sanjay Raja, a senior economist at Deutsche Bank, said: “It shouldn’t come as a shock that activity in December and January will be a little more subdued than before,” noting that restrictions in England of working from home and ministers urging people to be cautious would hit activity. “We only expect this [effect] to be modest,” he added.

Most economists are now pencilling in a decline in gross domestic product in December and January to follow what is expected to be a robust month of growth when official figures for November are published on Friday.

“The damage to the services sector from the resurgence in Covid means it’s likely that GDP fell in December and will struggle to grow much in early 2022, creating a weak starting point for expansion this year,” said Andrew Goodwin, chief UK economist at Oxford Economics.

But the dip should be short, he added, because Omicron was passing through the population so quickly with few formal restrictions. “Experience of previous virus waves suggests that the subsequent rebound is likely to be strong,” Goodwin said.

A bigger problem for the growth outlook this year, economists said, was the rise in the cost of living, which would hit real incomes, especially after April.

James Smith, developed markets economist at ING, said that, with wage pressures lower in the UK than in the US, “a sharp cost of living crunch . . . will cap consumer spending growth in the coming quarters”.

With economists relatively optimistic that the Omicron wave will pass without significant economic damage, the question for future waves of the virus will be whether the government should now take a different approach to restrictions when it comes and to future support for businesses and households.

Yates said that with vaccines already effective at preventing severe disease, there will no longer be such a large health or economic need to put in place curbs that delay infections. Although the nation’s future ability to deal with coronavirus will be better than it is currently, “the motive to push infections into the future is not as strong [as it was]”, he said.

Flavio Toxvaerd, an economist at Cambridge university who has long researched the best ways to control infectious diseases, emphasised the lack of government transparency regarding its thinking. “The prime minister recently talked at length about getting the balance between economic, social and health considerations just right but has provided no supporting evidence or analysis to back up the policies, other than to assert that the balance is right,” he said. 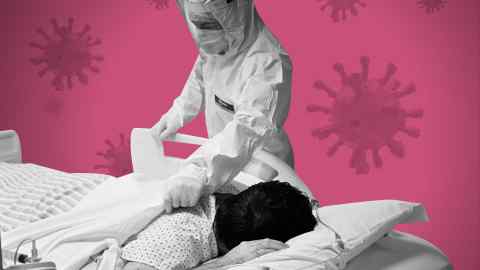 “Rather than carefully manoeuvring through the pandemic, the government has [always] chosen to ride out the wave and use the emergency brake at the last moment in case it is needed. This may prove to be more costly than more actively managing the spread of infection now,” Toxvaerd said.

His caution is echoed by most economists, who stressed that forecasts this year for the UK economy were still highly dependent on the course of the pandemic and the severity of future coronavirus variants.

Most expect the recovery from the initial pandemic shock to continue, with the pre-pandemic level of GDP surpassed in the first half of this year. But even with continued above-average growth rates, the UK economy is unlikely to return to its pre-pandemic trend this year.

Denial of responsibility! TechiLive.in is an automatic aggregator around the global media. All the content are available free on Internet. We have just arranged it in one platform for educational purpose only. In each content, the hyperlink to the primary source is specified. All trademarks belong to their rightful owners, all materials to their authors. If you are the owner of the content and do not want us to publish your materials on our website, please contact us by email – [email protected]. The content will be deleted within 24 hours.
business newsBusiness updateeconomyexpectedImpactModestnews updateOmicron
Share