Notice: amp_is_available was called incorrectly. `amp_is_available()` (or `amp_is_request()`, formerly `is_amp_endpoint()`) was called too early and so it will not work properly. WordPress is currently doing the `pre_get_posts` hook. Calling this function before the `wp` action means it will not have access to `WP_Query` and the queried object to determine if it is an AMP response, thus neither the `amp_skip_post()` filter nor the AMP enabled toggle will be considered. It appears the theme with slug `publisher` is responsible; please contact the author. Please see Debugging in WordPress for more information. (This message was added in version 2.0.0.) in /home/runcloud/webapps/techilive/wp-includes/functions.php on line 5313
 In Monaco, a Royal Collection of Cars - TechiLive.in 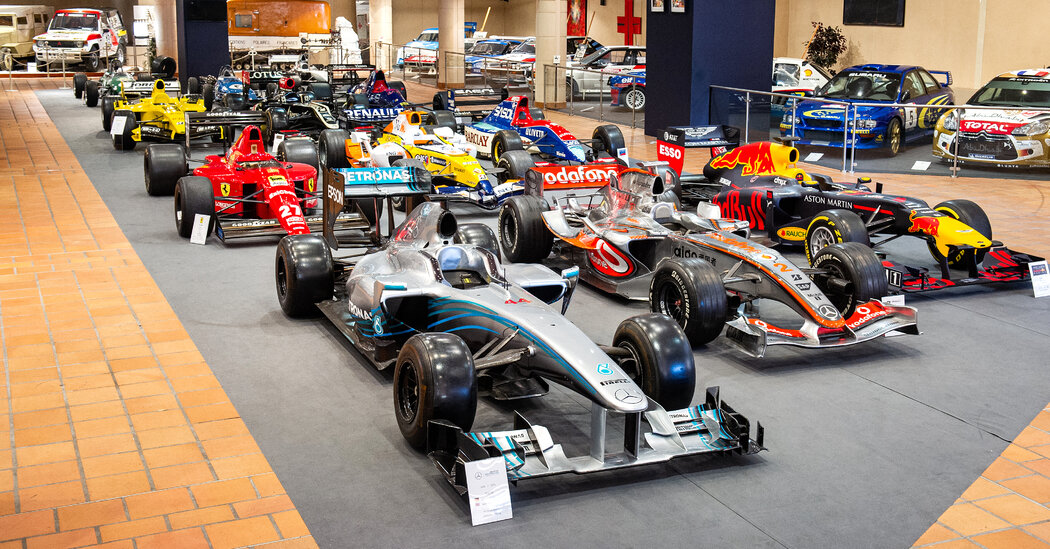 In Monaco, a Royal Collection of Cars

Be careful how you describe the assembly of cars gathered over several decades by the Grimaldi family in Monaco.

“It’s a private collection, not a car museum,” Prince Rainier III once said about his exhibition of vintage vehicles, which has grown to around 120 under the care of his son, Prince Albert II.

Still, people can buy tickets for 8 euros (about $10) to see the cars, as if it were a museum. Those cars include some from Formula 1, a 1956 Chrysler Imperial and the sporty-looking 1959 Renault Floride that belonged to Princess Grace, who died in a crash in 1982 when her Rover went off the road.

The collection, which has been on the Terrasses de Fontvielle at the center of Monaco for the past 30 years, is presided over by Valérie Closier, who has been its director for 17 months.

“Prince Rainier III was a lover of beautiful cars, and he began to build up a fine collection,” Closier said. “He was passionate and wanted to exhibit them in a unique place in order to present them to visitors.”

Following a three-month closure caused by the pandemic, the collection reopened last Monday, in time for the Monaco Grand Prix this weekend.

The latest addition is the 2019 Ferrari SF90 driven by Charles Leclerc, who was born in Monaco. In his first season with the team that year, Leclerc won races in Belgium and Italy.

“After that season with Ferrari, I signed a new contract, and one of my wishes was to have this car,” Leclerc said. “Ferrari was nice enough to accept it. I’m very happy, because it’s a memory I will keep forever. It is a very special car for me.

“It is now at the collection — because I didn’t have enough space in the living room in my apartment — so it is in good hands.”

The SF90 is one of 20 racecars on display. Closier said, “Motorsport is in Monaco’s DNA.

“The Monte Carlo Rally was created in 1911 to attract the jet set to Monaco and its casino,” she said. “It has since grown into a legendary and recognized international event, while the Monaco Grand Prix, that first ran in 1929, is one of the oldest and most prestigious races in the world.”

Closier’s own love of motorsport makes her ideal to oversee the collection. Her father was an amateur rally driver, and before long, she became his co-driver.

About a year ago she had organized an exhibition of rally cars that had been driven by Sébastien Loeb, Juha Kankkunen, Ari Vatanen, Didier Auriol, Hannu Mikkola and Michèle Mouton. Loeb and Vatanen’s cars remain in the collection.

Of the road cars in the collection, the oldest is a 1903 De Dion Bouton bought in the late 1950s by Prince Rainier III, in which he took part, with Princess Grace, in the 1968 London to Brighton rally.

A highlight of the collection is a 1956 Chrysler Imperial that was bought by Prince Rainier III during a visit to the United States. “It was with this car that he greeted Grace Kelly, who was not yet Princess Grace, upon her arrival by boat in Monaco,” Closier said.

“It has also been used many times in official processions, weddings, and notably transported General de Gaulle during his stay in Monaco.”

There is also the Floride, which was given to Princess Grace, the mother of Prince Albert II, by Renault. The car retains all its original features and has been driven just 5,000 miles.

Over the years, the cars have either been bought by Prince Rainier III or Prince Albert II, or they have been donated or lent. “Some collectors, who have rare or unusual cars, lend them to us to show our visitors,” Closier said.

In 2022, the collection will move to Port Hercules, in the middle of the grand prix circuit. “We are in the process of finalizing the project,” she added, “which will see the birth of an exceptional, prestigious place.”

Loading...
Denial of responsibility! TechiLive.in is an automatic aggregator around the global media. All the content are available free on Internet. We have just arranged it in one platform for educational purpose only. In each content, the hyperlink to the primary source is specified. All trademarks belong to their rightful owners, all materials to their authors. If you are the owner of the content and do not want us to publish your materials on our website, please contact us by email – admin@techilive.in. The content will be deleted within 24 hours.
carsCollectionMonaconews updateRoyalsports newssports updatetechi live
0
Share

His Comfort Is Not My Responsibility