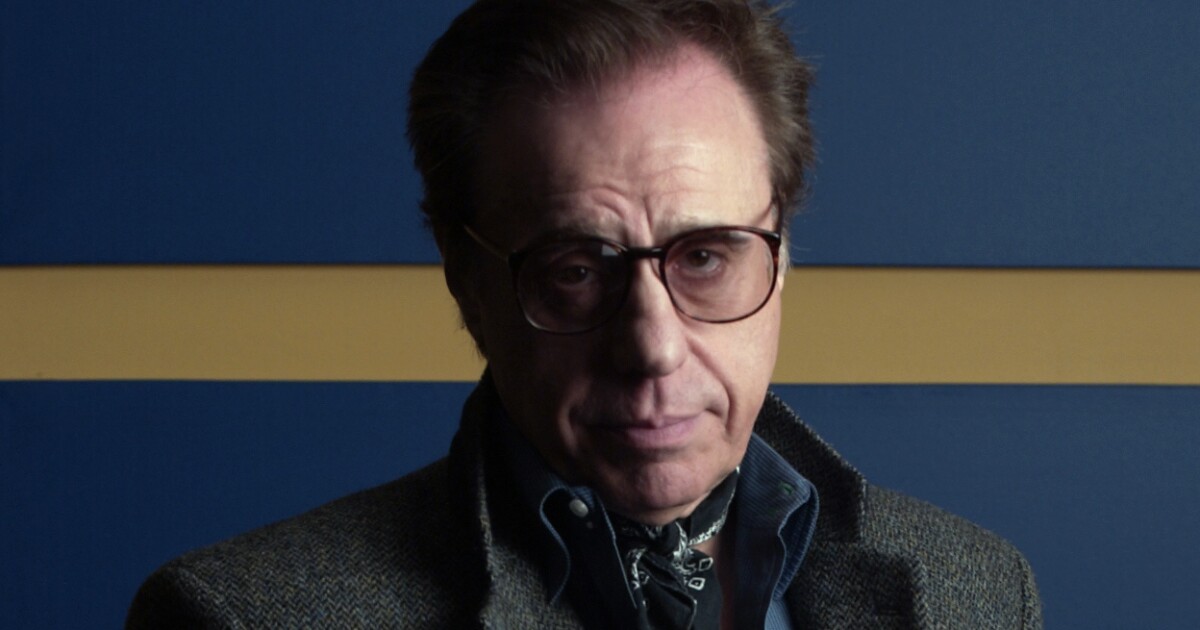 In Peter Bogdanovich’s best movies, and some of the worst, the past and present collide

From his first feature film, 1968’s “Targets,” to his last, 2014’s “She’s Funny That Way,” Peter Bogdanovich was always slightly out of step with his times. Given to a nostalgist’s over-indexing of the past, he nevertheless pressed on into the future, beginning his career with a then-unfashionable sympathy to those who came before and ending up with a whimsical air of delight to still be at it.

His complicated career is often depicted as cautionary tale of ego and success destroying one’s artistic integrity, and it is undeniable he made massive mistakes in his life and work. Frequently his own biggest obstacle, he also had a singular vision to fuse what once was with what could be.

Before he ever made a movie of his own, Bogdanovich had already made his mark on movie culture. A theater actor and director in New York, where he was born, he was involved in organizing landmark retrospectives of Alfred Hitchcock, Orson Welles and Howard Hawks at the Museum of Modern Art, helping to reshape their legacies. He wrote monographs on his favorite directors and worked as a journalist, with many of his articles later compiled into the book “Pieces of Time,” before setting out to Hollywood with his wife and collaborator Polly Platt to break into the movie business himself.

In “Targets,” he not only cast himself in a role as a young film director, giving himself the line “All the good movies have been made,” but at a moment of generation-gap tensions he clearly sided with the aging movie star played by Boris Karloff while looking with horror at a troubled young man who lashes out in violence.

His second film, “The Last Picture Show,” adapted from the novel by Larry McMurtry, would expand on these themes, depicting one small Texas town as it slowly shuts down. Despite a cast full of young talent including Jeff Bridges and Cybill Shepherd, the director’s sympathies for older characters, including those played by Cloris Leachman and Ben Johnson, gave the film its elegiac power. The film would be nominated for eight Oscars, with Leachman and Johnson both winning for their performances.

Bogdanovich followed that up with two more smash successes, 1972’s screwball throwback “What’s Up Doc?” starring Ryan O’Neal and Barbra Streisand, and 1973’s Depression-era-set “Paper Moon” starring O’Neal and his daughter Tatum. (Tatum O’Neal would also win an Oscar for her performance.) Yet Bogdanovich had already sown the seeds for his own downfall, having left Platt for Shepherd and moving into a Bel-Air mansion.

As Bogdanovich said to The Times in 2004, “I handled success poorly. When you’re hot, it’s a heady atmosphere — everybody kowtows to you. After all, you’re a director, creating illusions in your films, but it becomes hard to tell what’s an illusion and what’s reality.”

I handled success poorly. … It becomes hard to tell what’s an illusion and what’s reality.

Filmmaker Peter Bogdanovich to The Times in 2004

His 1974 adaptation of Henry James’ “Daisy Miller” starring Shepherd would be a notorious flop. He made a glorious mess of a movie with 1975’s “At Long Last Love,” a musical of Cole Porter songs with Shepherd, Burt Reynolds and Madeline Kahn doing their own singing and dancing, and the effort nevertheless has a charm and awkward grace all its own.

The marriage between Bogdanovich and Platt would be satirized in 1984’s “Irreconcilable Differences,” starring Ryan O’Neal and Shelley Long and written by Nancy Meyers and Charles Shyer. Platt’s life and career would be masterfully depicted in a 2020 season of the podcast “You Must Remember This,” unsparingly examining how badly Bogdanovich treated her in work and marriage, long denying her the credit she rightfully deserved for her role in his early, transformational successes.

1979’s “Saint Jack,” starring Ben Gazarra as a pimp in Singapore, got him back to work. In the comedic roundelay of “They All Laughed,” Bogdanovich found a way to tenderly depict Audrey Hepburn near the end of her career while also capturing the bloom of Dorothy Stratten at the beginning of hers. The film also featured John Ritter in a hilarious sendup of Bogdanovich himself.

Bogdanovich had begun an affair with Stratten, and in the devastating aftermath of her brutal murder — later depicted in Bob Fosse’s despairing “Star 80” — both the release of the film and Bogdanovich’s career would be derailed. (Bogdanovich would eventually marry Stratten’s younger half-sister Louise, and they divorced in 2001. The two co-wrote “She’s Funny that Way.”)

The filmmaker recovered with the heartfelt family melodrama of “Mask,” with a fine performance by Cher. “Texasville,” the ill-fated sequel to “The Last Picture Show,” seemed to find him giving in to his worst impulses of nostalgia and taking it easy on himself. 1993’s “The Thing Called Love,” a modest story of young strivers set amid the movie industry in Nashville that was River Phoenix’s final completed role, would be Bogdanovich’s last movie until 2001’s “The Cat’s Meow.” Based on the real-life mystery around the 1924 death of Thomas Ince, the film featured Kirsten Dunst as actress Marion Davies and utilized the tart melancholy underneath Dunst’s bubbly cuteness.

It makes sense that Bogdanovich would eventually strike up a mentor friendship with Wes Anderson and Noah Baumbach. Similar to those younger filmmakers’ work, Bogdanovich’s films often contained an exterior artifice that could be pierced to reveal raw emotions and a deep humanity.

With his affectation for a kerchief tied around his neck and popped-collar jacket, Bogdanovich cut a singular figure as he often made public appearances to speak about his films or those of his filmmaking heroes. (His impressions of Old Hollywood figures scaled quickly from charming to insufferable.) It became perhaps too easy to take him for granted, an assumption that he would somehow always be around.

He participated in the effort to complete Welles’ unfinished magnum opus “The Other Side of the Wind” in 2018. In the film, shot in the early ‘70s, Bogdanovich played a young film director paying respect to an old master, played by John Huston.

Having also found a sidebar as an actor — most notably on HBO’s “The Sopranos” — Bogdanovich, who had sensitively been making movies about older people from the very start of his career, may have found his greatest role as simply himself as eminence grise, a standard-bearer for days gone by that maybe never quite were.

Denial of responsibility! TechiLive.in is an automatic aggregator around the global media. All the content are available free on Internet. We have just arranged it in one platform for educational purpose only. In each content, the hyperlink to the primary source is specified. All trademarks belong to their rightful owners, all materials to their authors. If you are the owner of the content and do not want us to publish your materials on our website, please contact us by email – [email protected]. The content will be deleted within 24 hours.
Bogdanovichscollideentertainment newsEntertainment updateMoviesnews updatePeterpresent
Share

Mohit Malik on his mental strength and spiritual belief

Fireworks Safety Tips to Follow ahead of 4th July…

Sushmita Sen says, ‘I came close to getting married thrice,…