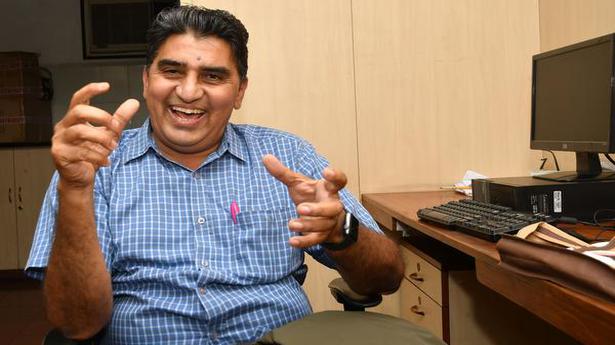 India and COVID-19 in images

Tamma Srinivasa Reddy, the only Indian photographer to be conferred the Fellow of The Royal Photographic Society this year, discusses how he documented the pandemic through photo stories

Tamma Srinivasa Reddy, 55, is the only Indian photographer to be recognised as Fellow of the Royal Photographic Society, Britain, this year. The announcement was made on November 4 in recognition of his photographs documenting India’s battle with COVID-19. The Vijayawada-based photographer who is on a visit to Hyderabad, is overjoyed with the honour: “To me, this means more than a Pulitzer Prize. I am happy to get this recognition as a photojournalist. Unlike international photographers who specialise in one genre of photography for decades, photojournalists in India juggle multiple assignments in a day — crime to politics, festivities to lifestyle.”

Reddy is the 18th Indian and third Telugu-speaking photographer, after the late Rajan Babu and Kusuma Prabhakar, to be recognised by the Royal Photographic Society (RPS), UK. Established in London in 1853, the RPS receives applications from photographers around the globe. “Several photographers might have submitted images pertaining to the pandemic. I tried to present an overview of how India, as a developing nation, is coping with the situation,” says Reddy.

The eagerness to document the pandemic began even before the nation-wide lockdown in March 2020. Reddy had travelled to Varanasi and noticed that international tourists were wearing masks. The mask protocol had not yet been enforced in India. “The locals also noticed an increase in dead bodies arriving at the ghats,” he says. Reddy also travelled to Mangaluru, and again, noticed international students wearing masks, “This was a sign of things to come.”

He returned to Vijayawada just before the nation-wide lockdown. He wanted to take photographs that could document the pandemic for posterity: “Images supposedly taken during the Spanish Flu of 1918 were surfacing on the internet. We need visual evidence that would tell the next generations how we coped with COVID-19.” 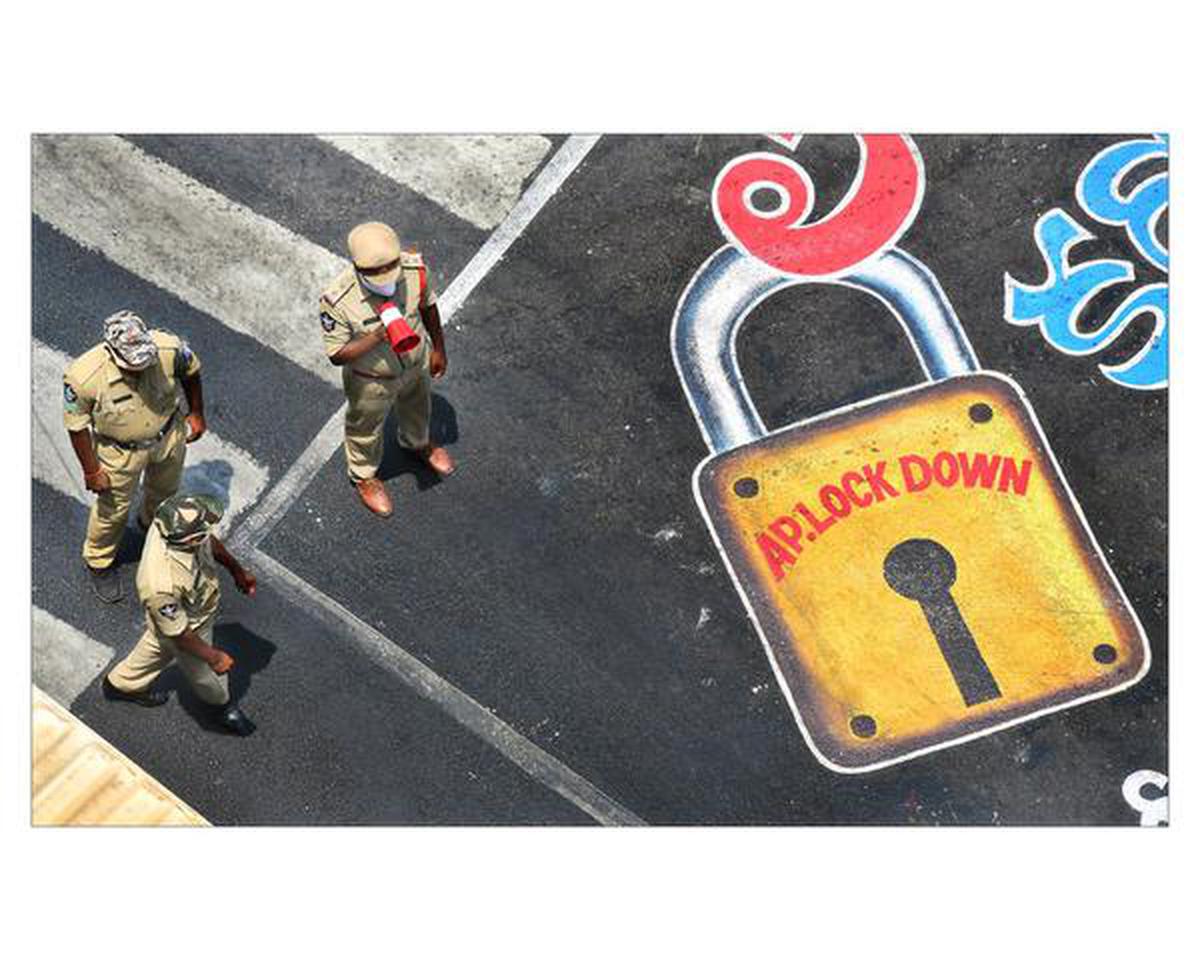 Nearly four decades of working with media organisations had helped him forge connections with the authorities and he got permission to photograph Vijayawada during the lockdown. He captured the eerie, vacant streets of the city using a drone. Several other photo stories followed — on frontline workers, travails of patients and families in hospitals, and animals during the lockdown: “I shot more than 11,500 images and was deliberating on what I should submit to the RPS. I decided to submit photographs that would serve as an overview of India during the pandemic,” explains Reddy.

For the FRPS, photographers are required to submit 21 images pertaining to a theme. He curated a selection from the images he clicked on the streets of Vijayawada, inside COVID-19 ICU wards, and a few images from Varanasi and Karnataka.

Reddy knew that his endeavour to document the pandemic was fraught with risks, despite using PPE kits. He stayed away from his family members, not wanting to put them at risk. What he witnessed within the hospitals left him shaken: “Each photograph has a story to tell.” 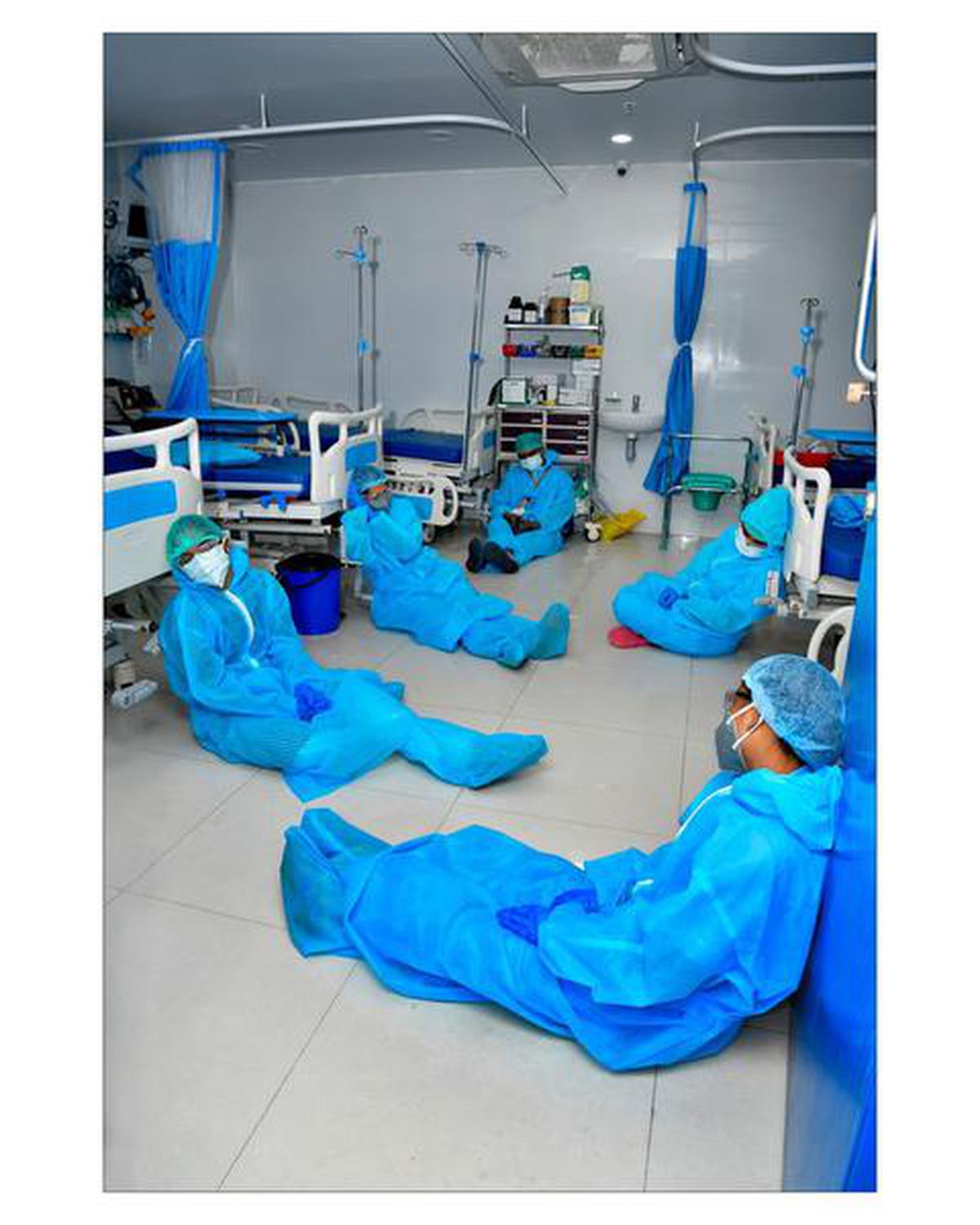 He witnessed the work of hospital staff who braved the stifling heat of the PPE kits in Vijayawada’s summer. He also watched as patients spoke to their kith and kin from hospital beds.

Today, Reddy is a name to reckon with in photojournalist circles. Born in an agriculture family at a village near Undavalli in Guntur district, Andhra Pradesh, he remembers the time when his mother earned ₹2 per day. She and the family rallied around him to see that he completes his education.

He was in Class X when he first spotted a news photographer who visited the Undavalli caves. “He was Mr Srinivas of The Indian Express. I looked at him and his camera with awe,” Reddy remembers. He then persuaded Srinivas to take him as an apprentice and slowly learnt to use the camera.

“My first camera was a Yashica that cost ₹700,” he remembers. Reddy began his career in 1984 and worked with leading Telugu, Hindi and English news organisations, before venturing out as a freelancer. The quest for national and international recognition began in 1989 as he worked on special photo projects from time to time.

Several awards came his way. Notable among them are the Raja Triambak Raj Memorial Award (2003) and the India Press Photo Award (2008) instituted by Ramnath Goenka Foundation for excellence in photojournalism for a photo documentary on Bonda tribes of Odisha.

The State Government of Andhra Pradesh conferred him with a Kala Ratna award in 2016. He is also the first Indian national to win the Grand Master title by the Image Colleague Society, USA. 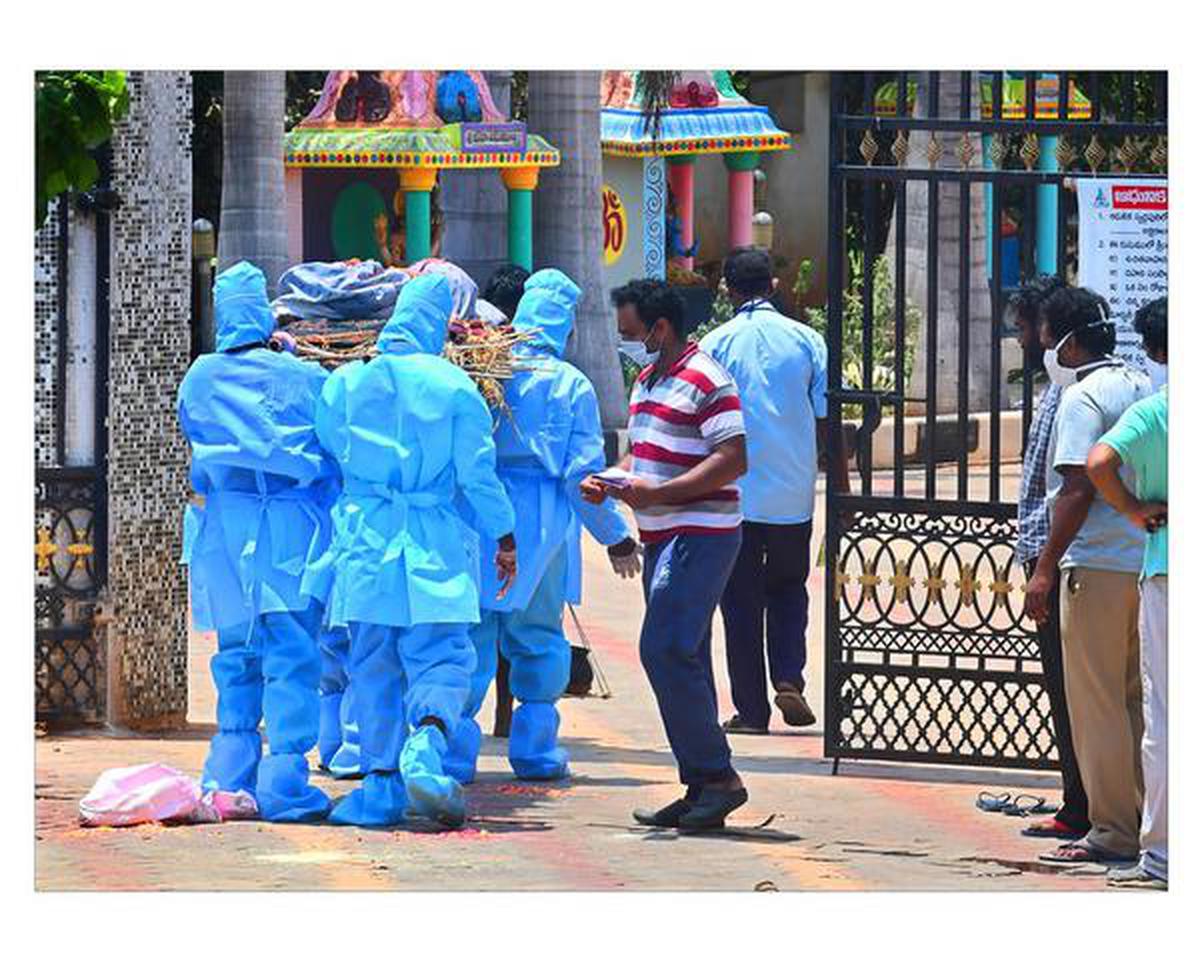 To be recognised by the RPS was a dream. He had made a few attempts earlier, submitting images on nature and wilderness in Tanzania, jallikattu in Alanganallur in Tamil Nadu, and the Kambala race in Karnataka, but in vain.

These recognitions apart, he recalls a hugely satisfying moment as a photojournalist, when his photograph of a girl child selling balloons was instrumental in uniting her with her family.

Reflecting on his journey, Reddy says, “Whenever I had the opportunity, I travelled far and wide and documented whatever I could.”

Denial of responsibility! TechiLive.in is an automatic aggregator around the global media. All the content are available free on Internet. We have just arranged it in one platform for educational purpose only. In each content, the hyperlink to the primary source is specified. All trademarks belong to their rightful owners, all materials to their authors. If you are the owner of the content and do not want us to publish your materials on our website, please contact us by email – [email protected]. The content will be deleted within 24 hours.
Covid-19Covid19entertainment newsEntertainment updateimagesIndianews updatePhotographer
Share

Lesson of the Day: ‘Migrants in Peril, and Raw Emotions, in a Volatile European Border Standoff’