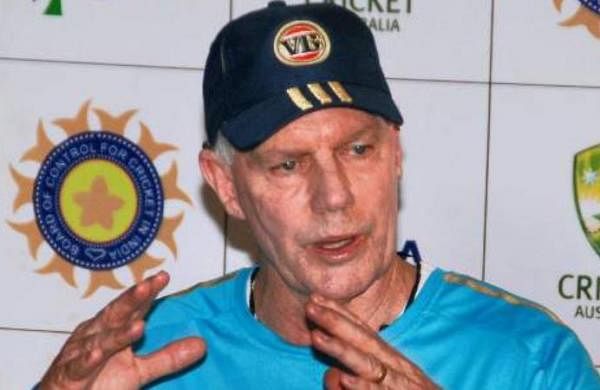 SYDNEY: Australia is no more the best country at identifying cricket talent, an aspect that India have mastered after taking inputs from the Aussie structure, former Aussie captain Greg Chappell has said.

Chappell said that both England and India are ahead of Australia in grooming young talent. He has proposed a radical overhaul of Australia’s domestic programme.

“India have got their act together and that’s largely because [India’s National Cricket Academy chief and former Test captain] Rahul Dravid has picked our brains, seen what we’re doing and replicated it in India and with their much larger [population] base,” Chappell told cricket.com.au

The former batsman warned that Australia face slipping further behind India and England unless major structural changes in domestic cricket are considered.

“Historically, we’ve been one of the best at developing young players and keeping them in the system, but I think that’s changed in the last couple of years,” the 72-year-old cricketer said.

“I’m seeing a bunch of young players with great potential who are in limbo. That’s unacceptable. We cannot afford to lose one player,” he said.

Chappell wants the Sheffield Shield — Australia’s premier domestic competition — to start as early as August or September each year to fit in a full 10-match season before the Big Bash League (BBL) T20 tournament gets underway.

The post-BBL period should be reserved for Australia A matches to provide a stronger level of first-class cricket beyond the Sheffield Shield, added Chappell.

The one-day tournament could be played in February-March or between Shield matches prior to Christmas.

“We’ve got full-time cricketers, so why do we have to be constrained by the regular timing of our cricket season? We’ve got access to these guys for basically 10 months of the year. One of the things I believe would make a big difference would be trying to play a full block of Sheffield Shield cricket so that guys get a run at red-ball cricket,” said Chappell.

“Playing five Shield games and then 50-over cricket and then BBL and then finishing the end of the Shield season just breaks up that opportunity to develop long-form batting, which is a good foundation for the other formats anyway. It’s harder for a young batsman to develop the basics of long form cricket than ever before.”

Denial of responsibility! TechiLive.in is an automatic aggregator around the global media. All the content are available free on Internet. We have just arranged it in one platform for educational purpose only. In each content, the hyperlink to the primary source is specified. All trademarks belong to their rightful owners, all materials to their authors. If you are the owner of the content and do not want us to publish your materials on our website, please contact us by email – [email protected]. The content will be deleted within 24 hours.
AussiesAustraliaAustralia CricketCaptainChappellGregGreg Chappellidentifying
0
Share