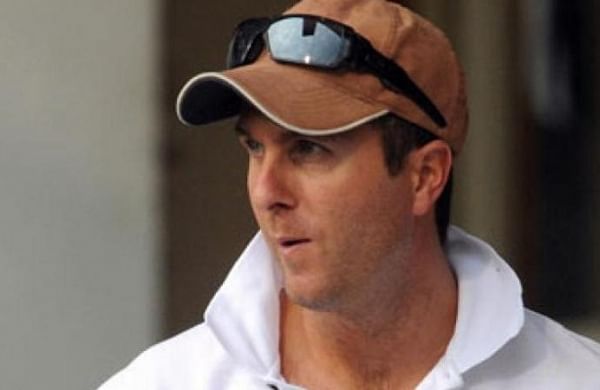 India did not have the determination and right mindset: Former England captain Michael Vaughan

LONDON: Former England captain Michael Vaughan has said for whatever reason, India did not have the determination and right mindset for the third Test at Headingley.

He also felt that the tourists need to pick Ravichandran Ashwin for the fourth Test at The Oval and break free from a false sense of security given by the tailenders after winning the second Test at Lord’s.

“India for whatever reason did not have the determination and right mindset. They have been aggressive and confrontational, but when you do that you have to deliver as well, and they did not. Surely they have to pick Ravi Ashwin next week. You cannot have four rabbits from 8-11 (tailenders). The resistance at Lord’s lulled them into a false sense of security about their tail. In reality, they cannot have Mohammed Shami coming in at eight,” wrote Vaughan in his column for The Telegraph on Sunday.

After a 151-run win in the second Test at Lord’s, India crashed to an innings and 76 runs defeat at Headingley on Saturday. India were bowled out for just 78 in the first innings and had a meltdown from 215/2 to 278 all out in the second innings.

Vaughan equated the five-match Test series to a tennis match and said that the series is still open for it takes a couple of hours for the match to change direction.

“In a five-match series, particularly with modern players, I think you have weeks where teams write off a match quickly if they go behind early. They almost treat it like a tennis match. It is as if they think, ‘we will give you this set and start again next week’. That was India’s approach after day one so I don’t think it is a series won yet just because England have done well at Headingley. We have seen here it only takes a couple of good hours at the start of the next match for that to change and Virat Kohli will soon be back at England again if his team start well at the Oval.”

The 46-year-old was in praise of captain Joe Root and Chris Silverwood in levelling the series 1-1.

“England have shown a lot of mental strength and character this week and that is down to Joe and Chris Silverwood. They create the environment, and whatever they have done allowed the players to turn this around quickly. They deserve credit for that after copping a lot of flak. Yes, I never have doubts about England when the ball is moving but they bowled well on Friday as well when it was good for batting. England were perfect. It is impossible not to give them 10 out of 10,” concluded Vaughan.

The fourth Test between England and India begins at The Oval from September 2.

Denial of responsibility! TechiLive.in is an automatic aggregator around the global media. All the content are available free on Internet. We have just arranged it in one platform for educational purpose only. In each content, the hyperlink to the primary source is specified. All trademarks belong to their rightful owners, all materials to their authors. If you are the owner of the content and do not want us to publish your materials on our website, please contact us by email – [email protected]. The content will be deleted within 24 hours.
CaptaindeterminationenglandIndiaIndia vs Englandindia vs England fourth testIndia vs England SeriesIndia vs England Test series
Share

The Things We Do | Book Review: Things Are Against Us by Lucy Ellmann

The dawn of the Djokovic Era