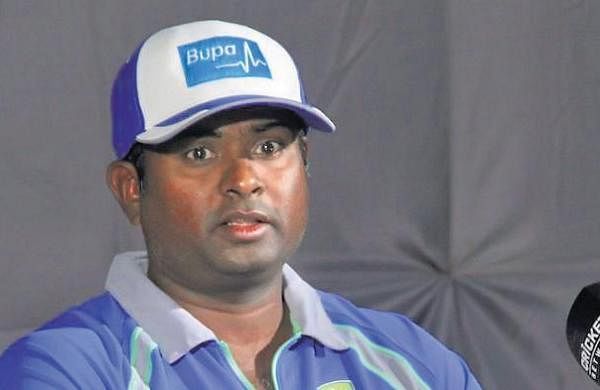 India have all bases covered for WTC final: Sriram

CHENNAI: Former India batsman and assistant coach of Australia Sridharan Sriram is expecting an intense Word Test Championship (WTC) final between India and New Zealand at Southampton in England next month. Having toured England in recent times as part of the Australian coaching staff, he believes that India hold the aces and tips the Virat Kohli-led side to claim the trophy.

“India is a quality side. Having done well against England in the last Test series, they will carry that confidence into the WTC final. They have a good chance to win,” said Sriram. New Zealand, meanwhile, will have the advantage of playing a Test series against England before the WTC final and have a good pace attack to exploit the conditions in England. Some former cricketers feel that New Zealand have the edge, but Sriram disagreed.

“I don’t think so. I think India is a very well-balanced side, they’ve got all bases covered. And the quality of India’s bowling will test the New Zealand batsmen. The Indian batsmen have a lot of experience now of playing overseas, so I do not think that New Zealand have an upper hand because of their bowling,” explained the former India batsman.

On the 2018 tour, India were quite reliant on Virat Kohli to deliver the goods. After struggling in 2014, the Indian skipper returned four years later and proved his mettle in those conditions with a total of 593 runs in five Tests at an average close to 60.  While Sriram acknowledges that the presence of Kohli will once again make a big difference, he feels that the recent Australia tour – where Kohli played just the first Test – was evidence that others are equally capable.

“I don’t think they (India) are over dependent on Kohli because they beat Australia in Australia without him. But obviously having Kohli is a big advantage given his calibre,” Sriram said. What sets Kohli’s batting apart from the rest? “His biggest attribute is the intensity he brings to every practice session. His desire to be the world’s best is unmatched,” observed Sriram, who has worked with Kohli in his capacity as batting and spin bowling coach of Royal Challengers Bangalore.

Denial of responsibility! TechiLive.in is an automatic aggregator around the global media. All the content are available free on Internet. We have just arranged it in one platform for educational purpose only. In each content, the hyperlink to the primary source is specified. All trademarks belong to their rightful owners, all materials to their authors. If you are the owner of the content and do not want us to publish your materials on our website, please contact us by email – [email protected]. The content will be deleted within 24 hours.
basesCoveredFinalIndianews updatesports newssports updateSridharan Sriram
Share