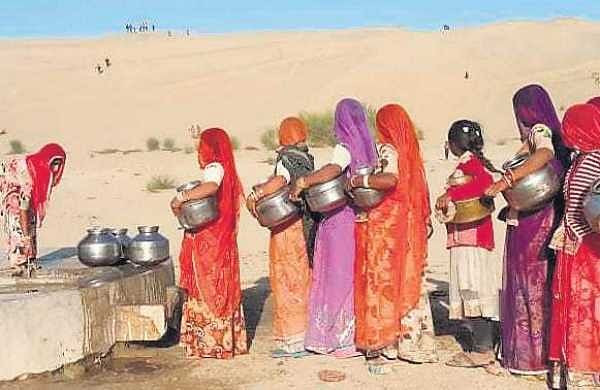 NEW DELHI: Populations of ancient humans using Acheulean stone toolkits persisted in India until about 177,000 years ago, shortly before the earliest expansions of our own species, Homo sapiens, across Asia, according to a study published on Wednesday, October 6, 2021.

The longest-lasting tool-making tradition in prehistory, known as the Acheulean, was characterised by distinctive oval and pear-shaped stone handaxes and cleavers associated with Homo erectus and derived species such as Homo heidelbergensis.

Latest research led by the Max Planck Institute for the Science of Human History in Germany re-examined a key Acheulean site at the margins of the monsoon zone in the Thar Desert, Rajasthan.

The study, published in the journal Scientific Reports, shows the presence of Acheulean populations until about 177,000 years ago, shortly before the earliest expansions of Homo sapiens across Asia.

The timing and route of the earliest expansions of our own species across Asia have been the focus of considerable debate.

However, a growing body of evidence indicates Homo sapiens interacted with numerous populations of our closest evolutionary cousins, the researchers said.

Identifying where these different populations met is critical to revealing the human and cultural landscape encountered by the earliest members of our species to expand beyond Africa, they said.

The researchers noted that although fossils of ancient human populations are extremely rare in South Asia, changes in the stone tool kits they made, used, and left behind can help resolve when and where these encounters may have occurred.

The latest research reports the relatively recent occupation of the site of Singi Talav by Acheulean populations up to 177,000 years ago.

The site was once thought to be amongst the oldest Acheulean sites in India, but now appears to be one of the youngest, according to the researchers.

These dates show the persistence of Acheulean populations in the Thar Desert after their disappearance in eastern Africa around 214,000 years ago and Arabia 190,000 years ago, they noted.

The study illuminates the environmental conditions that allowed Acheulean populations to thrive at the margins of the monsoon in the Thar Desert until at least 177,000 years ago.

“This supports evidence from across the region indicating that India hosted the youngest populations using Acheulean toolkits across the world,” said Jimbob Blinkhorn of the Max Planck Institute for the Science of Human History, the lead author of the study.

“Critically, the late persistence of the Acheulean at Singi Talav and elsewhere in India directly precedes evidence for the appearance of our own species, Homo sapiens, as they expanded across Asia,” Blinkhorn added.

The researchers noted that the site of Singi Talav, set on a lakeside close to the modern town of Didwana at the edge of the Thar Desert, was first excavated in the early 1980’s, revealing multiple stone tool assemblages.

The largest assemblage shows a focus on the production of stone handaxes and cleavers that are typical of the Acheulean, they said.

However, the techniques needed to accurately date these assemblages were not available at the time of their discovery.

“The lakeside setting has ideal preservation conditions for an archaeological site, enabling us to return 30 years after the first excavation and readily re-identify the main occupation horizons again,” said Blinkhorn.

These methods rely on the ability of minerals like quartz and feldspar to store and release energy induced by natural radioactivity, allowing scientists to determine the last time sediments were exposed to light.

“Ours is the first study to directly date the occupation horizons at Singi Talav, enabling us to understand both when ancient humans lived here and created the stone tool assemblages, and how these occupations compare with other sites across the region,” said Julie Durcan of the University of Oxford in the UK.

The Thar Desert sits at the western edge of the modern Indian summer monsoon system, and its habitability to ancient human populations likely fluctuated significantly.

The researchers examined plant microfossils, known as phytoliths, as well as features of soil geochemistry to reveal the ecology of the site at the time the Acheulean toolkits were produced.

“This is the first time the ecology of an Acheulean site in India has been studied using these methods, revealing the broader character of the landscape that these populations inhabited,” said Professor Hema Achyuthan of Anna University, Chennai, who also participated in the excavations at the site.

“The results from the two methods we applied complement each other to reveal a landscape rich in the types of grasses that flourish during periods with enhanced summer monsoons,” Achyuthan added.

Denial of responsibility! TechiLive.in is an automatic aggregator around the global media. All the content are available free on Internet. We have just arranged it in one platform for educational purpose only. In each content, the hyperlink to the primary source is specified. All trademarks belong to their rightful owners, all materials to their authors. If you are the owner of the content and do not want us to publish your materials on our website, please contact us by email – [email protected]. The content will be deleted within 24 hours.
AcheuleanAncestorsHomo sapiensHostedhumanIndialifestyle newslifestyle update
Share