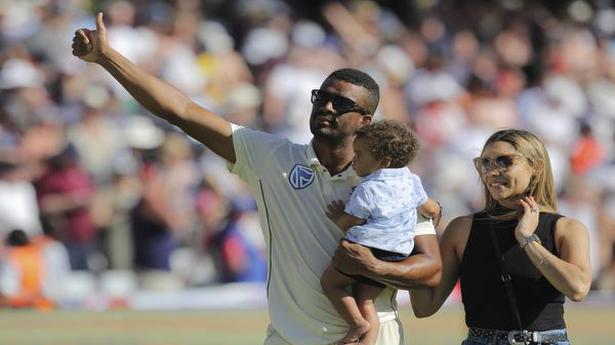 Vernon Philander had this unique ability to bowl in a straight line and get the ball to seam both ways from an off-stump line.

In a conversation with The Hindu here on Wednesday, Philander, who finished with 224 wickets from 64 Tests, said “The most important thing is to execute your plans when your team needs it.”

Philander, extremely accurate, said he achieved his control with limitless practice. “I would like to perfect my skills away from the game, come fully prepared and showcase it during the match.”

He said, “I could move it away across them but my most dangerous ball was the one that came into the left-hander.”

And he formed a potent combination with Dale Steyn and Morne Morkel. “We were a perfect combination. Steyn could swing the ball both ways at high speeds, I could seam it around and Morkel was a handful with his steepling bounce.”

Philander revealed, “Importantly, we understood each other’s roles, had that understanding and communication.”

Dale Steyn was the paceman he admired the most and Michael Clarke the most difficult batter he bowled at.

About the present crop of South African pacers, Philander said, “We could not see Anrich Nortje in this series. He can bowl at speeds close to 150kmph, and be hostile. Had he played, we could have had a completely different series.”

Philander said, “The attack is still inexperienced. Rabada has played most games. Jansen is tall, gets bounce and is slippery. He bowls a good bouncer. But you need consistency in selection for a pack to develop.”

Queried about the Indian pace attack, Philander observed, “Shami’s seam position is so good. He is skiddy too and wins a lot of leg-before appeals. With a unique action, Bumrah can rough up batters with his speed and bounce. And he has a great yorker.”

Philander said, “There is no weak link in this Indian attack. Siraj is good and I was very impressed with the skill and attitude shown by Shardul in this Test.”

Denial of responsibility! TechiLive.in is an automatic aggregator around the global media. All the content are available free on Internet. We have just arranged it in one platform for educational purpose only. In each content, the hyperlink to the primary source is specified. All trademarks belong to their rightful owners, all materials to their authors. If you are the owner of the content and do not want us to publish your materials on our website, please contact us by email – [email protected]. The content will be deleted within 24 hours.
AfricaBumrahConsistencycricket commentarycricket updatesDean ElgardevelopingElgar
Share

BioHealth Nutrition has Partnered With One Tree Planted

LeBron James among those critical of broadcaster’s ‘trigger’ comment