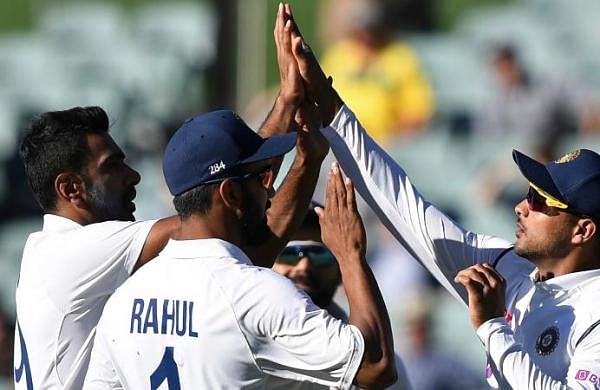 The loss in the third Test match at Headingley against England and the performance during the first days play of the fourth Test at The Oval, has Indian cricket fans and followers questioning the batting acumen of the Indians. It has given rise to critics mushrooming at every corner, offering cricket theories for the reason of their failure.

The Indian win at the Mecca of Cricket “Lord’s” has been forgotten. The Indian batting did fail badly in the first innings at Headingley, getting all out for just 78 runs but one has to understand the uncertainty of the sport. This is why, batting in cricket is a challenge, as the batsman has just one chance and 11 ways in which he can get out.

India’s captain Virat Kohli showed scant respect for the press during the conference after the Headingley disaster. One could feel the reason for his annoyance was because of the ridiculous questions that were being put forth to him. Most of them were related to advising the Indian captain and one of the best in the business, as well as his team, on their technique and what they should do to rectify it.

India is full of cricket experts, most with very little actual experience of playing the game and others who extend their knowledge by relaying their views by listening to experts on air.

The Indian team went in with a very positive mindset in the third Test match at Headingley. They showed that intent, when they opted to bat first after winning the toss. The first hour and a half of any cricket match is always a crucial period, especially, as the wicket is fresh and unknown. In the history of cricket, many sides have faltered in opting for the first use of the wicket but many have also prospered doing so. This is a gamble and a decision that all captains have to confront and it is naturally taken by them to get the best advantage for their side. Unfortunately, the struggle to bat first continued for the Indians at the Oval Test match as well on Thursday.

Indian batsmen in the past have also struggled against the swing and movement of the ball in England, New Zealand, Australia and South Africa.

However, with modern facilities and technology at their beck and call, with professional coaches to assist them, one would have thought that the Indian batting stars would have solved this issue.

Unfortunately, that is not the case. Not only among the Indians but also for most teams in the world. They too look ordinary when the wicket is a bit lively. One shudders to think how most of them would have fared in days when matches were played on uncovered wickets. The ball then darted in all directions with the bounce being unpredictable as well. Furthermore, there was no protection of arm, chest and thigh guards. The helmet came into being much later. This, therefore, compelled the batsmen to play close to their body and the bat was their only weapon to ensure protection from getting hurt or injured. Only after a batsman got the feel of the conditions did he then venture into playing adventurous shots.

Protective gear has made batting so much easier as now batsmen can, without fear of getting seriously hit, play their shots. Rishabh Pant is a good example of giving the bowlers the charge and standing well ahead of his batting crease, without the fear of having a broken skull.

The protection is what has made batmen into better stroke-players. However, in doing so, the defensive technique and skill has diminished drastically. The reason is because batsmen do not need the bat to protect themselves, and so it is not being used for defensive purposes but as an aggressive weapon.

The popular limited-overs version of the game has also been a crucial factor in batsmen looking to play forcefully with hard hands rather than subtly.

Batting technique over the years has changed from the earlier attractive stroke-makers to batsmen becoming more patient, cautious and steady in accumulating runs.

The days of the old fashion approach of accumulating runs is now a thing of the past. The new crop of players are being brought up playing entertaining cricket. This is the only way for a present-day cricketer to achieve recognition, success and adulation.

Cricket, somehow, has always created an emotional reaction from Indian cricket fans since its inception. The famous book of Amartya Sen “The Argumentative Indian” is so appropriate to the Indian cricket lover. The multi-media and digital world has brought the game into the lap of every cricket lover watching the proceedings like never before.

Luck, as they say, does play a major part in cricket. The famous lines “Khelna hai to Khelo, par aisa hi hoga” (play if you want to, but this is what is destined to happen) reflect truly in the life of a cricketer. These words are passed on from generation to generation in Indian cricket.

The quicker the followers of the game accept it the better it will be for the millions of followers of Indian cricket who get emotionally drained when their side loses.

They should realise that they are the prime reason that strike rates and lustrous sixes have taken precedence over patience and technique. So why prove the illustrious Amartya Sen wrong

(The writer is a former India Test cricketer)

Denial of responsibility! TechiLive.in is an automatic aggregator around the global media. All the content are available free on Internet. We have just arranged it in one platform for educational purpose only. In each content, the hyperlink to the primary source is specified. All trademarks belong to their rightful owners, all materials to their authors. If you are the owner of the content and do not want us to publish your materials on our website, please contact us by email – [email protected]. The content will be deleted within 24 hours.
argumentativecricketexpertsYajurvindrafullIndiaIndia Cricketnews updateSingh
Share

From Training Buddies to Life Partners

Tokyo Paralympics: Indian archer Vivek Chikara loses to David Phillips in Round of 16