Notice: amp_is_available was called incorrectly. `amp_is_available()` (or `amp_is_request()`, formerly `is_amp_endpoint()`) was called too early and so it will not work properly. WordPress is currently doing the `pre_get_posts` hook. Calling this function before the `wp` action means it will not have access to `WP_Query` and the queried object to determine if it is an AMP response, thus neither the `amp_skip_post()` filter nor the AMP enabled toggle will be considered. It appears the theme with slug `publisher` is responsible; please contact the author. Please see Debugging in WordPress for more information. (This message was added in version 2.0.0.) in /home/runcloud/webapps/techilive/wp-includes/functions.php on line 5313
 India, NZ pretty even but Black Caps might have edge in WTC final because of conditions, says Lee - TechiLive.in 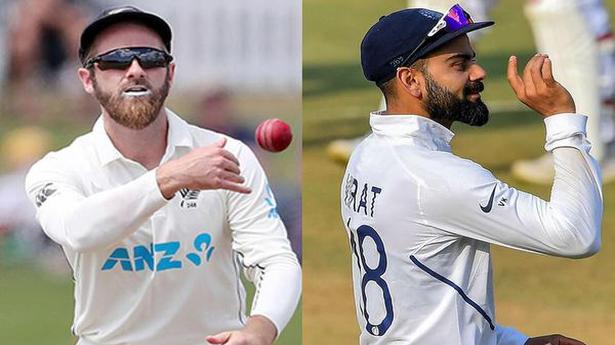 India, NZ pretty even but Black Caps might have edge in WTC final because of conditions, says Lee

Former Australian pacer Brett Lee believes New Zealand might have an advantage over India in the eagerly-awaited World Test Championship final in Southampton as the Black Caps are more accustomed to conditions favourable for swing bowling.

India and New Zealand will fight it out from June 18 in the marquee clash for which the Indians landed in England on Thursday. New Zealand, on the other hand, are competing in a two-Test series against hosts England right now.

“…I think it is pretty evenly matched there. I am thinking though with the experience of New Zealand because they have bowled in conditions which are similar back home…,” Lee told the ICC’s official website.

“…it may be conducive to fast bowling, to swing bowling. So that is where I think that the Kiwis might have an advantage purely from that fact.

“Now from a batting point of view, both sides have got batsmen that can play against swing bowling. But I think it comes down to bowling. I think whichever team bowls best will win the final.” An interesting sub-plot of the clash will be the different styles of captaincy that Virat Kohli and Kane Williamson will bring to the table. Lee said it would be an interesting battle.

“Kane is a lot more conservative without being boring. He has got a great cricket brain. I admire his level of calmness. He is a conservative captain, but attacks when he needs to. Because he is patient, and it works for him and his team,” the pace great said.

The players are quite familiar to each other thanks to the IPL.

Asked if the friendship forged in the IPL, like the one between Mumbai Indians teammates Trent Boult and Jasprit Bumrah, might have a bearing on the the intensity of the contest, Lee rejected the suggestion.

“When you get out there, it is war. It is a battle, and you are playing for your country. That will not change.”

Denial of responsibility! TechiLive.in is an automatic aggregator around the global media. All the content are available free on Internet. We have just arranged it in one platform for educational purpose only. In each content, the hyperlink to the primary source is specified. All trademarks belong to their rightful owners, all materials to their authors. If you are the owner of the content and do not want us to publish your materials on our website, please contact us by email – admin@techilive.in. The content will be deleted within 24 hours.
Loading...
blackBrett LeeCapsConditionscricket commentarycricket updatesEdgeFinal
0
Share

India, New Zealand pretty even but Black Caps might have edge in WTC final because of conditions: Lee