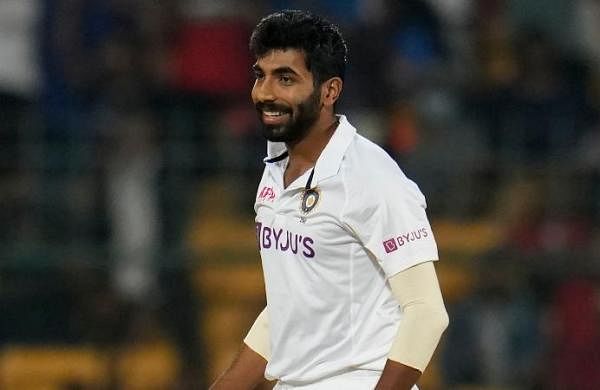 CHENNAI: Before we begin, let’s rewind a bit. Almost a year ago, England and India were in the middle of a gripping series. Even though the scoreline in 2018 will never do justice to how close these teams fought, 2021 was different in every sense, it was a cliffhanger. There was something magical at Lord’s on the final day, it was felt even by people sitting 4000 miles away. At The Oval, the euphoria hit a crescendo. A Covid outbreak in the Indian team meant the climax at Manchester never arrived. In short, the power was abruptly cut off in the middle of a thriller.

Ten months later, the moment is here. Edgbaston — England’s own Gabbatoir — is the venue and the two teams, having undergone plenty of changes in their leadership set-up, will square-off in what looks to be a brown pitch with a bit of grass cover. It is hard to second guess how the pitch will behave, but if one goes by the indications from the Indian camp, it is going to be batting friendly than the surfaces they encountered last year. In that sense, it is totally different to what unfolded in the earlier part of the series, where the surfaces had juice and bowlers had the upper hand so it invariably came down to which batting unit put up a brave show.

For a team that looked every bit heading towards a series defeat at home, a lot has changed for England. Between the two teams, it is the hosts who come into the match fully prepared thanks to their recent series win over New Zealand. India, on the other hand, are slightly under-cooked and are playing their first Test in more than three months under a new captain.

With Rohit Sharma, yet to recover from Covid, out, Jasprit Bumrah will become the 36th captain to lead India in Tests. He will also be the first Indian fast bowler to do since Kapil Dev. In a season where all the focus has been on their white-ball cricket, this Test comes as a one-off. Yet, it is one where they will be looking to finish the job they left mid-way.

Having embraced an aggressive brand of cricket under the leadership of Ben Stokes and Brendon McCullum, it would be interesting to see how India responds to it. They are without KL Rahul and Rohit Sharma, the two openers who played a big role in helping them take a 2-1 lead. In their absence, Shubman Gill remains a sure starter, and one among Cheteshwar Pujara and Mayank Agarwal is expected to partner him at the top. It is understood that the team management is not keen on tinkering with Hanuma Vihari and Shreyas Iyer, who were picked to bat at No 3 and 5.

While the changes in the batting is more of a forced one, it is in the bowling unit where there is likely to be a surprise. Right through those four Tests, India, under Virat Kohli and Ravi Shastri combo, were bold enough to play four pacers in place of an in-form Ashwin. You could see why they did it. With a history of becoming the first team to win back-to-back series in Australia and England in the offing, they believed four pacers will deliver them the job and they did.

However, England’s aggressive approach and the pitch on offer means India are open to playing two spinners at Edgbaston with Ashwin set to partner Ravindra Jadeja. On the fast bowling front, while Bumrah and Mohammed Shami are sure starters, the toss-up for one remaining spot is between Shardul Thakur and Mohammed Siraj. It is understood that the former has a strong chance of making the XI thanks to his batting abilities which was at the forefront at The Oval, where he scored two fifties.
For England, this Test is another opportunity to continue the momentum they gained against New Zealand as South Africa awaits them next.

Denial of responsibility! TechiLive.in is an automatic aggregator around the global media. All the content are available free on Internet. We have just arranged it in one platform for educational purpose only. In each content, the hyperlink to the primary source is specified. All trademarks belong to their rightful owners, all materials to their authors. If you are the owner of the content and do not want us to publish your materials on our website, please contact us by email – [email protected]. The content will be deleted within 24 hours.
almostyearsbeckonsEdgbastonenglandEpisodefaceFinalGap
Share

Sensex, Nifty fall over 1% as bulls take a breather

You Can Now Wear Ezio Auditore’s Clothes From…