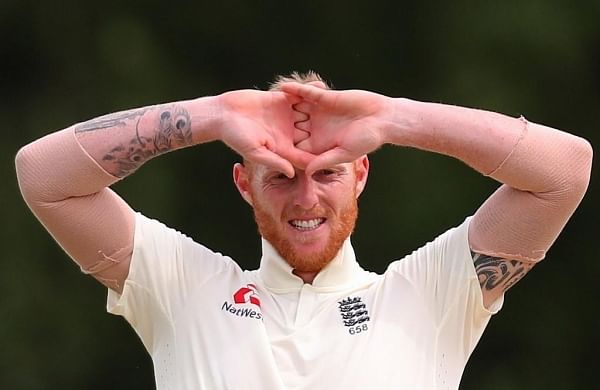 LONDON: England men’s head coach Chris Silverwood on Wednesday named a 17-player squad for the opening two Tests of the five-match series against India starting at Trent Bridge on August 4.

All-rounder Ben Stokes returns to the Test squad after he missed the two-match series against New Zealand in June to enable continued management of the finger injury he sustained during the Indian Premier League. Jofra Archer (right elbow) and Chris Woakes (bruised heel) are both unavailable due to injury.

Archer continues to progress following elbow surgery but is not ready at this point to return to Test cricket. Woakes suffered a bruised heel last week and is expected to be available later in the series.

Stokes captained England to a 3-0 series win in the Royal London Series against Pakistan earlier this month and has since rested from cricket to optimise his preparation ahead of the India Tests.

“Jos Buttler, Jonny Bairstow and Sam Curran also come back into the Test squad. Ollie Robinson is included after he took seven wickets on his Test debut against the Black Caps at Lord’s,” stated ECB in an official release.

Denial of responsibility! TechiLive.in is an automatic aggregator around the global media. All the content are available free on Internet. We have just arranged it in one platform for educational purpose only. In each content, the hyperlink to the primary source is specified. All trademarks belong to their rightful owners, all materials to their authors. If you are the owner of the content and do not want us to publish your materials on our website, please contact us by email – [email protected]. The content will be deleted within 24 hours.
ArcherBen StokesChris SilverwoodChris WoakesenglandEngland test cricket teamIndiaIndia Tour of England
0
Share