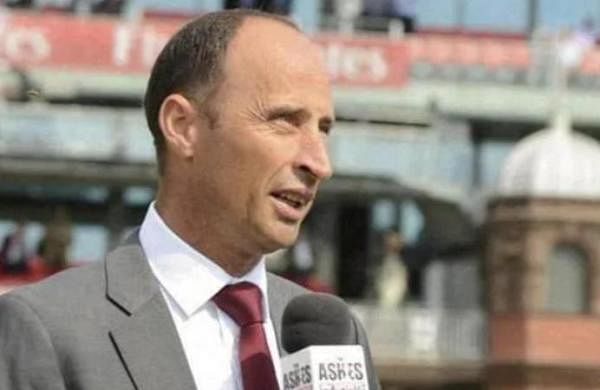 India vs England: The elephant in the room is the IPL, says Nasser Hussain after Test cancellation

LONDON: Former England skipper Nasser Hussain put the blame for the cancellation of the fifth Test between Indian and England at Old Trafford to cricket’s relentless scheduling, adding that the “packed schedule” and “the elephant in the room that is the Indian Premier League” had created the mess.

After several conference calls and feverish attempts by the England and Wales Cricket Board (ECB) and the Board of Control for Cricket in India (BCCI) to find a solution, the Test was called off because “the Indian players refused to play”.

Captain Virat Kohli is said to have conveyed on behalf of the Indian cricketers that an infection could show up in the next couple of days among the tourists — as the negative Covid-19 test results on the eve of the match were not a guarantee of an infection not germinating.

But BBC cricket correspondent and former cricketer Jonathan Agnew had reported on Friday that India refused to play so as to protect the unfinished IPL, which is scheduled to resume in the UAE from September 19. The league is worth crores of rupees to some of the Indian players and thousands of crores of rupees to the BCCI.

In his column for the Daily Mail, Hussain wrote on Saturday, “Sure, they (spectators) will get their money back but they will not get to see any action, will not be reimbursed for travel and accommodation and are missing out on what might have been a thrilling conclusion to a fabulous series.

“This was a complete and utter mess. Unfortunately, though, it is where we are in the world of cricket right now due to a packed schedule and the elephant in the room that is the Indian Premier League. As soon as Covid got into the tourists’ camp, some of the decision-making was about that tournament, and it is worth remembering that India have always been wary about the positioning of this Test match so close to it,” said Hussain.

Hussain said that the IPL was non-negotiable for the Indian cricket board, adding that the BCCI was not too happy about the positioning of the fifth Test close to the IPL, which is being held in the United Arab Emirates.

“You will recall that they tried to get it moved. Because of the finances involved, the IPL is non-negotiable to them. It simply has to take place. And so when a team pull out of a match like this, it reaches an inevitable but sad conclusion for Test ticket-holders. With no wriggle room for re-scheduling, the best they can hope for now is a stand-alone match in future.”

In fact, Tom Harrison, the Chief Executive Officer (CEO) of ECB has said that England and India facing each other in a rescheduled Test will be a stand-alone situation.

“Naturally, puritan cricket-lovers will be asking how we got to a stage where we are prioritising the next franchise tournament over Test matches but that is where we are, and it is not going to change. This is a player-power situation, just as we saw 10 months ago from England when Covid hit their camp in South Africa — some players wanted to get off to the Big Bash, others were just desperate to get home for Christmas,” added Hussain.

Denial of responsibility! TechiLive.in is an automatic aggregator around the global media. All the content are available free on Internet. We have just arranged it in one platform for educational purpose only. In each content, the hyperlink to the primary source is specified. All trademarks belong to their rightful owners, all materials to their authors. If you are the owner of the content and do not want us to publish your materials on our website, please contact us by email – [email protected]. The content will be deleted within 24 hours.
Loading...
CancellationElephantEnglandTheHussainIndiaIndia vs EnglandIndia vs England fifth testIndia vs England Series
Share