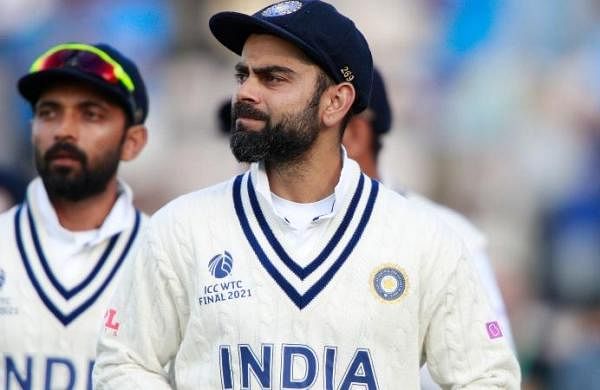 India vs England: Virat Kohli has a hit at the nets as Indians play warm-up game

DURHAM: India skipper Virat Kohli on Wednesday had a proper net session as the Rohit Sharma-led Indian team took on County Select XI in Durham. During the lunch break on Day 2 of the ongoing game, Kohli hit the nets and had a long batting session, where he was seen unleashing both defensive and attacking shots.

A lunch time net session for the @BCCI captain at Emirates Riverside.

Kohli missed the warm-up game as had been advised rest after he felt stiffness in his back late on Monday evening, while vice-captain Ajinkya Rahane has mild swelling around his left upper hamstring which has been addressed by an injection.

On Tuesday, Indians won the toss and opted to bat against County Select XI. The likes of Mohammed Shami and Ishant Sharma have also been rested for the game. KL Rahul hit a classy hundred while Ravindra Jadeja scored a gutsy fifty (75) to revive Indians’ innings on Day One of the three-day warm-up game.

At stumps, India ended at 306/9 as Rahul and Jadeja headlined the visitors’ show with standout performances.

The BCCI on Wednesday informed that pacer Avesh Khan remains under observation after sustaining a blow to his left thumb on Day 1 of the ongoing three-day warm-up game between Indians and County Select XI. “UPDATE – Fast bowler Avesh Khan remains under observation of the BCCI Medical Team. He will not be taking any further part on Day 2 and Day 3 of the warm-up game,” tweeted BCCI.

India cricketers Washington Sundar and Avesh had been picked in the playing XI for the County Select XI for the three-day warm-up game.

Loading...
Denial of responsibility! TechiLive.in is an automatic aggregator around the global media. All the content are available free on Internet. We have just arranged it in one platform for educational purpose only. In each content, the hyperlink to the primary source is specified. All trademarks belong to their rightful owners, all materials to their authors. If you are the owner of the content and do not want us to publish your materials on our website, please contact us by email – [email protected]. The content will be deleted within 24 hours.
BCCICounty Select XIDurhamenglandgameHitIndiaIndians
0
Share

An urn that doubles as a planter: It’s the latest in L.A.’s death positivity movement