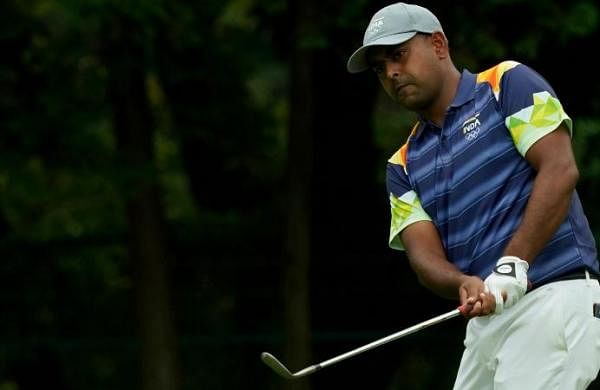 JACKSON: Indian American golfer Sahith Theegala could not pull off his maiden PGA Tour triumph but finished a career-best tied-8th at the Sanderson Farms Championship here.

The 23-year-old, whose parents shifted to US from India, had a final round of 1-under 71, even as Sam Burns, 25, earned his second Tour victory in his 87th start following a one-shot win over Nick Watney and Cameron Young.

After holding at least a share of the lead each of the first three rounds this week, rookie Theegala finished at 19-under and tied eighth.

India’s Anirban Lahiri, who missed the cut this week, will return next week at the Shriners Hospital Open, as will Theegala.

Korea’s Si Woo Kim produced his career’s fourth hole-in-one on the PGA Tour for a tied eighth finish, which maintained his solid start to the new 2021-22 Season.

The 26-year-old Kim hit the magical ace with a four iron on the par-3 seventh hole at Country Club of Jackson en route to a final round of 6-under 66 and 19-under 269 total that left him three strokes behind winner Burns.

In the season-opening event two weeks ago, Kim, a three-time PGA TOUR winner finished T-11th at the Fortinet Championship and enjoyed his first top-10 of the new season following an impressive final round here which saw him hit 12 fairways and 17 greens in regulation.

“I did not know it went in. It was hard to see it,” said Kim of his hole-in-one.

“Unfortunately, the camera did not get the moment. I cannot keep it and share it with golf fans. However, it definitely helped to keep the score low.”

Chinese Taipei’s C.T. Pan finished a further shot back on 18-under in equal 11th place after signing off with a 68.

Another Korean, Sungjae Im, settled for tied 31st position following a 69 to end the week on 13-under.

Denial of responsibility! TechiLive.in is an automatic aggregator around the global media. All the content are available free on Internet. We have just arranged it in one platform for educational purpose only. In each content, the hyperlink to the primary source is specified. All trademarks belong to their rightful owners, all materials to their authors. If you are the owner of the content and do not want us to publish your materials on our website, please contact us by email – [email protected]. The content will be deleted within 24 hours.
8thAnirbanAnirban LahiricareerbestendsIndianAmericanLahiriMisses
Share

What are the Ill-Effects of a Sedentary Lifestyle?

On Steve Jobs’ 10th death anniversary, Elon Musk wishes he could have spoken to him – Times of India