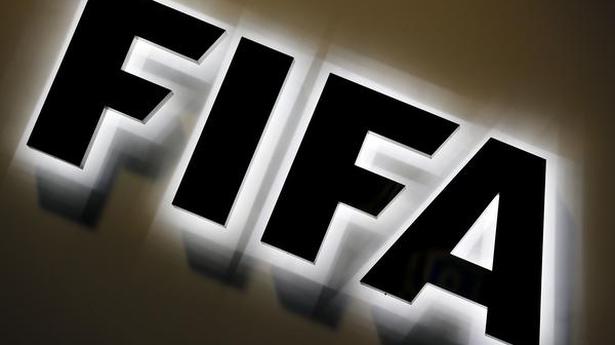 A FIFA ban, on account of delayed elections to the AIFF, may result in the Women’s U-17 World Cup being shifted outside India

A FIFA ban, on account of delayed elections to the AIFF, may result in the Women’s U-17 World Cup being shifted outside India

Amid the continued threat of a FIFA ban on the All India Football Federation (AIFF), the Supreme Court said on Thursday it will first deal with the issue of holding elections to it so a democratically elected body is in place well ahead of the under-17 Women’s World Cup.

A FIFA ban, on account of delayed elections to the AIFF, may result in the Women’s U-17 World Cup being shifted outside India. The tournament is to be held in three venues from October 11 to 30.

A bench of Justices D. Y. Chandrachud and Surya Kant said it will hear on August 3 the modalities for holding the elections, days after the final draft constitution of AIFF prepared by the Committee of Administrators (CoA) was submitted to the Supreme Court for approval.

“We are putting you on guard that we will not be able to devote the amount of time to finalise the entirety of the constitution. We will go by the suggestions that some directions may be issued for holding of the elections. Put a body in place and conduct the tournament in October.

“When we are laying out the modalities of the elections, we will also lay down modalities for fixing the electoral college,” the bench said.

Constitution to be ready by end of July: FIFA

Senior advocate Gopal Sankaranarayanan, appearing for the Committee of Administrators, said international football governing body FIFA has written a letter saying the constitution needs to be in place by the end of July.

He submitted that there should be no rush in deciding the constitution of AIFF.

“I don’t think FIFA can believe that it can rush the court and AIFF in taking such decisions. Those who have been sitting in power in such bodies promote themselves to international bodies. When SC hauls them up, they write to international organisations,” Mr. Sankaranarayanan said.

He said, in the meanwhile, an interim body like CoA could be one of the administrators.

“I am a patriot and don’t want to be a spoilsport when the Prime Minister is going to be in that event. If an interim mechanism can be worked out….,” he said.

The top court had on July 21 endorsed the need to expedite the elections to the AIFF and directed that the objections which have been preferred to the draft constitution as proposed by the CoA will be considered expeditiously by it.

The apex court had on May 18 appointed a three-member Committee of Administrators (CoA) headed by former top court judge Anil R. Dave to manage the affairs of the AIFF and ousted NCP leader Praful Patel-led executive committee which had overstayed its four-year term by two years.

The top court had asked the three-member CoA to immediately take charge of the AIFF and directed the erstwhile committee to play a consultative role in discharge of the functions of the CoA like holding tournaments and selection of players.

Denial of responsibility! TechiLive.in is an automatic aggregator around the global media. All the content are available free on Internet. We have just arranged it in one platform for educational purpose only. In each content, the hyperlink to the primary source is specified. All trademarks belong to their rightful owners, all materials to their authors. If you are the owner of the content and do not want us to publish your materials on our website, please contact us by email – [email protected]. The content will be deleted within 24 hours.
AIFFaiff committee of administratorsaiff crisisAll India Football FederationAvoidbanCourtFIFA
Share