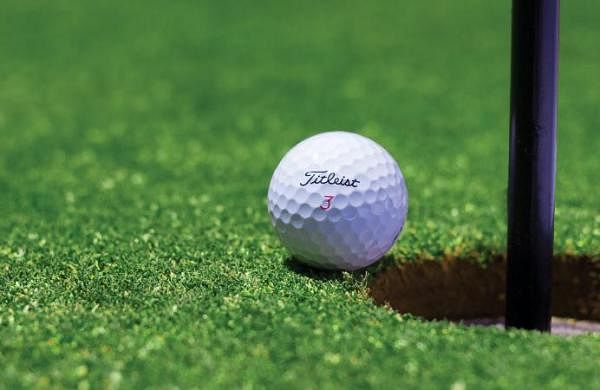 CAPETOWN: Indian golfer Tvesa Malik battled swirling winds and gusts of up to 35km per hour but still made the cut at the Investec South African Women’s Open, here.

Malik began promisingly with a birdie did not gain any shot after that, finished with a disappointing 7-over 79.

However, it still was enough to make the cut comfortably at T-18 as all players struggled in difficult conditions.

South Africa’s Nicole Garcia who had an early start made ample use of better conditions as she shot 1-over par 73 to total even par 144 and took a one-shot lead over Lee Ann Pace (75) into the weekend.

No player is under par for two rounds.

Tvesa, who was T-5 after the first day, started with a birdie but then had six bogeys, including two on the last two holes, and a double bogey.

On a difficult day at Westlake Golf Club, late starters faced a tougher draw and first round leaders Lee-Anne (75) and Lydia Hall (77) were unable to beat Garcia’s score.

Three-time SA Women’s Open winner Pace carded a round of 75 with one birdie to sit one-shot back from the leader.

Alongside her is Germany’s Leonie Harm, who also made the most of a late start, and clinched back-to-back birdies on 16 and 17 for a round of 72.

Scotland’s Kylie Henry, who made an eagle on the par-five 13th, is a shot further back at two-over-par in fourth place after carding a 72.

The halfway cut fell at +12, with 66 players advancing to the weekend in the first event of 2021 on the Ladies European Tour.

Denial of responsibility! TechiLive.in is an automatic aggregator around the global media. All the content are available free on Internet. We have just arranged it in one platform for educational purpose only. In each content, the hyperlink to the primary source is specified. All trademarks belong to their rightful owners, all materials to their authors. If you are the owner of the content and do not want us to publish your materials on our website, please contact us by email – [email protected]. The content will be deleted within 24 hours.
AfricacutGolfergustyIndianIndian golfInvestec South African Womens OpenMalik
0
Share