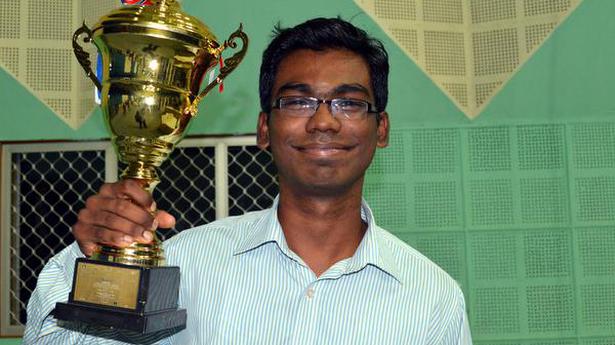 Sethuraman (Elo 2644) collected 7.5 points from nine rounds to emerge winner on the basis of a better tie-break score after Daniil Yuffa of Russia also finished level with the Indian player.

In the ninth and final round played late on Thursday, Sethuraman beat Hakobyan in a Catalan Closed variation game.

Sethuraman, who was the top seed, remained unbeaten through the nine rounds, winning six matches and drawing three.

He finished strongly, scoring wins in his last three rounds, including over fellow Indian N.R. Visakh and Armenia’s Aram Hakobyan.

“Elated to win the Barcelona Open 2021,” he tweeted after the win.

Sethuraman gained 8.5 Elo points thanks to the triumph while Karthikeyan (Elo 2606) increased his by 6.4 points.

Sethuraman and Karthikeyan had played out a draw in the fifth round.

Karthikeyan won six games, drew two and went down to Hakobyan in the sixth round. He finished equal on seven points with four others, including fellow Indian Aravindh Chithambaram, but clinched the third spot on the basis of a better tie-break score.

In the final round, Karthikeyan outplayed WGM R. Vaishali in 30 moves.

Loading...
Denial of responsibility! TechiLive.in is an automatic aggregator around the global media. All the content are available free on Internet. We have just arranged it in one platform for educational purpose only. In each content, the hyperlink to the primary source is specified. All trademarks belong to their rightful owners, all materials to their authors. If you are the owner of the content and do not want us to publish your materials on our website, please contact us by email – [email protected]. The content will be deleted within 24 hours.
BarcelonaBarcelona Open 2021ChessGrandmasterIndianIndian Grandmasternews updateOpen
Share

How to Shop for Meat (And Feel OK About It)

Casemiro to stay at Real Madrid