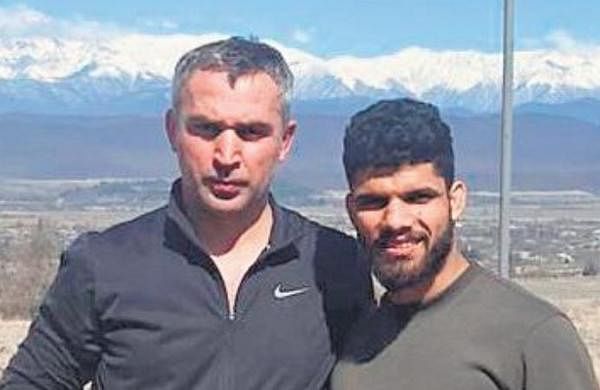 CHENNAI: A three-member Indian contingent comprising two judokas and a coach will leave for Budapest, Hungary, on Tuesday for the World Championships. The team will reach the venue via Paris. The Judo Federation of India (JFI) also submitted a plan to the Sports Authority of India for these judokas to have an exposure trip in France. If approved, the team will head to France from Hungary for the four-week training.

Jasleen Singh Saini (-66kg) and L Shushila Devi (-48kg) were chosen by the federation for the competition scheduled from June 6 to 13. Only one of them can qualify for the Tokyo Games. Shushila leads the ranking chart with 989 points and is 69 points ahead of her compatriot Jasleen.

“The team, including coach Jiwan Sharma, is leaving tomorrow (Tuesday). All of them returned negative in the two tests mandated by the organising committee,” said a JFI source.

As per the Covid protocols in Hungary, every member from the participating team has to present at least two negative Covid certificates on arrival in Budapest.  The tests are required to be done a maximum of five days before arrival and 48 hours apart. They will be tested again on arrival.

“Although only one judoka can make the Olympic cut, we have named both of them for the training camp in France. If we get permission, the team can fly directly for France from Budapest, otherwise it will come back to the country,” added the source.

Shushila will be in action on the inaugural day of the championships while Jasleen’s event is scheduled for the next day. Only participation in the Worlds can fetch 20 points while a win in the first bout means a judoka can bag 200 points. Winning the 1/32 round will help an athlete earn 240 points while winning pre-quarterfinals will ensure a judoka 320 points.

Denial of responsibility! TechiLive.in is an automatic aggregator around the global media. All the content are available free on Internet. We have just arranged it in one platform for educational purpose only. In each content, the hyperlink to the primary source is specified. All trademarks belong to their rightful owners, all materials to their authors. If you are the owner of the content and do not want us to publish your materials on our website, please contact us by email – [email protected]. The content will be deleted within 24 hours.
Loading...
FranceIndianjasleen singh sainiJudojudo federation of indiaJudo World ChampionshipsjudokasJune
0
Share

Cloudera to be acquired, turned private by CD&R, KKR in $5.3 billion deal | ZDNet